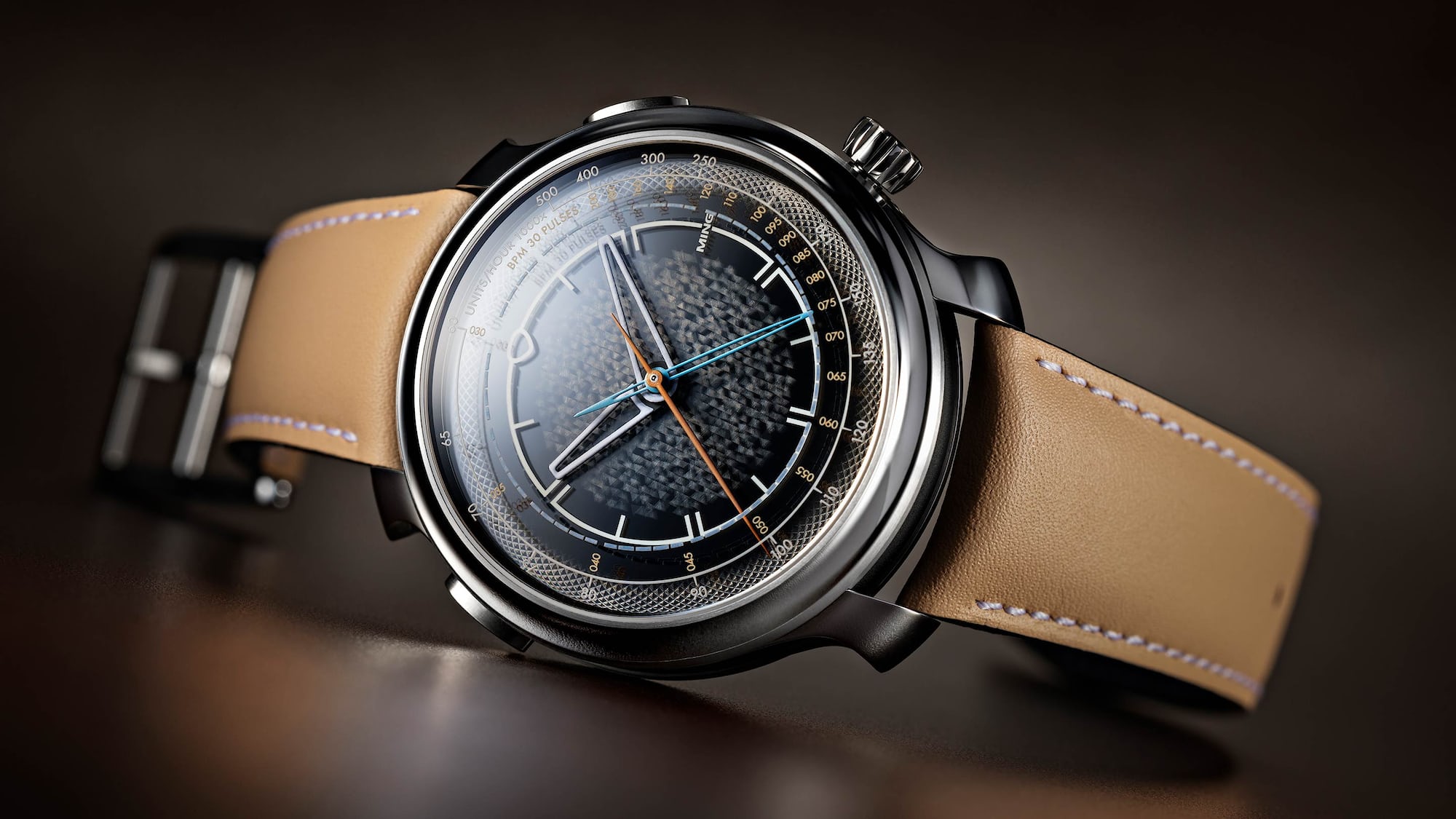 The new 20.01 Series 2 chronograph from Ming started out as a unique piece concept watch, back in early 2020, as the 20.01 S1 Concept. The watch uses a modified Agengraphe chronograph caliber, developed by complications specialist Jean-Marc Wiederrecht, who established a complications workshop called Agenhor in 1996. The 20.01 S1 concept was followed later in 2020 by an eight-piece limited edition with a Mosaic crystal (first seen in July in the 20.11 Mosaic time-only watch) and last week, Ming announced the largest limited series production version of a Ming Agengraphe chronograph yet.

The 20.01 Series 2 is a product of the Ming SPC, or Special Projects Cave, which is a workshop dedicated to exploring unusual concepts, creating prototypes, and in some cases producing watches in a limited series. Previous SPC projects have included the Abyss Concept diver’s watch, and the Ouj Celestial III, a collaboration with ochs und junior.

While the 20.01 Mosaic has a Mosaic, laser-etched transparent dial, the new 20.01 Series 2 has an opaque Mosaic dial. The Series 2 also adds tachymetric and pulsometric scales (a tachymeter measures units over time, such as miles or kilometers per hour; a pulsometer is used to measure heartbeats per minute, via the pulse).

The version of the Agengraphe chronograph movement used in the Series 2 is different from the original and a somewhat busier version first released in 2017, from a company you ordinarily wouldn’t associate (at all) with a highly innovative, technically advanced chronograph movement. Fabergé released the first version of the Agengraphe in its Visionnaire chronograph, which had three central chronograph hands for the elapsed seconds, minutes, and hours, as well as two peripheral hands for the hours and minutes.