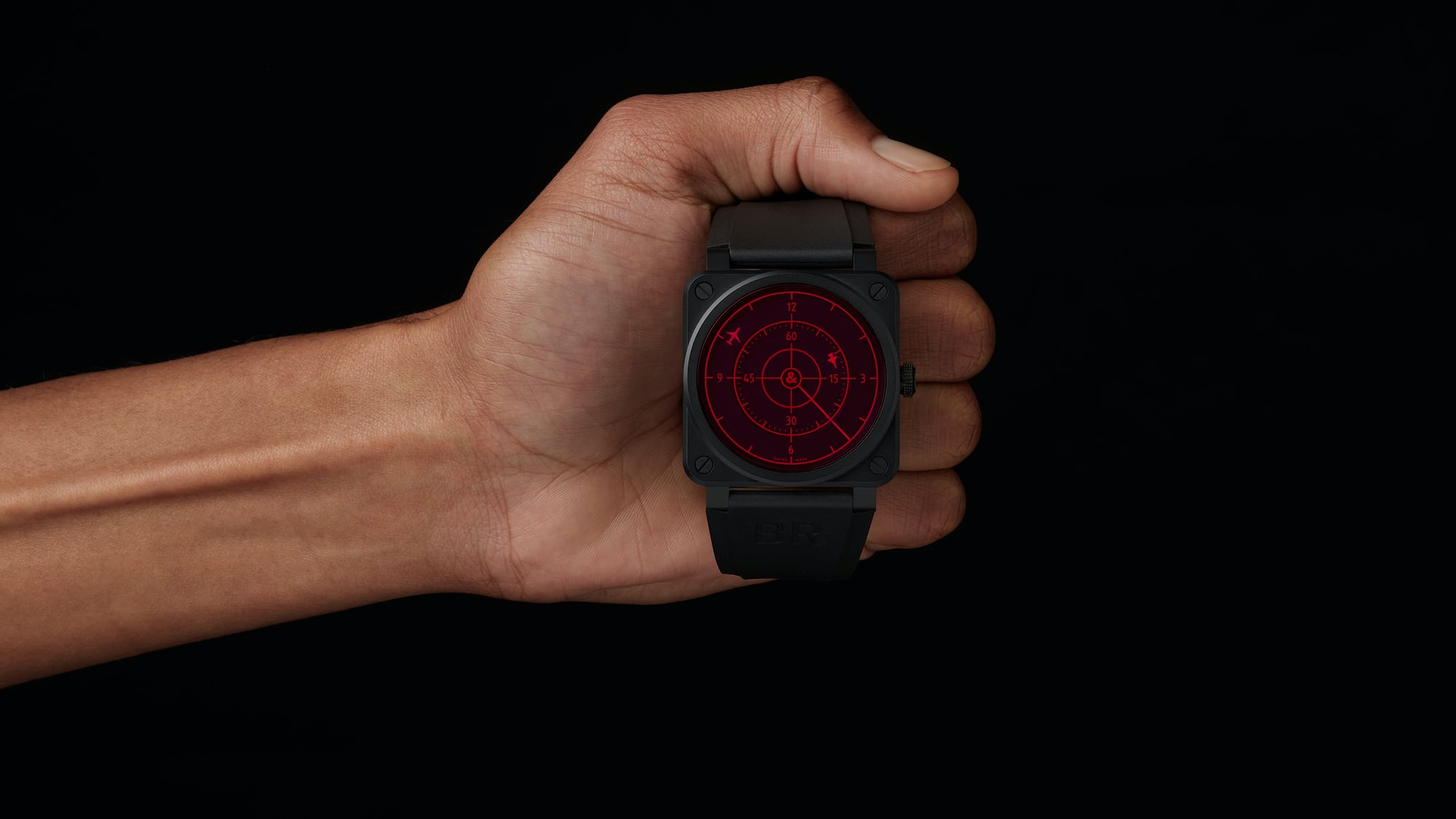 Everyone has an opinion about Bell & Ross. It’s the kind of brand you either get or you don’t. Whichever side you fall on, you can’t deny that it’s developed a signature style. That B&R aesthetic sits somewhere between military-inspired and industrial – resulting (typically) in blacked out, square-shaped cases with highly legible, utilitarian dials.

Yesterday, the brand unleashed a new – and yet familiar – watch into the fold with the BR-0392 Red Radar, a 42mm number with the recognizable Bell & Ross case design. The first iteration of this piece debuted at Baselworld in 2011 and was one of the more surprising releases that year. Ten years later, the brand is unveiling a black ceramic variation with a dial reminiscent of literal aircraft control radars. The time is read via a system of rotating discs, coupled with an analog hand, and everything is concealed by a red sapphire crystal. Just like the original model, this is limited to 999 pieces (1,000, I guess, was just too many).

They say aircraft controllers have one hardest jobs in the world – and I have to think part of the difficulty is learning to read radar displays and react accordingly. Looking at this watch, if you didn’t know better, you’d probably think it was just a flight radar attached to a rubber strap. But that actually underscores what makes this piece so interesting, especially at its $4,300 price point ($700 cheaper than the original model). You see, Bell & Ross is using a pretty rudimentary movement with the BR-CAL.302 ( a Selitta-SW300-1 base). This is a standard off-the-shelf caliber which has been modified by the brand. A lot of companies say that though – modified. But what does it really mean? In this case, a lot.

What B&R has done is develop a disc system and mounted it to the movement itself. This allows for the creative and wild look of the dial. Even the brand refers to this as a “watchmaking UFO.” But this isn’t the first time it’s elevated base movements to this degree, or even used disc systems to effectuate unique-looking displays – but it’s no less cool each time. I have to think there’s a learning curve in terms of …read more