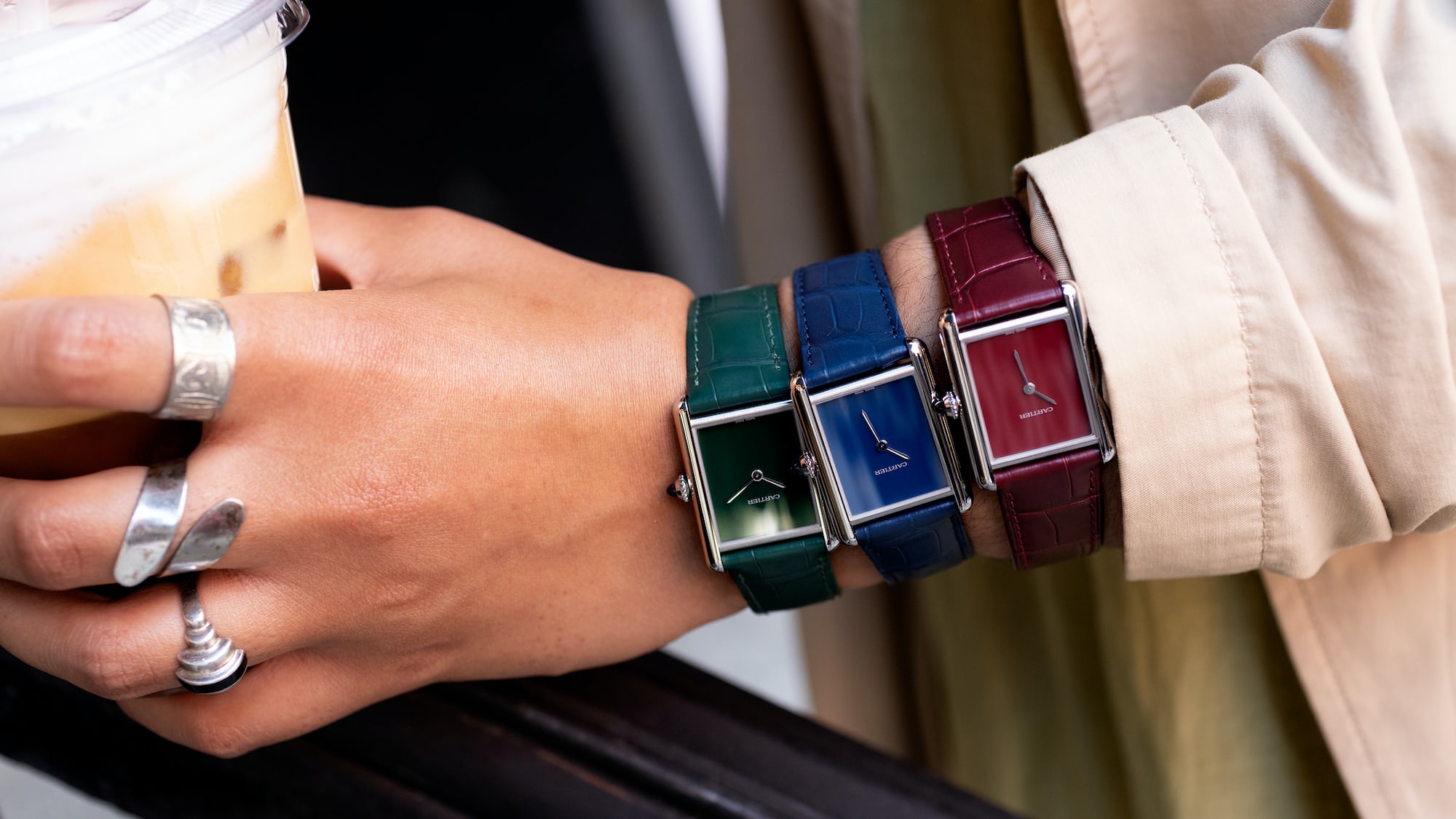 We’ve now gotten to the point where blue-chip Swiss watch brands are paying homage to watches born out of the quartz crisis. We’re talking about a time when prestige brands – like Cartier – were fighting to stay alive, and the only thing that could save them was … batteries. Just imagine Rolex releasing a modern Oysterquartz. I’m not saying it couldn’t happen, but it would be wild. In any event, Cartier went this route back in April, when it announced one of its splashiest Watches & Wonders releases: The new line of colorful Tank Musts.

The burgundy, blue, and green Tanks were (and remain) the year’s most talked-about releases. Think about that: Three quartz-powered stainless steel timepieces taking the watch world by storm. That’s the magic of Cartier. The Tank is an iconic design which has withstood over a century of watchmaking developments. As the horological world changed, the Tank both endured and adapted. There’s no better evidence of that adaptation than the original Must de Cartier line which made the brand both accessible and fun at a time when it needed to be both.

As the quartz crisis (or revolution depending on whose side you’re on) ravaged the horological universe, shuttering many established watch brands, Cartier employed the “if you can’t beat ’em, join ’em” offensive. At the time, the brand’s new ownership saw the Tank as the vehicle to turn things around. The result was the Tank Vermeil, otherwise known as the Must de Cartier collection – gold-plated, minimal watches with colored dials. With quartz movements, and a $500 price tag, the collection was a hit – to say nothing of the fact that its styling and colorful offerings were a perfect match for the bright synthesized ’80s. The new Tank Must watches pay tribute to those ’80s models.

The first thing I noticed upon seeing the new colorful Tank Must collection in person was just how minimal the dials are. There are absolutely no markers of any kind – so no points of reference to tell the time.

From a functional standpoint, this is difficult. But on reason it doesn’t bother me too much is actually the quartz movement. You only have to go through setting it once and then it’s good to …read more