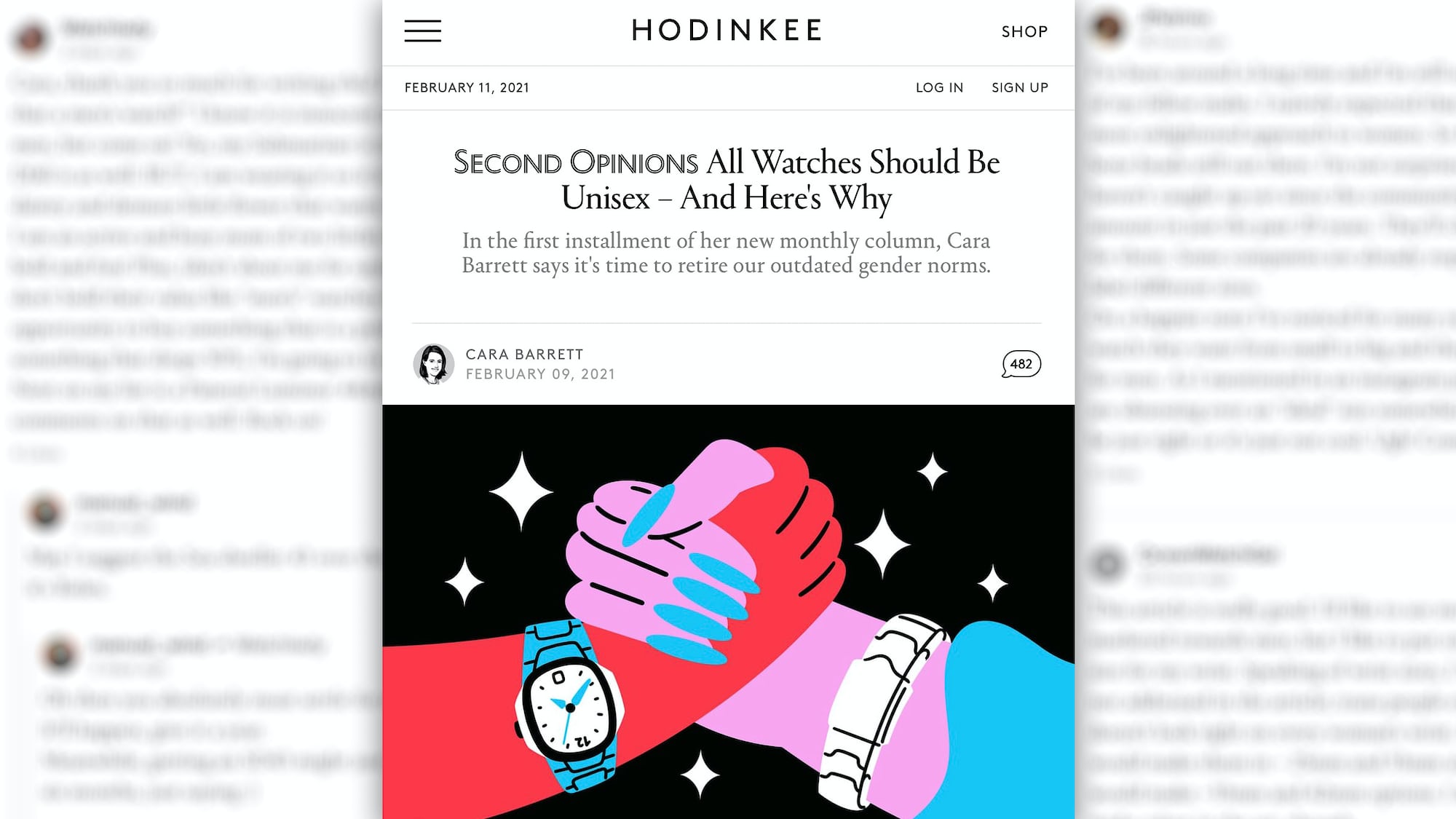 On Tuesday, we published Cara Barrett’s essay All Watches Should Be Unisex – And Here’s Why, the first installment of her monthly column. We published this piece in hopes of starting a conversation, and start one we did – with 400+ comments on the article and counting. Robust, healthy conversation is what makes this community so great.

Today, we’d like to highlight some of your thoughtful responses:

“As wristwatches were invented for women, one could argue that we’re all wearing women’s watches.” – Its_Tricky

“It cuts the other way too. My dad, who has become interested in watches because of me, loves smaller watches. He’s a big burly dude with giant wrists, but smaller watches just feel more comfortable for him. He recently bought a vintage dress watch for himself which has become his favorite watch because of how thin and comfortable it is to wear. When he went to get a new strap for it, he was bummed because ‘it turns out it’s a woman’s watch.’ I tried to reassure him that it’s not a ‘woman’s’ watch, it’s just a watch and if he loves it, who cares, but those messages – that some watches are for some people and not others – are powerful. Had the watch been listed as a woman’s watch, I’m not sure he would have bought it.” – kclockha

“…Some of my favorite talking watches were with Moki Martin and David Williams. These are men who had incredible, emotional stories tied to their watches, yet the watches themselves weren’t categorically on par with a mortgage. I agree that watches should be unisex. Because not only is a watch about craftsmanship, it is about the love someone put into making in. The love someone had wearing it. The …read more