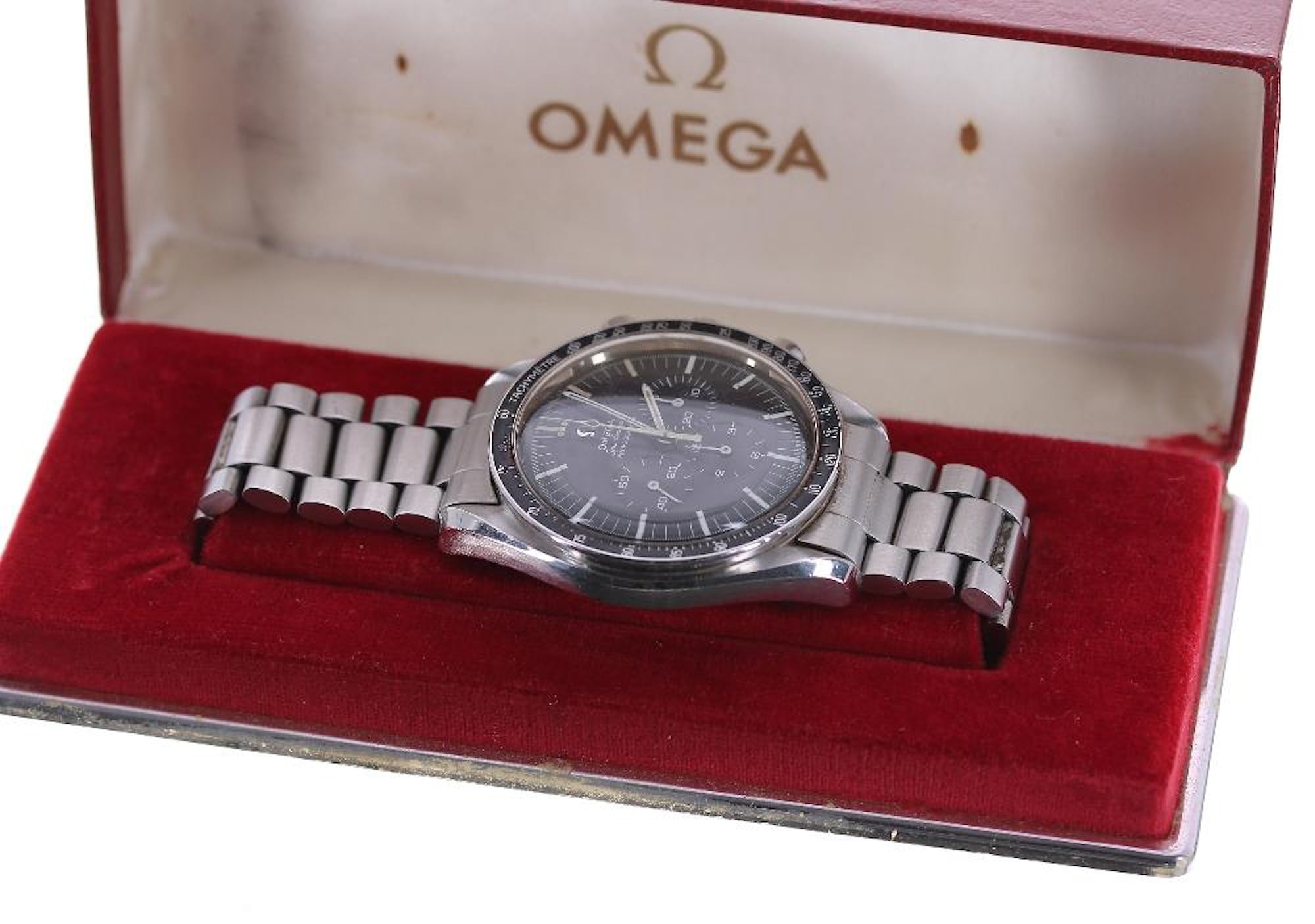 In 1969, the crew of Apollo 11 visited 23 countries during the “Giant Leap” goodwill tour – nations visited included Mexico, Yugoslavia, and Zaire. Turnout for the tour was phenomenal. For a few weeks, they were bigger than the Beatles; a crowd of 1.5 million gathered to see the astronauts in Mumbai, and the crew, who had only been back from the lunar mission for nine weeks, met with a number of world leaders on an itinerary personally supervised and set by President Richard Nixon. It included Queen Elizabeth II, the Pope, the Emperor of Japan, and the Shah of Iran, to whom they gave, as a souvenir of their visit, an Omega Speedmaster Professional, ref. 145022-68 ST.

The watch has a most interesting provenance – the Shah gave the watch to his half-sister, the Princess Fatemeh Pahlavi, who, according to the listing on auction site Gardiner Houlgate, was at the time married to the head of the Imperial Iranian Air Force. The Princess asked the Air Force instructors to teach her to fly a helicopter the same year, and she became the first Iranian woman helicopter pilot. As a thank-you, the Princess gave her Speedmaster as a gift to her instructor, the current consignor – as reported by Sky News, 77-year-old British helicopter pilot Robin White, who at the time was flying for Bristow Helicopters, which had been contracted to train Iranian chopper pilots. The watch is being auctioned along with the pilot’s log books (which include references to her training flights) and other memorabilia, including the original box. Said White, “It holds lots of good memories for me, but I thought it would be jolly nice if it was worth something. If it sells, I’ll take my wife on a cruise.”

The lot also includes an extract from the Omega archives, confirming the date of manufacture of the watch. To register and bid, visit Gardiner Houlgate online, and a hat tip to WatchPro, where we first saw the story.