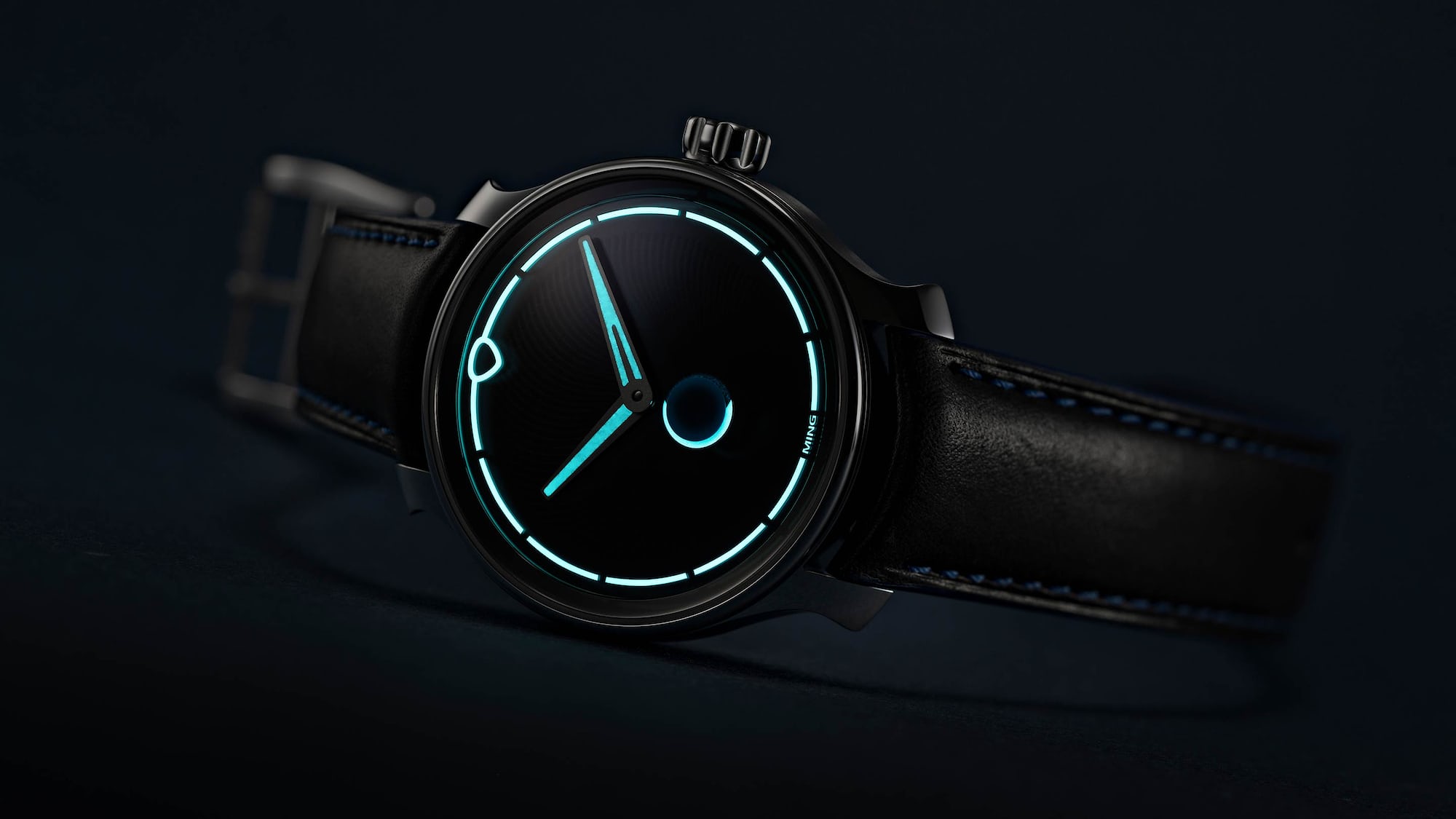 Ming watches have become a fixture of the modern horological landscape in something like record time. The first of the 17 series watches came out in August of 2017 (which is kind of a brilliant time to launch a microbrand because most of the rest of the industry’s taking the month off) and since then, they’ve done a number of different types of watches, and complications, including a diver’s watch, a GMT model, and an ultra-thin model, with movements ranging from modified Sellita calibers to custom versions of movements from Schwartz-Etienne.

What the company has never done before is either a date complication or a moonphase complication. The new Ming 37.05 is the first time Ming’s done either complication, and on top of that, it puts both in a single watch.

The case looks very similar to the 17 series case, but the 37.05, which Ming says is the first in an ongoing series of watches that will use a 37.xx case, is slightly different. Most notably, the dial opening is larger and the case uses domed crystals, front and back. Ming says this increases the “visual presence” of the case (which I read as apparent diameter, among other things) but that it will keep the same basic dimensions as the 17 series case – 38mm maximum diameter, and 20mm lug width.

The dial is in two layers – the lower is textured metal, in a midnight blue-to-black gradient, with an upper transparent sapphire dial above that carries the HyCeram (a ceramic composite with luminous material) hour indexes and hour index ring. The moonphase is unusual. Instead of the traditional circular aperture, the 37.05 uses a ring-shaped aperture, in which a full moon is represented by a complete luminous ring, with the waning and waxing moonphases represented by a partially glowing ring. It’s an interesting effect, almost as if you are looking at a moon in perpetual partial eclipse.

The movement is a highly modified Sellita SW288, heavily reworked in the same idiom as the caliber 7001.M1 used in the ultra-thin 27.01 and 27.02 watches – skeletonized, matte-blasted, and anthracite-plated, with contrasting rhodium accents. Movement modification is by Schwartz-Etienne.