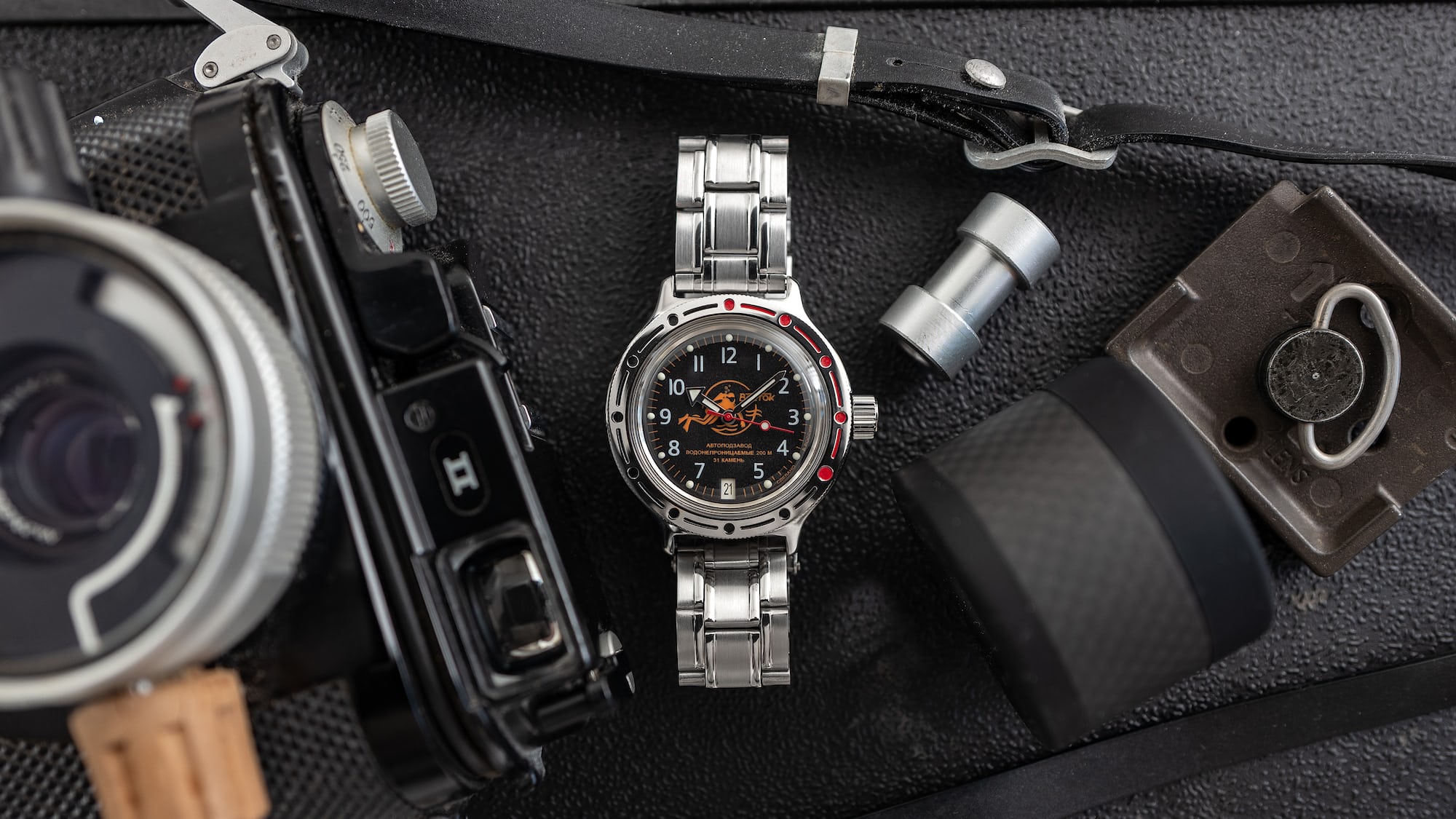 Until about a month ago, I had never owned a Vostok. As a doe-eyed appreciator of many of the watch world’s more “cheap and cheerful” niches, I’d held off on this particular wallet-friendly brand in favor of brands more familiar. One of a handful of legacy watchmakers born in Russia and cauterized within the Soviet state, Vostok started making watches in 1942 and by the late ‘60s, the brand was in need of a dive watch.

Vostok (the Russian of which is Boctok and translates to “East”) worked with designers Mikhail Novikov and Vera Belov in 1967 with the goal of making a dive watch that could match the diving abilities of examples made in Switzerland. While you can read the whole story here, the result was called the Amphibia (aka, Amphibian, from Amfibia, a name said to have been selected via a contest held among the factory workers) and the model range has expanded in the resulting years to include a litany of versions.

If you have a love for dive watches, you likely know the Amphibia, and that one example was worn by Bill Murray in The Life Aquatic With Steve Zissou. If you love inexpensive dive watches, then you’ll know that Vostok, and certainly the Amphibia, have a cult-like following which is fueled by a worldwide audience that appreciates these weird and wonderful creations for what they are; uniquely styled watches that represent the strength of Russian engineering with a price tag that will have you throwing a side-eye at the conspicuous consumption of the west.

The path to my own Amphibia is marked by no small measure of personal snobbery. I came across these watches in the early days of my collecting, sometimes seeing clean and running examples on sales forums for less than the cost of a backyard oil change for my Chevy Cavalier. By that time, I had traversed the world of Invicta, relatively unharmed, and spent all of my time focusing on brands like Seiko, Citizen, and Orient (which represented the de facto options for cash-strapped watch nerds at the time). A $50 diver with a drawing of a diver on the dial and a bracelet that looks as though it was designed as linkage for the mechanism in a boardwalk …read more