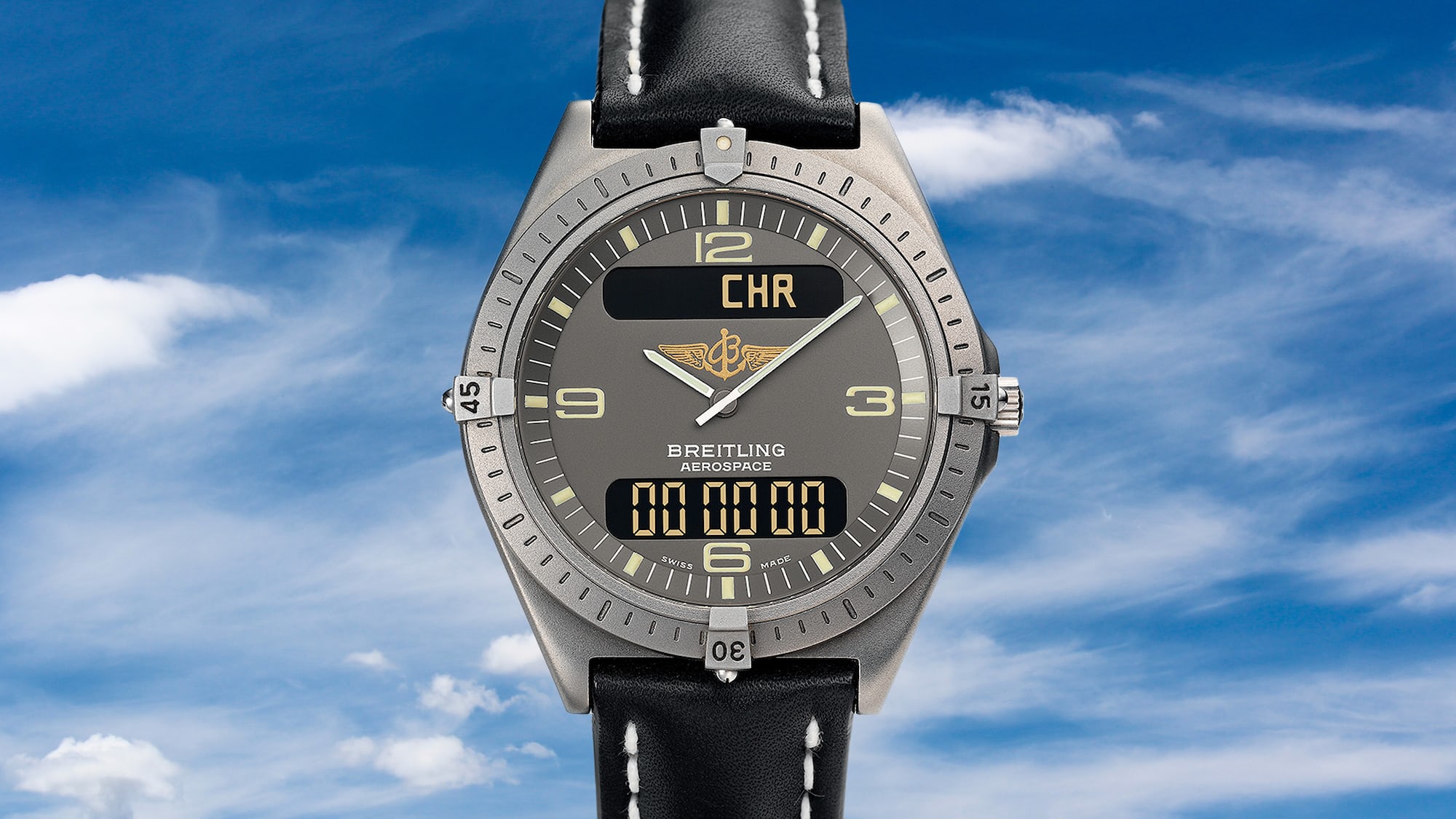 Of Breitling’s entire catalog, including their amazing vintage chronographs, my favorite model from the brand is the Aerospace. Born in the ’80s, the Aerospace was part of Breitling’s Navitimer line and it represented both the era’s boldness and its defining need for technology.

Originally launched in 1985, the Aerospace was a truly post-modern take on the idea of a pilot’s watch, and one that wholeheartedly embraced the watch world’s new overlord – quartz. Over the last 35+ years, Breitling has evolved the Aerospace several times, growing its case size and increasing its capability, usefulness, and accuracy.

But, as good as the modern Aerospace examples are (very), my heart will always be with the earlier models, which offer a unique combination of fit, personality, and value in the pre-owned market. For the purposes of this article, we’ll be taking a look at the earliest generations of the Aerospace, which at the core are 40mm titanium pilot’s watches with an ani-digi layout that manages several extra features while never getting in the way of the time display.

As a watch for the modern era, they still feel relevant – if a little bit quaint (smartwatches and all) – and they have a wrist presence like nothing else. They’re functionally very useful, supported by a (mostly) straightforward single crown interface that uses both turning and pressing the crown to advance the modes and control the features.

That’s right, the entire watch and its several complications are controlled via a small crown at three o’clock. The top screen displays which mode is currently active (1/100th chronograph, alarm, countdown timer, second time zone, and calendar) and the lower screen shows data relating to that feature. Spinning the crown cycles through the modes while pressing the crown activates the chosen function (such as starting the chronograph).

While this layout can seem a bit intense when setting the watch (though you can jump in whole hour increments, so it doesn’t take 25 minutes of spinning the crown to change the same), once you’re used to the format, it’s quick and easy to use and the crown can be wholly operated with the watch on your wrist. I’ve worn a gen 2 “Aerospace II” E56062 for everything from hiking to distance running, worldwide travel, and more.