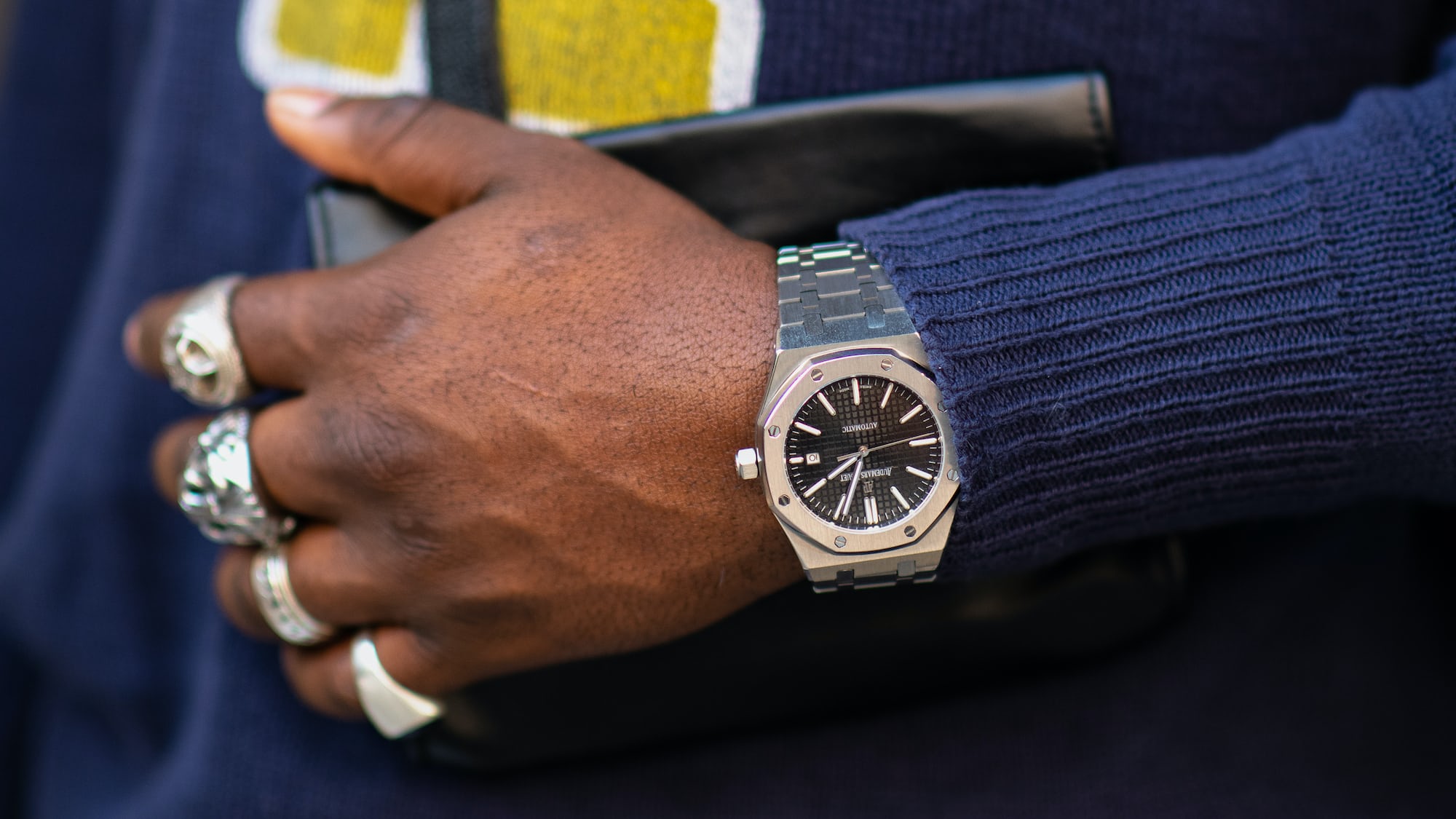 New York City in September is synonymous with two things: Fashion Week and perfect weather. After nearly two strange years away, it was a pleasure to see both hold true. The unofficial sartorial showdown that surrounds the bi-annual fashion event held the same frantic energy – half first-day-of-school, half spring-break. Setting out this past week to photograph the streets of New York during Fashion Week one question was at the forefront of my mind: How would the dreams, anxieties, triumphs, and challenges of a global pandemic play out in style?

Two camps seem to have formed in fashion – one of restrained minimalism, another of maximal, colorful experimentation, however, the absence of middle ground is the most pronounced change. Never have I seen a more dramatic change in watches – for years the fine watches of any city have skewed towards the heavy hitters, the fixed features, the watches that announce themselves. But the wrists of New York suddenly seem to favor the fine, light, and rectangular. Above all, tastes had turned particular, a little less utilitarian, a touch more refined. For many New Yorkers, it’s clearly been a period of study.