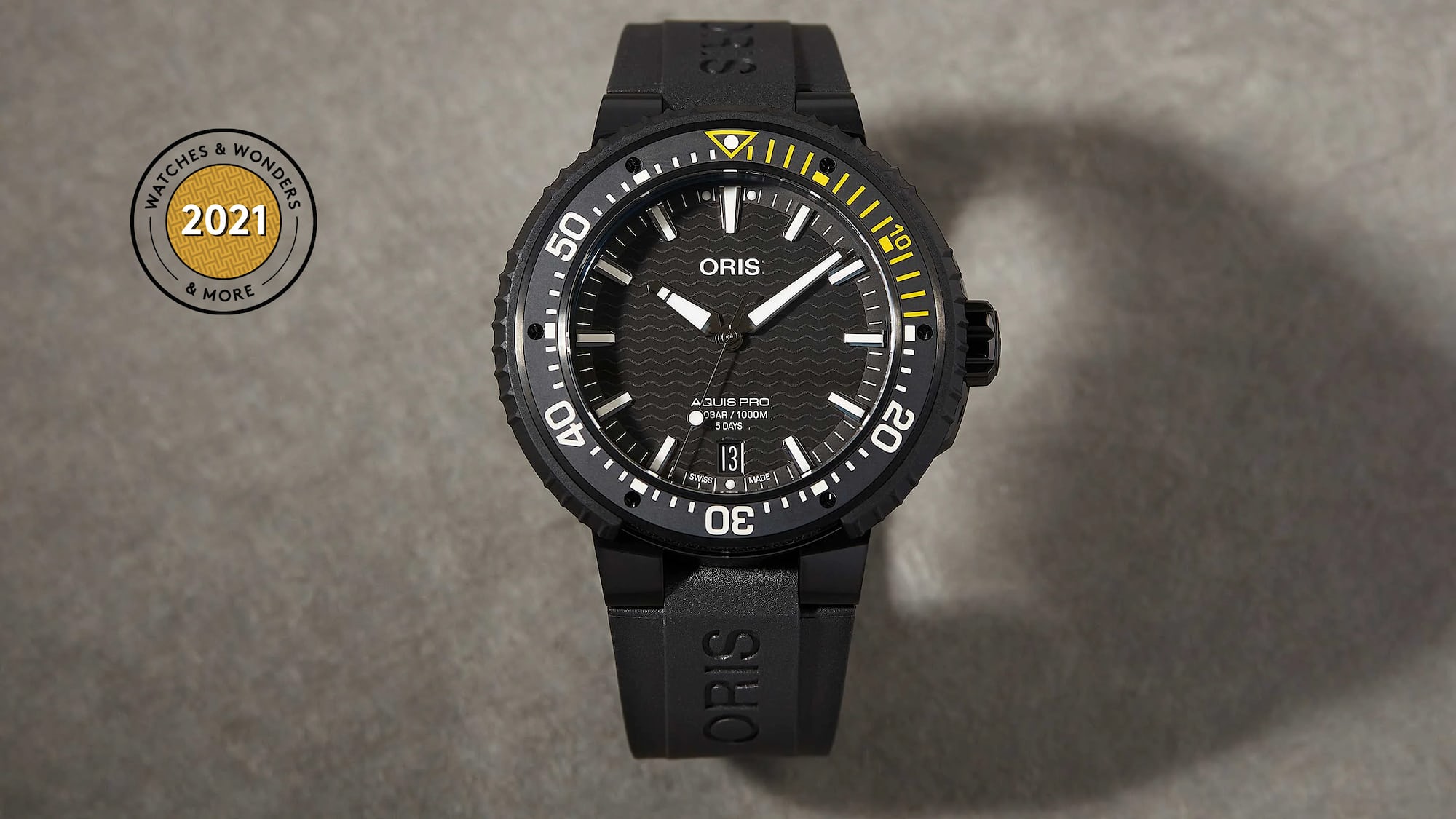 The Aquis is a darling diver from indie brand Oris. It’s a design that Oris has taken in dozens of directions, most recently by letting fans weigh in on the design. Last year, Oris debuted its new in-house caliber, the caliber 400, and it made its way into the Aquis. Today, Oris is unveiling its über-Aquis in the form of the AquisPro Date Cal 400.

The Aquis is Oris’ best-selling watch range, and this particular model doubles down on features that put it in the deep end of the “tool watch” category. It’s geared towards saturation divers, with features like the Rotation Safety System, a mechanism that locks the ceramic bezel until the diver carefully unlocks the bezel by lifting it and turning it. The case is made from titanium and DLC-coated, and the rubber strap employs the Oris Safety Anchor, a redundancy system which ensures the watch stays on a diver’s wrist even if the clasp slips open.

The AquisPro Date Cal 400 is an extreme execution, an experiment in how far the watch can go. Its size matches its tactical personality, it boasts a whopping 49.5mm case, and the matching bezel is rubberized. And the clasp on the rubber strap? Titanium to match the case. It feels like engineers and designers at Oris HQ were given the order to replace every expected element of the watch with something tech-forward. No stainless steel. No “standard” Oris caliber inside. No blue, green, or red dials. Only black.

But it makes total sense. The Oris Caliber 400 needs a design that can stand up to it ideologically and technologically. Inside the standard Aquis models, you’ll find an Oris 733 caliber that’s based on the ubiquitous Sellita SW-200. It has a power reserve of 38 hours. That simply wouldn’t cut it in a watch like the AquisPro. The new Caliber 400 has a power reserve of 120 hours and features 10-year service intervals. It also uses a silicon escape wheel and a silicon anchor. The creation of the AquisPro reminds me of the story of the Big Crown ProPilot X Cal 115. Every now and then, Oris debuts a watch that’s unlike most others in their line-up, an über-watch that reminds us that the value-oriented indie from …read more