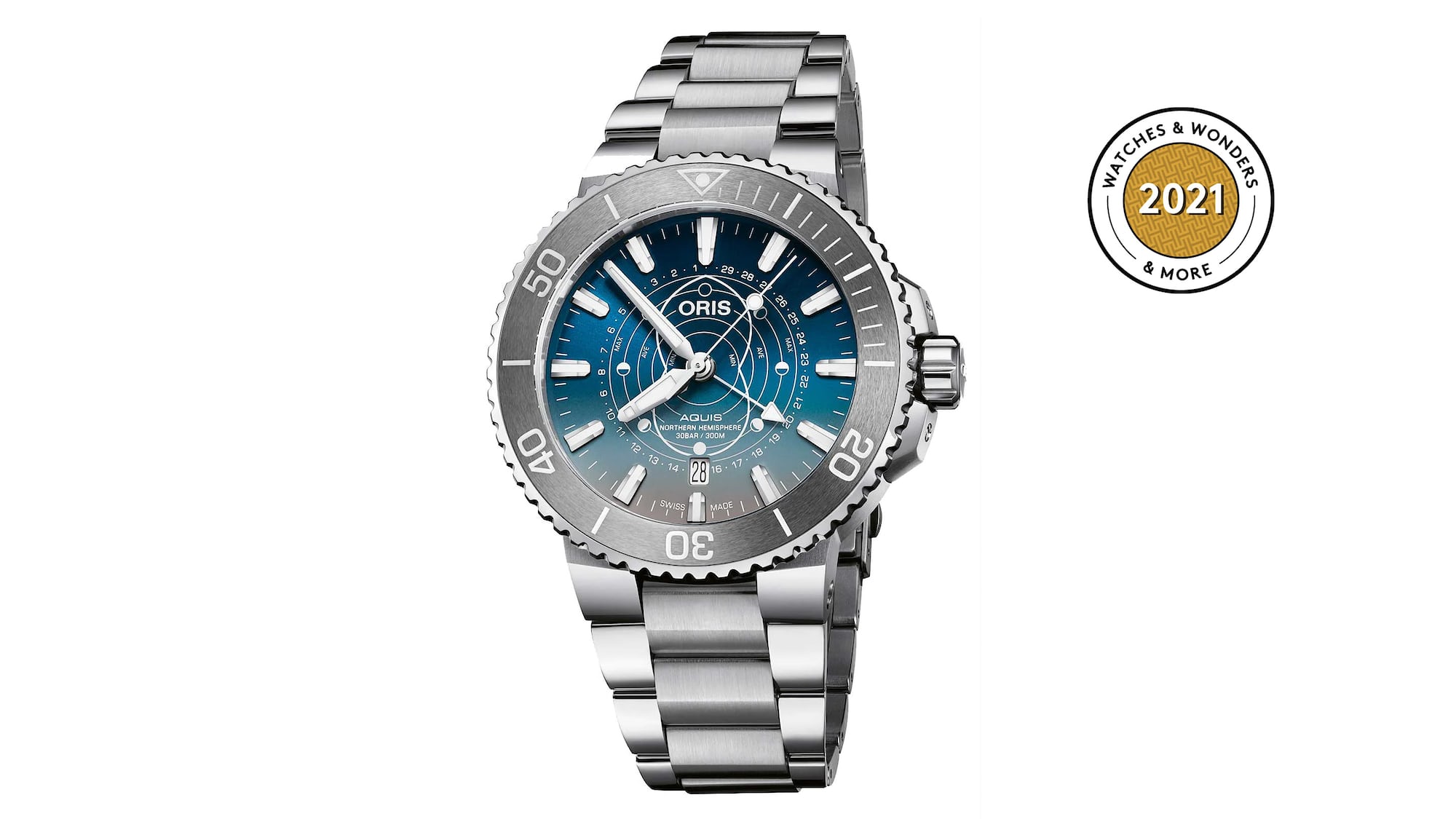 One of Oris’ operating mantras is “Change for the Better.” The brand does this through focused partnerships and the production of limited-edition watches that generate money for a chosen cause. With the Dat Watt Limited Edition, Oris is seeking to do its part in the conservation of the Wadden Sea, the world’s largest tidal system and a UNESCO World Heritage Site.

Given the aquatic connection, Oris has re-jiggered the brand’s dive watch platform, the Aquis, into a model that uses the pointer date function to track the lunar cycle and, in turn, tidal flows. Located above The Netherlands, the Wadden Sea is the largest area of intertidal sand and mud flats on the globe, making the watch’s function follow its mission closely.

I wasn’t familiar with the Wadden Sea prior to learning of this Oris collaboration, and I suspect many readers in the United States are in the same boat. So what the story behind Oris producing a watch in its honor?

The watch was developed with Bernard Baerends, the executive secretary and head of the Common Wadden Sea Secretariat, a Netherlands-based organization. Baerends has spent his career looking after the Wadden Sea; conservation efforts are a joint mission that Germany, Denmark, and The Netherlands all take part in. The Wadden Sea tidal flats are home to 10,000 species and an important stopover for roughly 10 to 12 million migratory birds a year. But the area is under threat from port construction, dredging, mining, pollution of shipping byproduct, and the introduction of invasive species from foreign ships draining their ballast tanks.

Oris approached the Common Wadden Sea Secretariat about a partnership, but the brand had to undergo a sustainability evaluation before the solidifying the partnership. The evaluation included looking at past success with organizations in the conservation space. After successful vetting, Oris and the Common Wadden Sea Secretariat committed to a three-year deal complete with events. The first step in the partnership is the watch you see today. “Dat Watt” is low german for “The Wadden Sea,” hence the name of the limited edition.

The pointer date functionality of the Oris 761 caliber inside has been extended to allow wearers to track the tide based on the lunar cycle. A chart is printed inside the concentric ring where the date is …read more