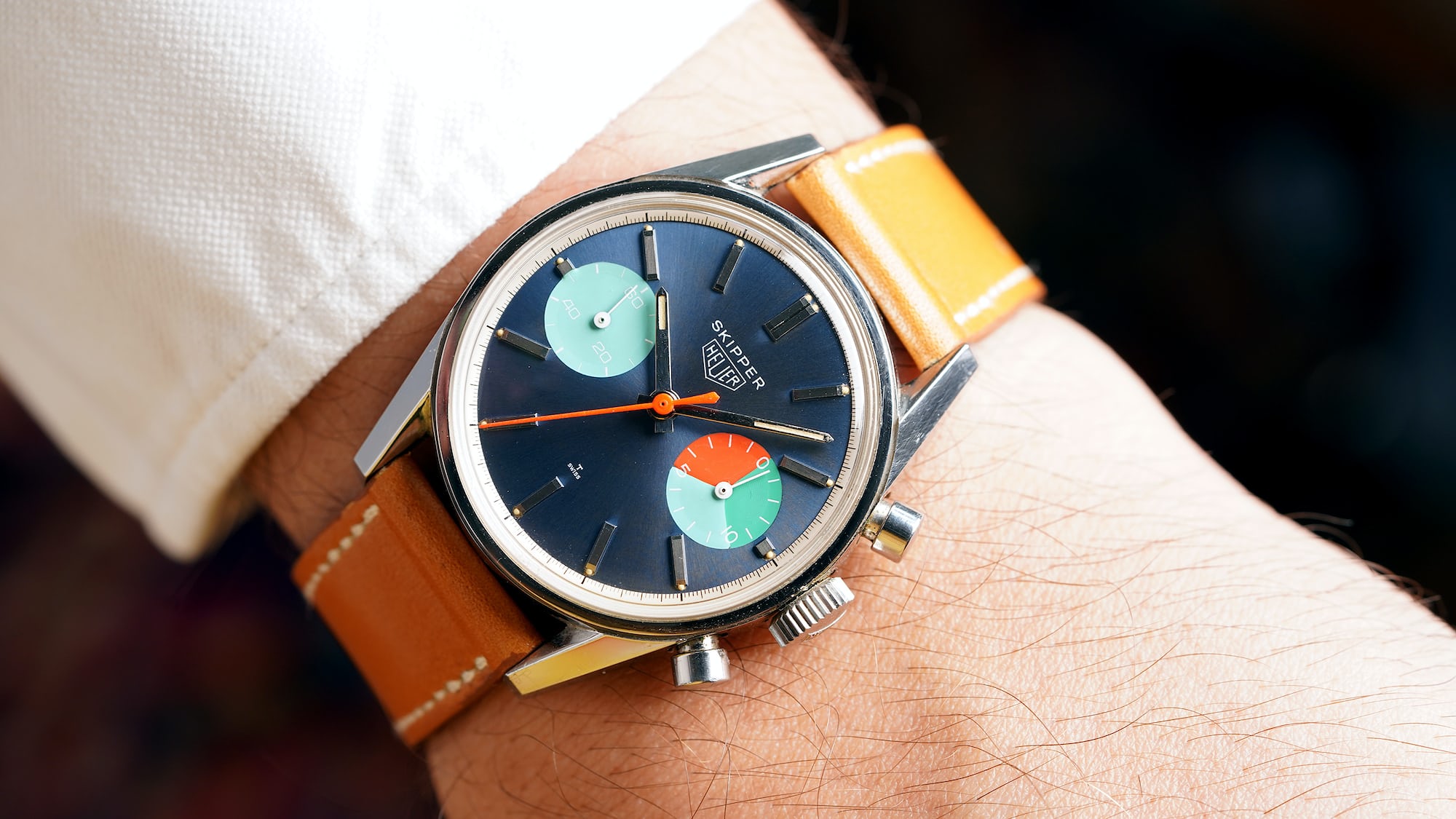 The opening of the TAG Heuer Museum, in Switzerland in January 2008, was a magical moment for collectors. After years of studying the most famous Heuer timepieces in books and on websites, we were finally able to see them in the metal. There they were, on display: The Monaco chronograph worn by Steve McQueen in the filming of Le Mans. A recreation of the strap and stopwatch worn by John Glenn as he orbited the earth. And the “Time-of-Trip,” Heuer’s first dashboard timer, from 1911. But there was one oddball chronograph that seemed to have crashed the party.

The museum included nine circular display cases, each with a distinctive theme. The “Call of the Sea” case, for instance, was filled with well-known timepieces for yacht racing, diving, skiing, and surfing. And in the midst of all this, we saw what looked like a two-register Carrera, except the dial had been painted metallic blue, and the minute recorder had three segments, in dark green, light green/blue, and bright orange. The chronograph was marked “Skipper,” but it was unlike any Skipper we’d ever seen. Collectors in the crowd studied this watch from every angle, but none of us could understand how this curiosity came to occupy a place in the museum.

Upon my return home after the opening, I called Hans Schrag, who’d been a watchmaker at Heuer from 1962 to 2002, to inquire about this strange Skipper. As surprised as I was to see this watch in the Museum, I was even more surprised when Hans informed me that this was, in fact, a genuine Heuer chronograph, the very first version of the Skipper (Reference 7754). Hans made me feel better about not recognizing this model, explaining that a small batch of the watches had been made in 1968 and that the watch never appeared in a Heuer catalog.

I shared this news on a vintage Heuer discussion forum, and within hours, this first version of the Skipper had a portmanteau nickname: The Skipperera.

Thirteen years after the collecting community discovered it, the Skipperera has emerged as the most valuable of the standard-production vintage …read more