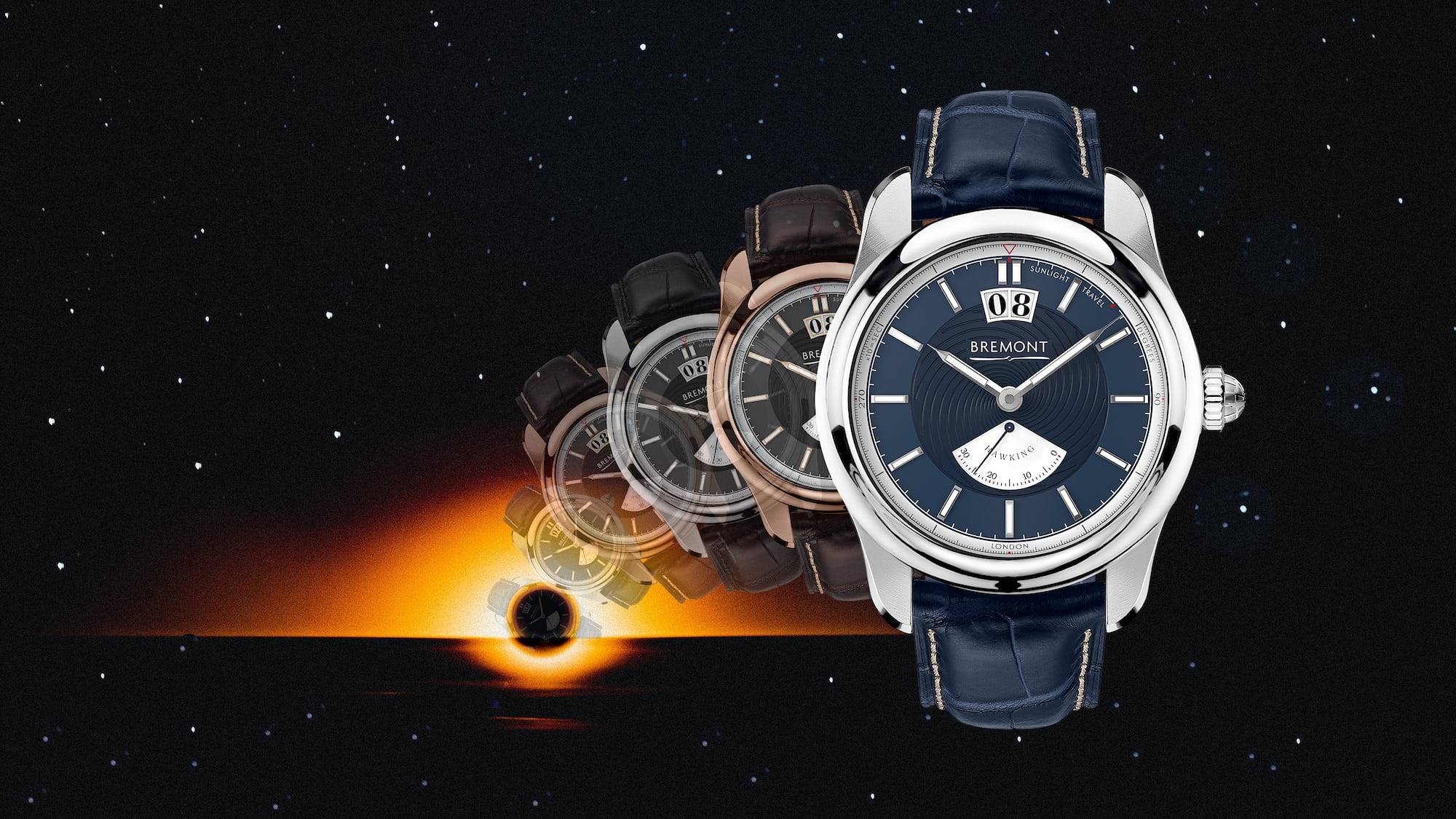 Bremont has just announced a new limited edition collection to commemorate the late Stephen Hawking – best known to most of the world as the paralysis-defying physicist who, despite being rendered nearly helpless by ALS (amyotrophic lateral sclerosis, also known as Lou Gehrig’s Disease), managed to become one of the best-known scientists in the world and to author that unlikely best-seller, A Brief History Of Time.

This slim volume was Hawking’s attempt to give an account of the origin and fate of the universe, and to shed light on something that consumes light for a living: black holes. The watches have a number of shout-outs to Hawking, including disks of wood from his desk and an inscription on the caseback of the equation which describes the famous Hawking radiation – the formula is inscribed on his grave as well, and it relates the temperature of a black hole to its mass.

The watch is being offered in a series of limited editions, in 41mm rose-gold, white-gold, and red-gold cases, and there is a ladies’ model as well, in a smaller, 34mm diamond-set steel case with a meteorite dial. These watches have been produced in collaboration with the Hawking family, and a portion of the proceeds from sales will go to benefit the Stephen Hawking Foundation – the Foundation was established by Hawking, before his death, to support those living with ALS, and also to support research in cosmology and related physics problems. The larger watches have a big date display, with a retrograde seconds sector at 6:00.

You can clearly see the equation through the caseback: T=ℏc³/8πGMk. T is temperature, ℏ is the reduced Planck constant, G is Newton’s constant for gravity, M is the mass of the black hole, and k is Boltzmann’s constant. Without explaining the formula in detail (which is way above my pay grade, anyway), the gist of it is that the more massive a black hole is, the lower its temperature. There’s a piece of meteorite inserted in the caseback as well, and the circular fragments of wood are from a desk at which Hawking worked most of his life, which his son, Tim Hawking, describes:

“The wood sample in the timepiece originates from an oak, William & Mary slope-front bureau desk drawer thought to date back to the early 18th …read more