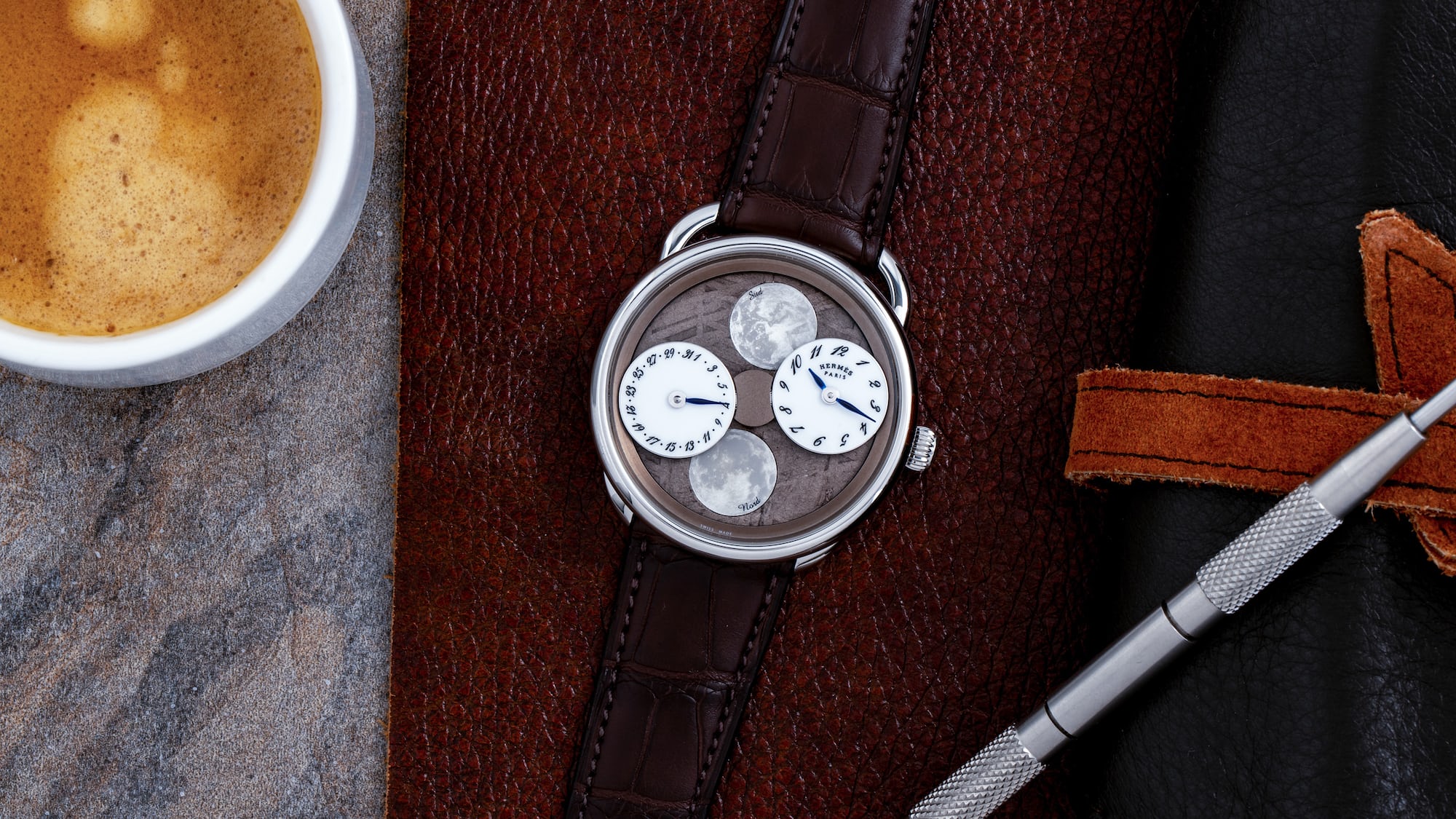 The Hermés Arceau L’Heure De La Lune has quite a few fans at HODINKEE, including Stephen Pulvirent and myself, and if you spend a little time with the watch and have anything like a romantic streak, you will probably find it quite captivating as well. The moon-phase complication in any form always has a whiff of the whimsical and pleasantly otherworldly about it, and the version of the complication used by Hermés is no exception.

We’ve covered the complication, which was designed for Hermès by Jean-François Mojon (the founder of complications specialist Chronode SA), in-depth in our previous coverage, but a quick review is probably in order. The basis of the complication is a satellite system with two dials mounted on the opposed arms of a carrier; the carrier rotates clockwise once every 59 days. The dials are geared from underneath so that they stay “right side up” as they rotate (the 12 on the dial for the time is always at the top, in other words). The movement is the same as in previous versions of the watch, of course – the caliber H1837, on a Vaucher base, running in 28 jewels at 28,800 vph.

As we’ve seen in earlier versions of the watch, the two Moon disks are labeled Nord and Sud (north and south) as each represents the Moon as seen from the northern and southern hemispheres. The Sud disk, rather counterintuitively, is up top (north conventionally is at the top of most maps), but the reason for this is that to an observer in the southern hemisphere, it is the leftmost side of the Moon which falls into shadow first after a full Moon, and vice versa in the northern hemisphere.

The special and unusual feature of this version of the L’Heure De La Lune is the dial. This isn’t the first time this model has gotten a meteorite dial, but the specific meteorite used for this dial is the so-called “New York” meteorite, of which Hermès says, “The New York meteorite was originally discovered by a fishing boat, purely by chance. The captain sold it in 1965 to a private individual in New York harbour and it fell into oblivion for several decades. In 2008, meteorite hunter Luc Labenne was contacted by …read more