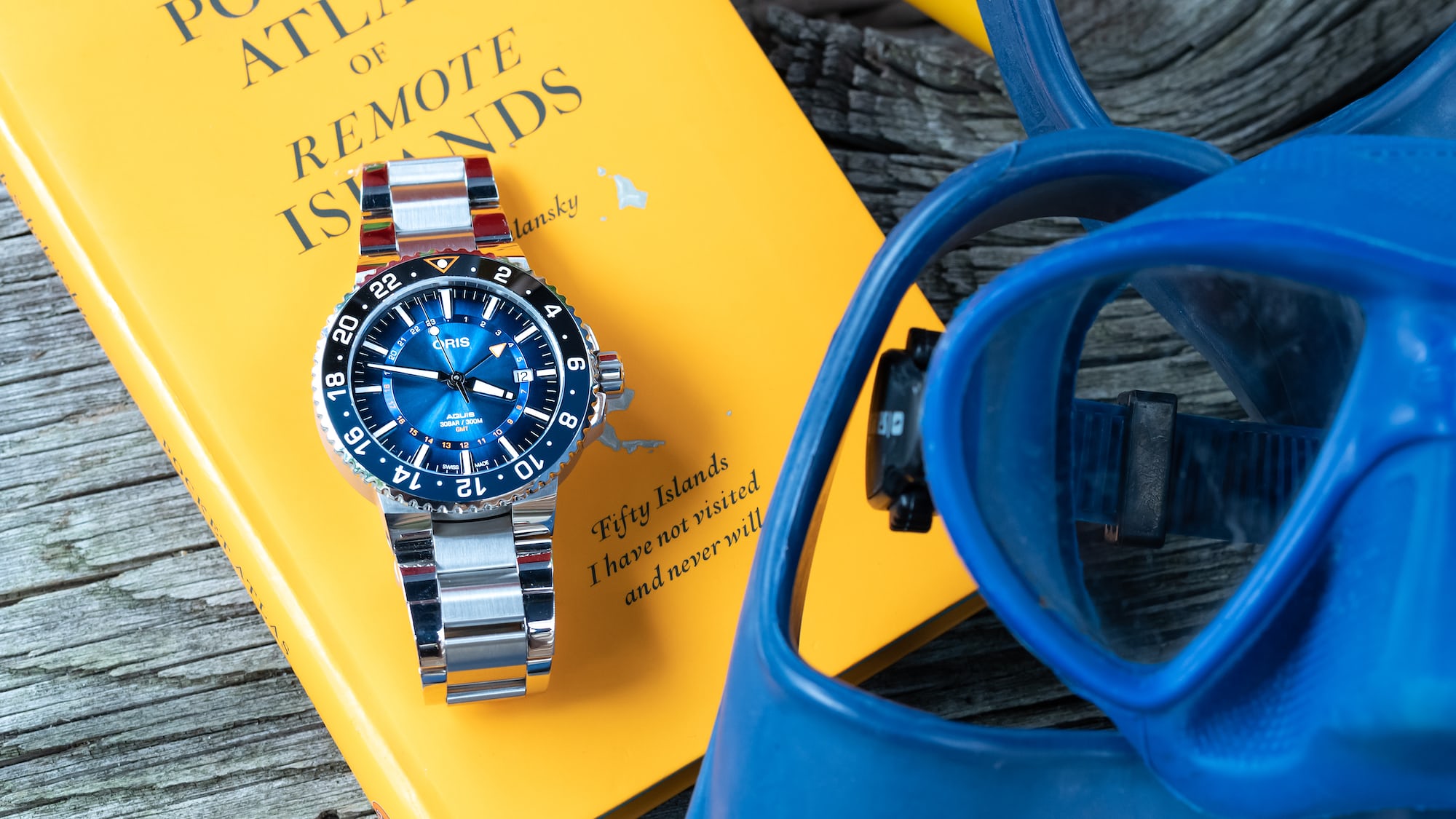 This past winter (which now feels like five years ago instead of five months), I wrote about a special GMT diver from Oris that raised awareness for a threatened coral reef in the Florida Keys. The Carysfort Reef Limited Edition was a gold-cased take on the Aquis GMT at a decidedly un-Oris-like price of $19,000. Only 50 were made, three of which were donated for straight-up fundraising to the Coral Restoration Foundation. When it was announced, in the dead of a northern winter, the watch conjured memories of warm dives in the Keys, chasing elusive sharks among coral heads. Well, here we are at the end of June, and I’m craving a dive escape more than ever. Just in time, along comes the steel version of the Carysfort Reef Limited Edition.

I covered the genesis of Oris’ relationship with the Coral Restoration Foundation and the Carysfort Reef in my earlier article, and also interviewed the CRF’s Chief Development Officer on Episode 99 of The Grey NATO podcast, so I’ll direct you to those sources for further background. But since I’ve had a few weeks of hands-on time with this new steel edition, I’ll focus on my impressions of the watch here. Spoiler alert: Given the fact that I included the Aquis GMT on my list of “best dive watches of 2019,” suffice it to say I find little fault with this limited edition that’s based on it.

As I’ve written before, the combination of a dive watch with a GMT complication is a marriage made in heaven. Like a good supercar looks fast sitting still, a good GMT diver sitting on your wrist in New York, Toronto, or Minneapolis makes you think of faraway atolls and umbrella drinks. The iridescent blue dial, orange markings, and “spin the wheel” choice of world time zones on this Carysfort Reef LE does just that. And while these features are shared with the previous gold limited edition, the steel case does it even better. A gold dive watch does have a certain “Mel Fisher” Florida treasure hunter appeal, but I’d be more inclined to take a steel watch on far-flung adventures, not to mention it leaves more money for airfare.