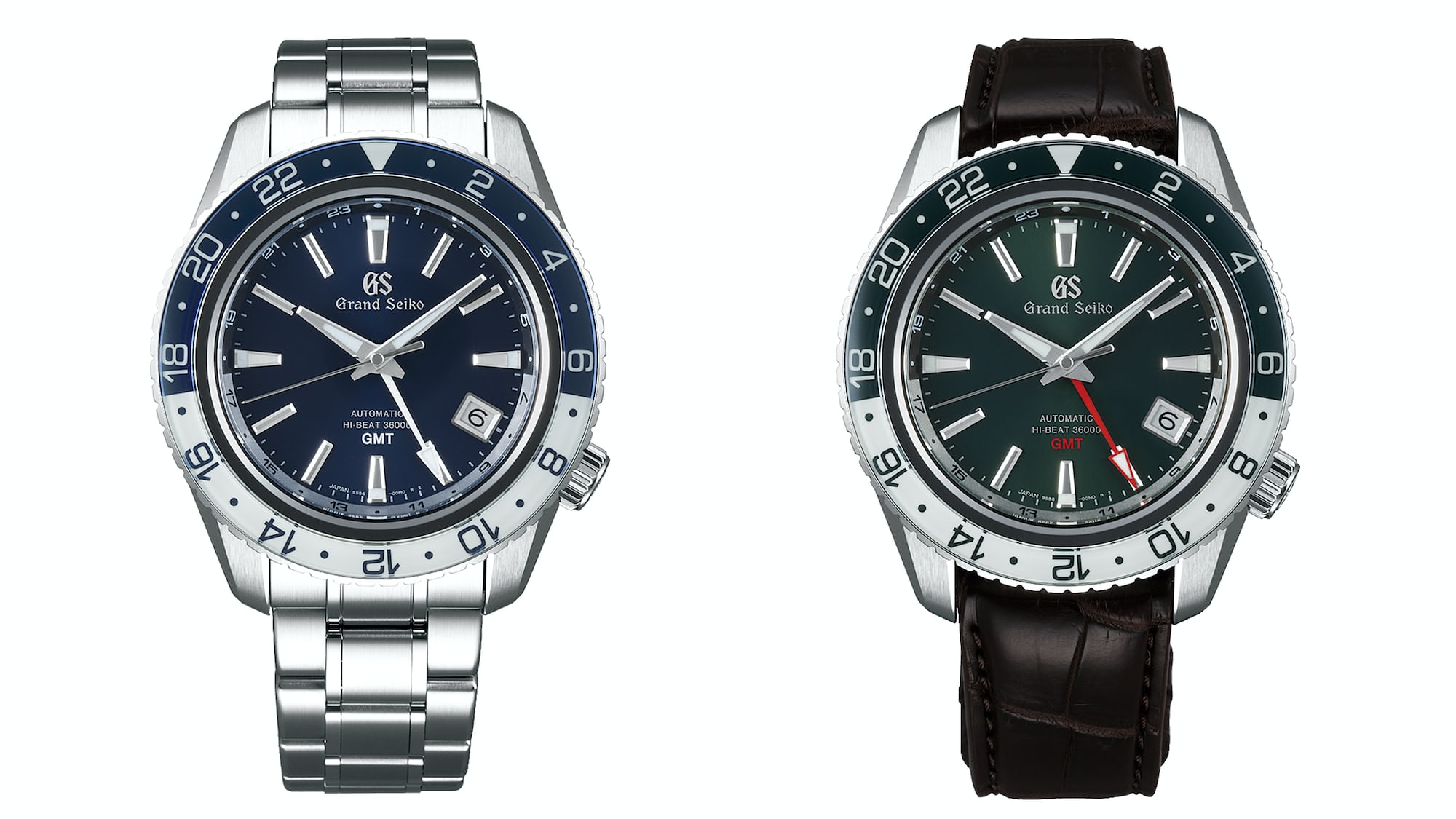 In terms of complications, I can think of none that I more closely identify with Grand Seiko than the GMT. It is offered across the full suite of Grand Seiko movement types – from Hi-Beat, to regular beat, to Spring Drive, and even high-end quartz. Though there are exceptions, for the most part, the Grand Seiko GMT has occupied a territory that I would consider to be that of a dress watch, or at least a dressy-leaning watch. Take, for example, my own 50-meter-water-resistant SBGM221, which I routinely wear with a suit and, in fact, even wore to my wedding. It’s a hugely versatile watch, and I wear it often in the fall, winter, and spring, but I would hesitate to call it a good summer watch. What we have to introduce today are strong candidates for the ultimate Grand Seiko summer watch (that aren’t divers, of course).

The new Grand Seiko SBGJ237 and SBGJ239, which join the company’s Sports Collection, are as robust as any Hi-Beat GMTs I have seen. The SBGJ237 will be available in August, and the SBGJ239 is a boutique/salon-only piece that will be available starting in July. They come with all of the features that I’d expect to see in a Grand Seiko GMT, but with add-ons for those who want to be a bit more active. Foremost among them are their water resistance, which stretches to 20 bar (or about 200 meters), and a sapphire crystal bezel, which protects a luminous 24-hour scale. In the evening hours, from about 17:30 to 6:30, the numerals themselves light up in Seiko’s proprietary Lumibrite. In the daytime hours, it’s the white background that lights up.

It’s worth pointing out that Grand Seiko has used Lumibrite on a GMT bezel before, for example in the SBGE248 released last year. Because both of these new watches use a Hi-Beat movement (9S86) with quick-setting for the local hour and a rotating 24-hour bezel, they can quickly tell the time in a total of three time zones. There is the local time, there is the time told with the 24-hour hand via the stationary 24-hour track on the flange, and there is the time that can be calculated by rotating the blue and white (or in the case of the SBGJ239, black and white) outer bezel in one-hour increments …read more