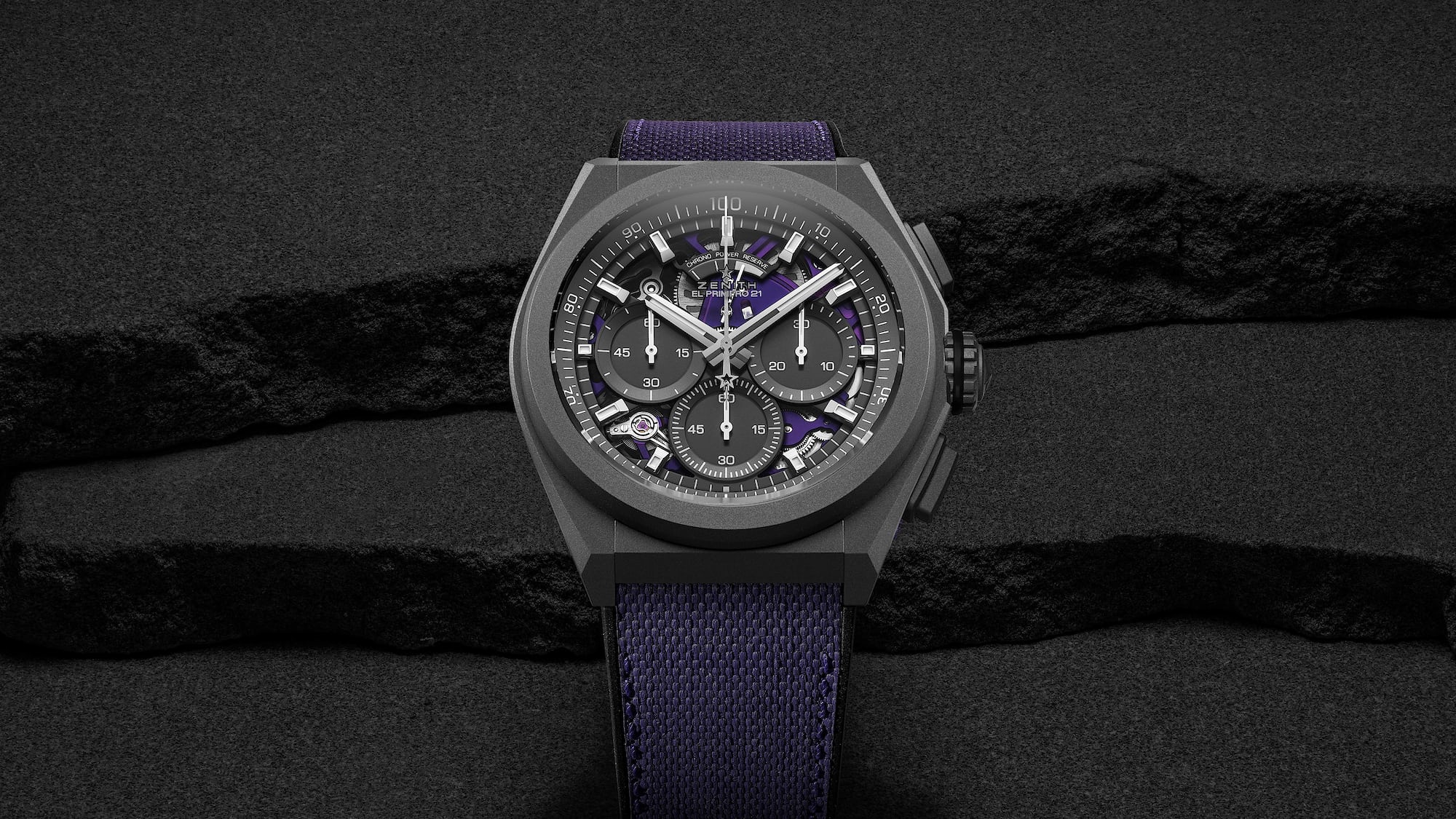 What we have here is a colorful new version of the Defy 21, a super-high-frequency chronograph from Zenith, a company with deep historical knowledge about making chronos tuned to beat fast. Looking at the strap, and then a bit more closely at the dial and movement, one sees that the color violet has been paired with a faceted, matte titanium case.

The violet hue of the dial is actually on the movement, and on top of that movement has been placed what amounts to a partial dial – really just the flange and seconds/minutes track, some hour markers, and the three solid subdials. Is the color a bit loud? Sure. But it’s not bluster. The name of this watch hints at the frequency of light just beyond human perception, fitting for such a high-frequency chronograph mechanism.

The Defy 21 is the highest-frequency chronograph in regular production today, capable of timing events to within 1/100th of a second. This is achieved through the use of two escapements: There’s one for the watch, which beats at 36,000 vph, and there’s also one for the chronograph, which beats ten times as fast, at 360,000 vph. The watch has much of the architecture of the original El Primero while adding a second gear train for the chronograph. And when you start that chronograph, well, the central seconds hand whips around the dial once per second. It’s pretty wild to witness it running.

Though this violet-clad execution is new, the Defy 21 chronograph isn’t a new watch per se. It was launched back in 2017 with input from Guy Semon, a former rocket scientist (seriously) whose contributions to the modern mechanical chronograph in this young century are likely unparalleled. Semon’s series of high-frequency chronographs made at TAG Heuer started coming out about a decade ago, setting the bar for what could be done in this arena in the modern era. Remember the Microgirder with its “linear oscillator?”

Zenith is one of the most important contemporary watchmakers with a focus on chronographs. I think that much is a given. The El Primero may have launched more than 50 years ago (51 to be exact), but how many calibers of any kind can you think of that have been with us for so long, remained relevant, and continued to power compelling …read more