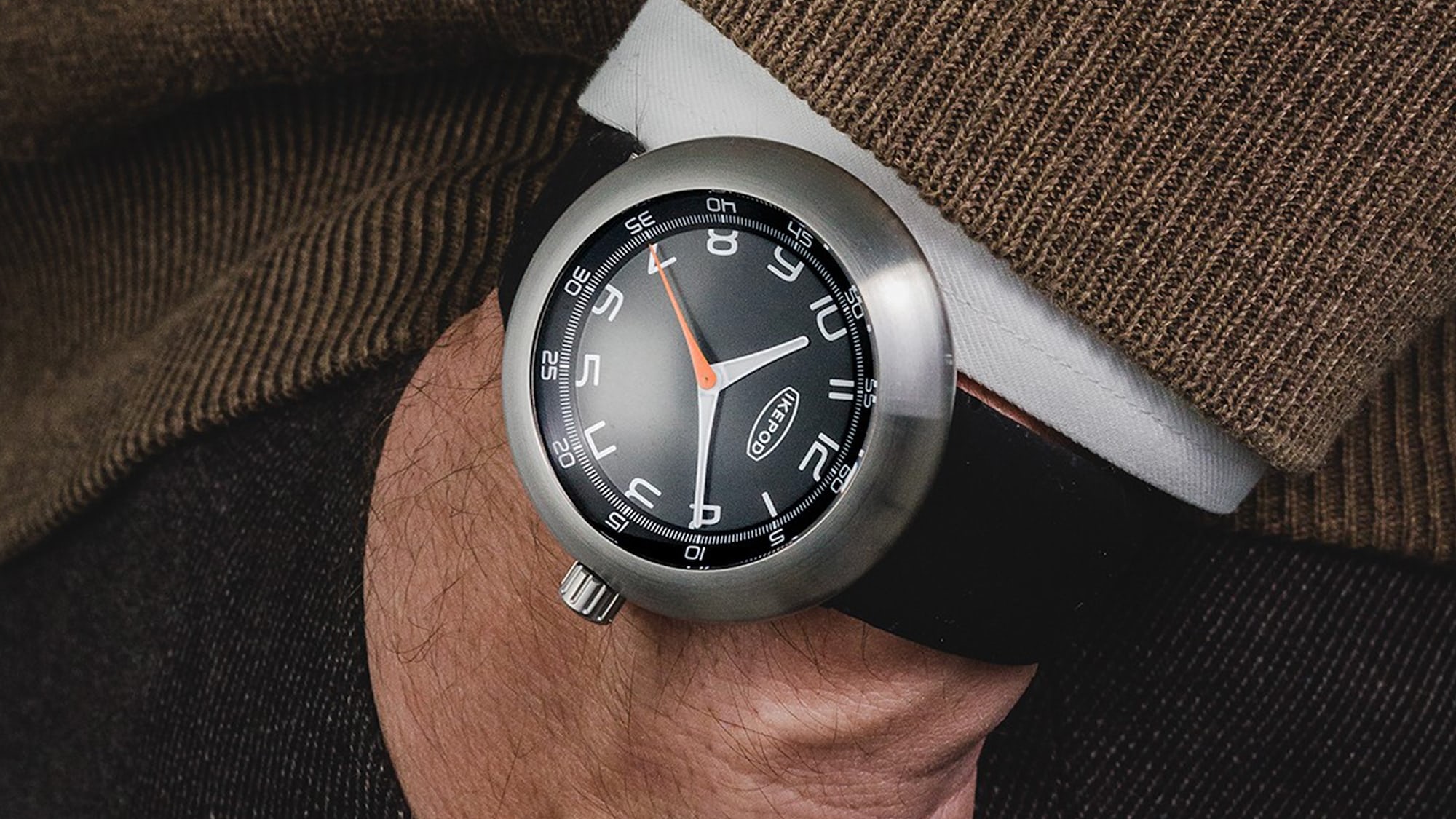 Those with a penchant for Ikepod’s noteworthy mix of quirk and Teutonic design have a new Kickstarter to check out. The campaign is seeking pre-order funding for a new automatic model called the Megapod with a wide array of dial versions and a value-based price point. For those who may be unaware, after the original Ikepod brand closed up shop in 2012 (after having been founded in 1994 by Marc Newson and Oliver Ike), the brand was reborn in Hong Kong at a more accessible price point by Christian-Louis Col in 2017. In 2018, the brand took to Kickstarter and raised more than CHF 350,000 for the creation of two quartz-based models, the Duopod and the Chronopod. For the Megapod, the format is the same but with a mechanical heart.

While we typically avoid Kickstarter campaigns, Ikepod is not your usual Kickstarter brand, and it’s worth highlighting that their styling is now available both at a lower price point and (soon) with a mechanical movement (assuming successful funding, of course). Being offered in 11 different dial variations, the Megapod is certainly aptly named as its curvy steel case is 46mm wide and some 18.25mm thick. Given the lug-less design, I would assume the width will not feel as considerable as the height (Ikepod says it wears like 42-43mm on wrist), but either way, this is certainly a watch for a large wrist or for someone who simply loves a hefty wrist presence.

Priced at CHF 740 (or CHF 7,590 if you want all 11 possible versions, including a dial that is unique to the eleven watch pack), the Megapod has a sapphire crystal, a non-screw down crown, 50m water resistance, and a Miyota 9039 automatic movement. With no date (and no phantom date position on the crown), the 9093 offers a 42-hour power reserve, a 4 Hz rate, and can be seen through a mineral crystal caseback. Those who choose to back the Kickstarter will be accessing the Megapod at a 41% discount compared to its eventual retail price (of around CHF 1,040).

Additional details (many) and production plans for each model are available at the Kickstarter link below. While there is always some risk in backing a Kickstarter – just ask me about the amazing USB-C charger I should have had …read more