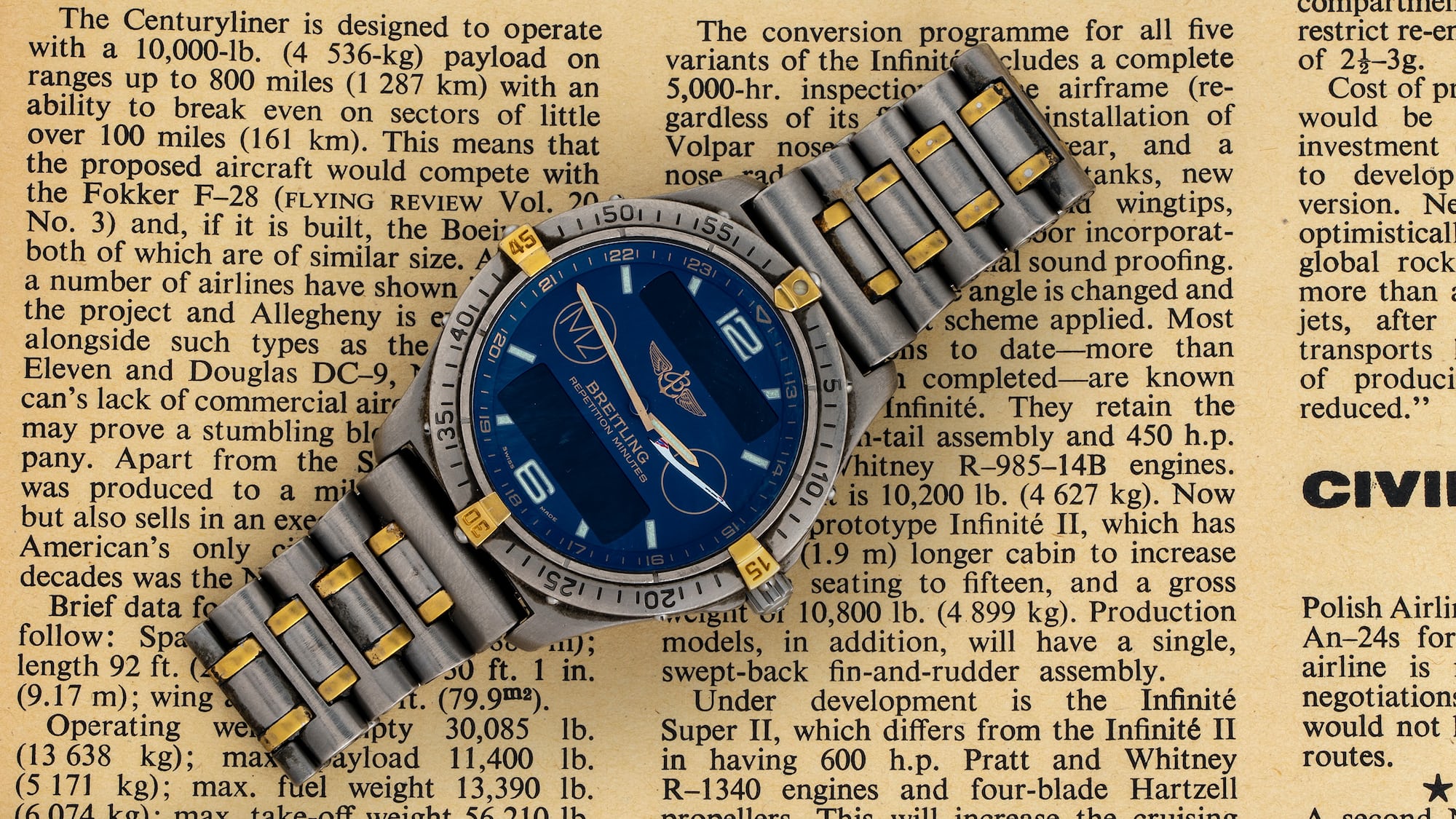 Pilot Leslie Scott’s watch had been sitting in a safety deposit box for many years. Now retired, he wears an Apple Watch, and for most his career, including the record-breaking flight he’s known for, he wore a Seiko that he’s lost track of. But it’s this watch that means the most to him.

The battery was long dead, nary a character displayed on either of the two digital screens that characterize the Breitling Aerospace ref. 65062. Except this wasn’t any ordinary Breitling Aerospace. In place of the standard applied marker at 9 o’clock is an “M2” symbol, and at 3 o’clock, a side profile of the British Airways Concorde, a supersonic airliner known for traveling from New York to London in under three hours, less than half the time of any other contemporary airliner.

The “M2” insignia on the watch is a nod to the fact that the Concorde was able to cruise at Mach 2 across the Atlantic. That’s about 1,350 mph.

Much like the watch, the Concorde airframes have been sitting for a long time. The Concorde stopped flying in 2003, but even today, no modern civilian aircraft comes close to the level of speed the Concorde managed. The only two airlines to operate the aircraft, British Airways and Air France, decided to retire the entire fleet based on dwindling passenger numbers and rising costs. Additionally, the Concorde required an increasing level of maintenance and was the only airframe to require a flight engineer in order to fly, while every other airframe replaced this role with a computer. Twenty examples were built, and six of those were for testing and prototyping. Only 14 entered commercial service. Now they reside in museums around the world.

Leslie Scott was a British Airways captain on the Concorde from 1994 until his retirement in 2002. The Breitling Aerospace Concorde limited edition belongs to him. Jock Lowe, a former Concorde pilot turned commercial officer for the British Airways Concorde program, inked a deal with Breitling to create 100 examples of the Aerospace ref. 65062 with Concorde branding in the late ’90s that were offered to pilots and crew of the plane. Scott snatched one up to compliment his everyday watch, a Seiko he bought in his first year as a pilot with BOAC (which later merged with BEA to become British …read more