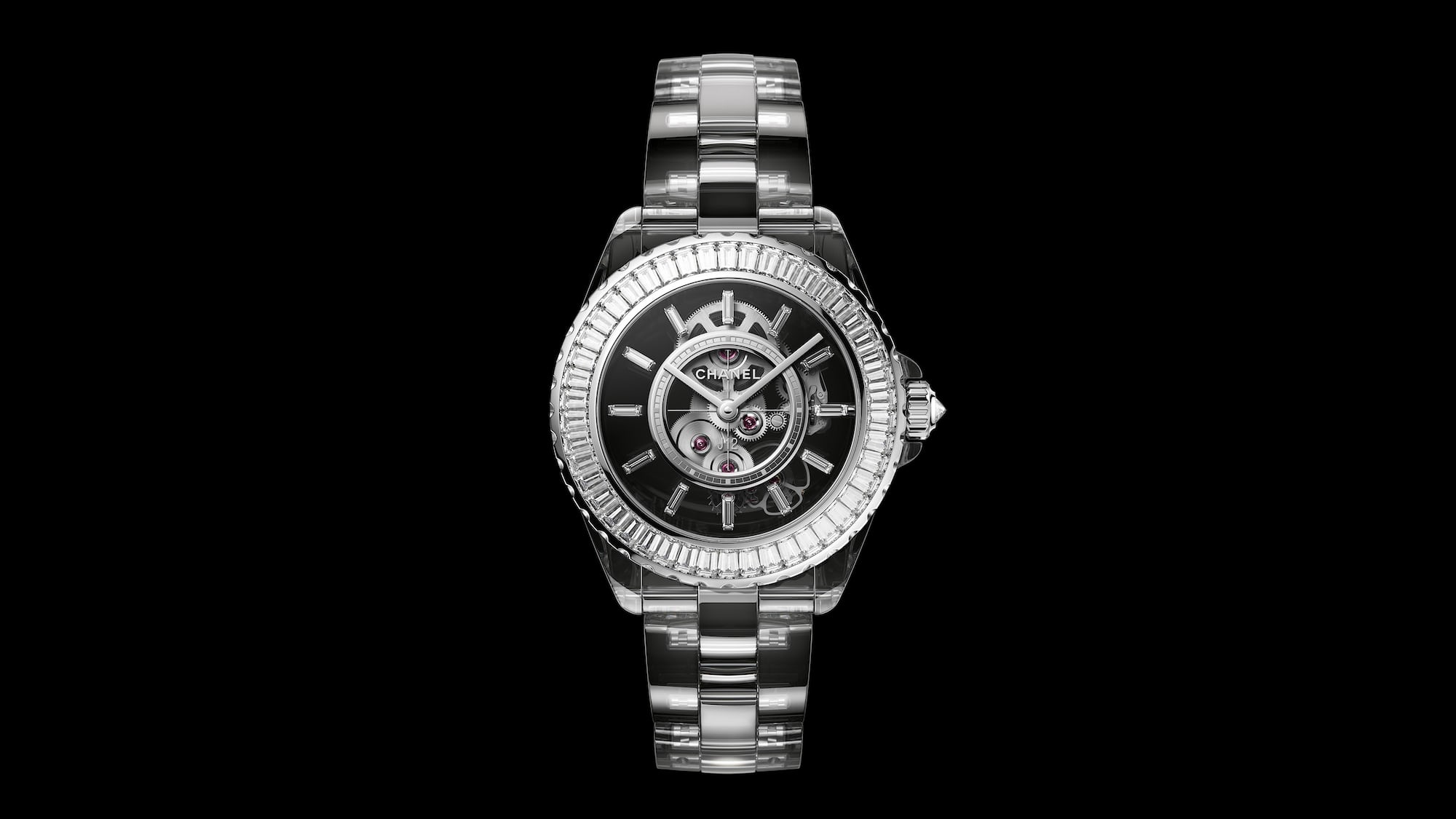 The Chanel J12 has been around since the year 2000, and in the last 20 years, it has managed to become, if not the iconic ceramic watch, certainly one which has been defining in the genre from a design standpoint. The evolution of the J12 has also reflected Chanel’s increasing involvement, not just in watch design, but in high-end watchmaking as well. The company’s better known high horology efforts have included the 2016 Monsieur de Chanel, and the J12 has been the recipient of some real-deal horological firepower as well, with the introduction of a J12 housing a custom version of the Audemars Piguet caliber 3125 in 2008, and subsequently, in 2019, another new movement from Geneva-based manufacturer Kenissi (Chanel has a 20 percent stake in the company).

The latest version of the J12 is a doozy. Virtually the entire watch is transparent sapphire, except for the hands, train wheels, mainspring, and a few other mission-critical metal components. The case is transparent sapphire, as is the bridge for the going train, and the case and dial, such as it is, are transparent sapphire as well. The hour markers are diamond, and the bezel is diamond set as well. The bracelet is, as far as I can recall, a world-first – I don’t recall seeing an all-sapphire watch with an all-sapphire case from anyone before, and it ought to make one hell of an impression in the hand and on the wrist, if we are ever able to see one in person.

The movement is an adaption of one we’ve seen before, although you might not recognize it at first in this new, very different context. It’s a variation on the Calibre 3 openworked hand-wound movement, originally introduced in the 2018 watch of the same name. (That watch is in turn essentially an openworked version of the original Boy.Friend watch, which launched in 2015.) It is certainly interesting to see that Chanel continues to maintain a very serious integration of real watchmaking in its collections – it’s not something often remembered, but the company also has a 20 percent stake in F. P. Journe as well.

This certainly strikes me as the most original and unquestionably over-the-top J12 Chanel has ever produced, but it will be both very rare and …read more