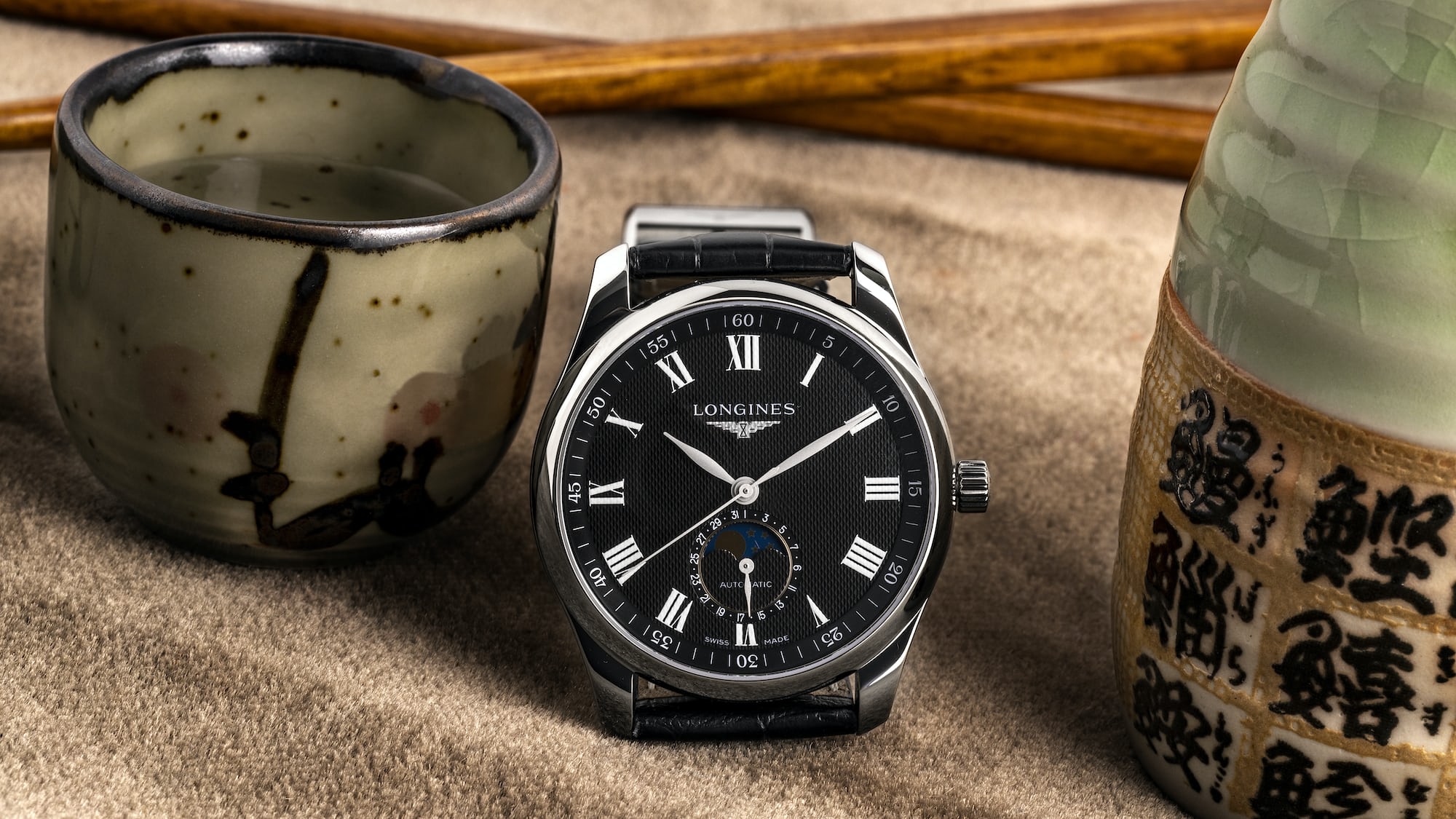 The Heritage collection from Longines has allowed a whole new generation of watch lovers to become acquainted with a number the brand’s classic designs from the middle part of the 20th century – of which, unsurprisingly, there are many. Several of these revivals have been bona fide hits: the Longines Military Watch, the Legend Diver, and the recently reviewed Heritage Classic “Sector” all come to mind. But there is another Longines collection that references timeless watchmaking codes without making specific nods to watches from the company’s archives.

Launched in 2005, the Master Collection, an example of which we are going Hands-On with today, offers a take on traditional watch designs whose inspiration appears to come mostly from the last century. Specifically, we’re looking at one that features an analog display with moonphase indicator and date: the Longines Master 40mm Moonphase Automatic.

In mimicking the appearance of the Earth’s satellite, the romantic moonphase display conveys information that, unlike the time or the date, isn’t required by most of us as we go about our daily lives. When was the last time someone asked you what the phase of the moon was, or when we’ll experience the next full moon? And yet, the horological moonphase was one of the first types of complications that I noticed when I first got into watches.

The display is intimately associated with classical watchmaking and horology, and its presence instantly connects a watch back to the movement of heavenly bodies, from which humans derived the very concept of time. Though I’ve never owned one, I can remember feeling the pull of the moonphase, particularly early on in my time getting into collecting.

While the Longines Master 40mm Moonphase Automatic doesn’t reference one specific watch from the Longines archives, it is a classically designed automatic in stainless steel that pairs a display for the date with its moonphase. Its dial has a barleycorn guilloché pattern and contrasting silver-tone Roman numerals and handset. The guilloché pattern is, as you would expect, not actual hand guilloché – you have to spend quite a bit more money on a watch before that kind of dial comes into play – but it does provide the recognizable look for a pretty reasonable price: $2,350.