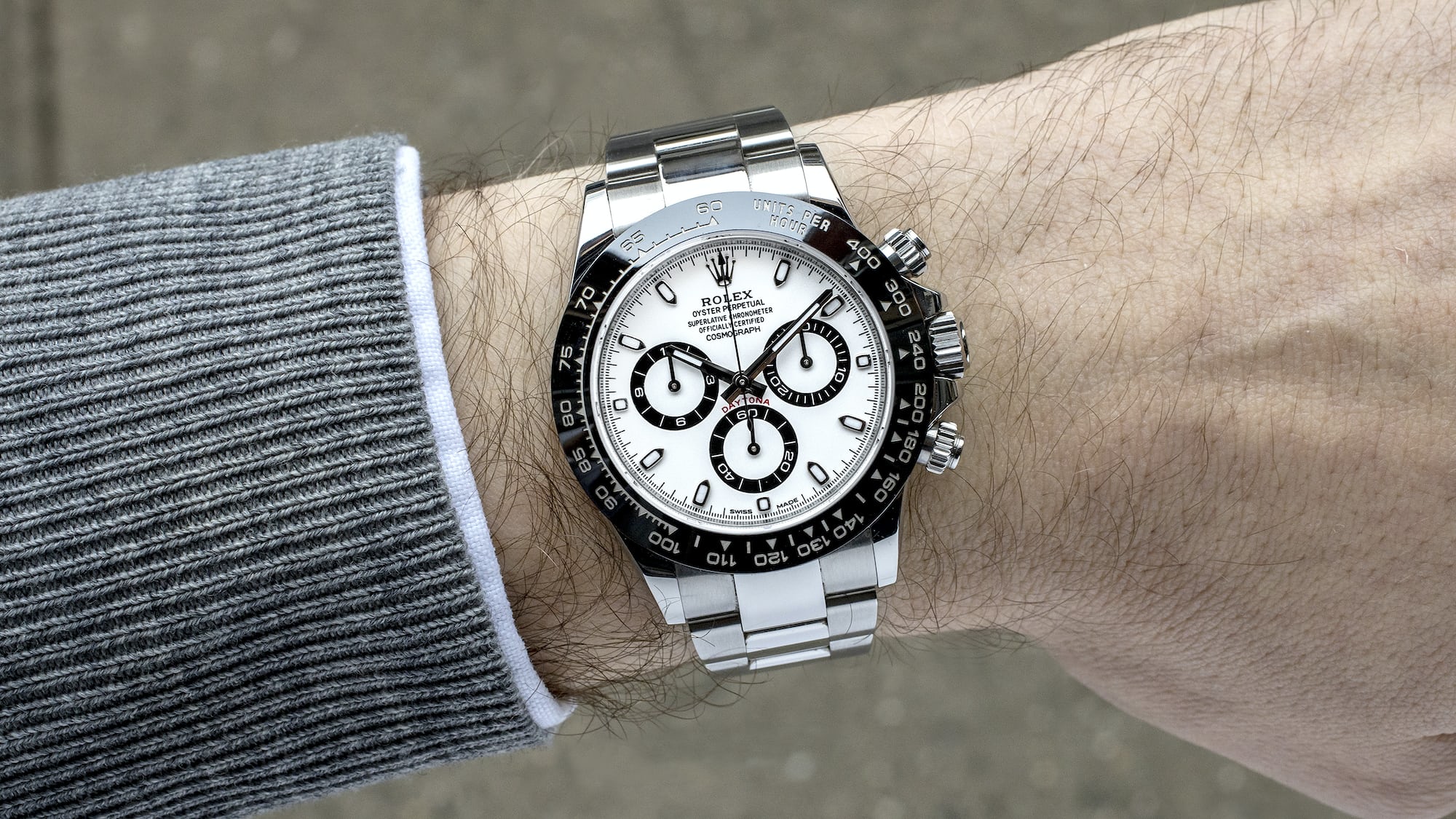 The Rolex Cosmograph Daytona represents many different things to many different people, but one of the most common reactions to the watch is frustration, at least if you’re talking about the steel-on-steel reference 116500LN. How this came to be is a story that goes back decades, all the way to the year 1963, when the first Cosmograph chronograph was introduced. The first Cosmograph, the ref. 6239, wasn’t a hit straight out of the gate for Rolex – in fact, it sold sluggishly at first. Despite the fact that chronographs were, during the 1960s, becoming an increasingly important category of watches for a company to have in its portfolio, the Cosmograph was, if not an ugly duckling among swans, certainly not the belle of the ball that it is today.

Over the decades, the watch has changed, both very much and in some respects not at all. There is a clear design continuity between the ref. 6239 and the latest models. One of the most reliable traits of Rolex as a company is the degree to which that continuity exists between much of their current catalog and many watches from the company’s past. However, in the 57 years between the launch of the 6239 and the writing of this story, the watch has undergone a tremendous technical evolution as well, making the new version of the Daytona the most advanced chronograph Rolex has ever produced – by a considerable margin.

The Daytona today is surrounded by an almost impenetrably dense mystique. It’s so in demand that buying one from an authorized retail requires either a very long-standing relationship or an enormous amount of patience (or both, depending on who you are) and buying a pre-owned model is prohibitively expensive for many for whom this would be, at normal retail prices, a tolerable expenditure. That it is notoriously difficult to obtain one would just by itself be enough to make enthusiasts feel a fascination not experienced for watches more easily obtained – it is after all a truism that nothing excites desire like being told you can’t have something. But there is also the collectibility of vintage Rolex Daytona watches. Anyone just getting interested in vintage watches nowadays soon finds out that, unless you have extremely deep pockets, collecting vintage Cosmograph Daytonas is out of the question at this point.

What this means is that for …read more