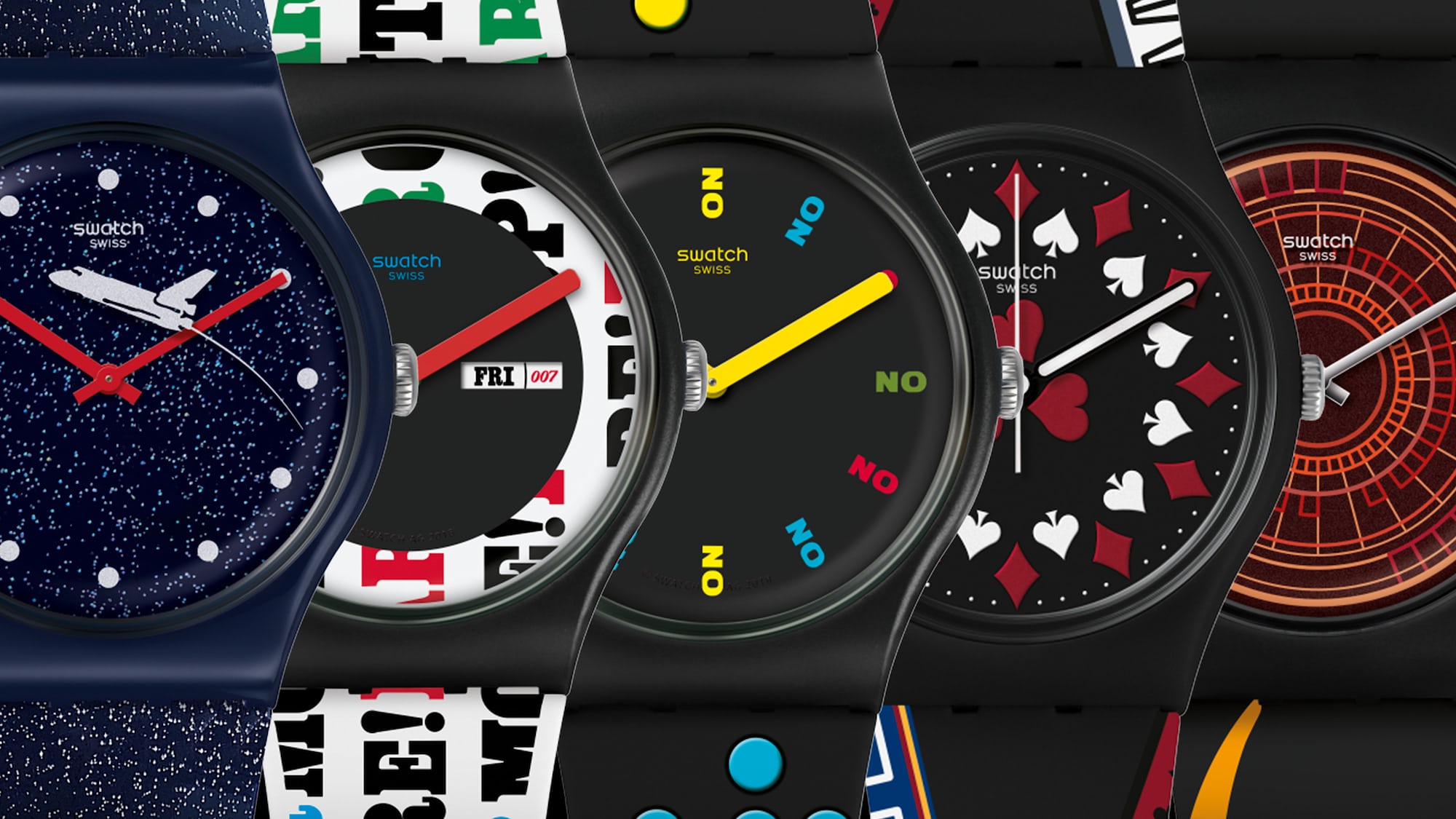 We recently showed you the latest Bond watch from Omega, but they aren’t the only game in town if you want a Bond-esque take for your wrist. Announced in advance of the upcoming 25th Bond film, No Time To Die, Swatch has launched a new series inspired by the movie posters and opening title sequences of six key films from the Bond repertoire. Think of it as a budget-friendly license to ill.

Packaged in a box that looks like an old school VHS tape, the six launch models cover Dr. No (1962), On Her Majesty’s Secret Service (1969), Moonraker (1979), Licence to Kill (1989), The World is Not Enough (1999), and Casino Royale (2006) with specific cues taken directly from the design and aesthetic established by each film (delineated in order above: top to bottom, left to right).

Bold, colorful, and directly linked to the films, these are super fun, and I especially dig the Dr. No and Casino Royale designs. Being such a massive global entertainment property, it’s of no wonder that The Swatch Group would want to offer more than just the (admittedly rad) Omega Seamaster that Bond wears in the film. This is Swatch doing what they do best, taking a simple fun-loving quartz-powered format and using it as the canvas for the art and vibe of another much-loved piece of pop culture.

The Swatch X 007 collection is slated to hit stores on February 20th and is priced from $95 for the three models that fall within the 34mm “Original Gent’s” format (those being Licence to Kill, Casino Royale, and Dr. No). Alternatively, the designs for The World is Not Enough, Moonraker, and On Her Majesty’s Secret Service are part of the 41mm “New Gent’s” line and will be hitting the stores at $105. Bond-adjacent products, direct or otherwise, have always been collectible and assuming they hit at least one of the Bond films at the top of your list (does your list not have Casino Royale?) these are a light-hearted and accessible offering that connects with a handful of Bond’s most iconic outings.