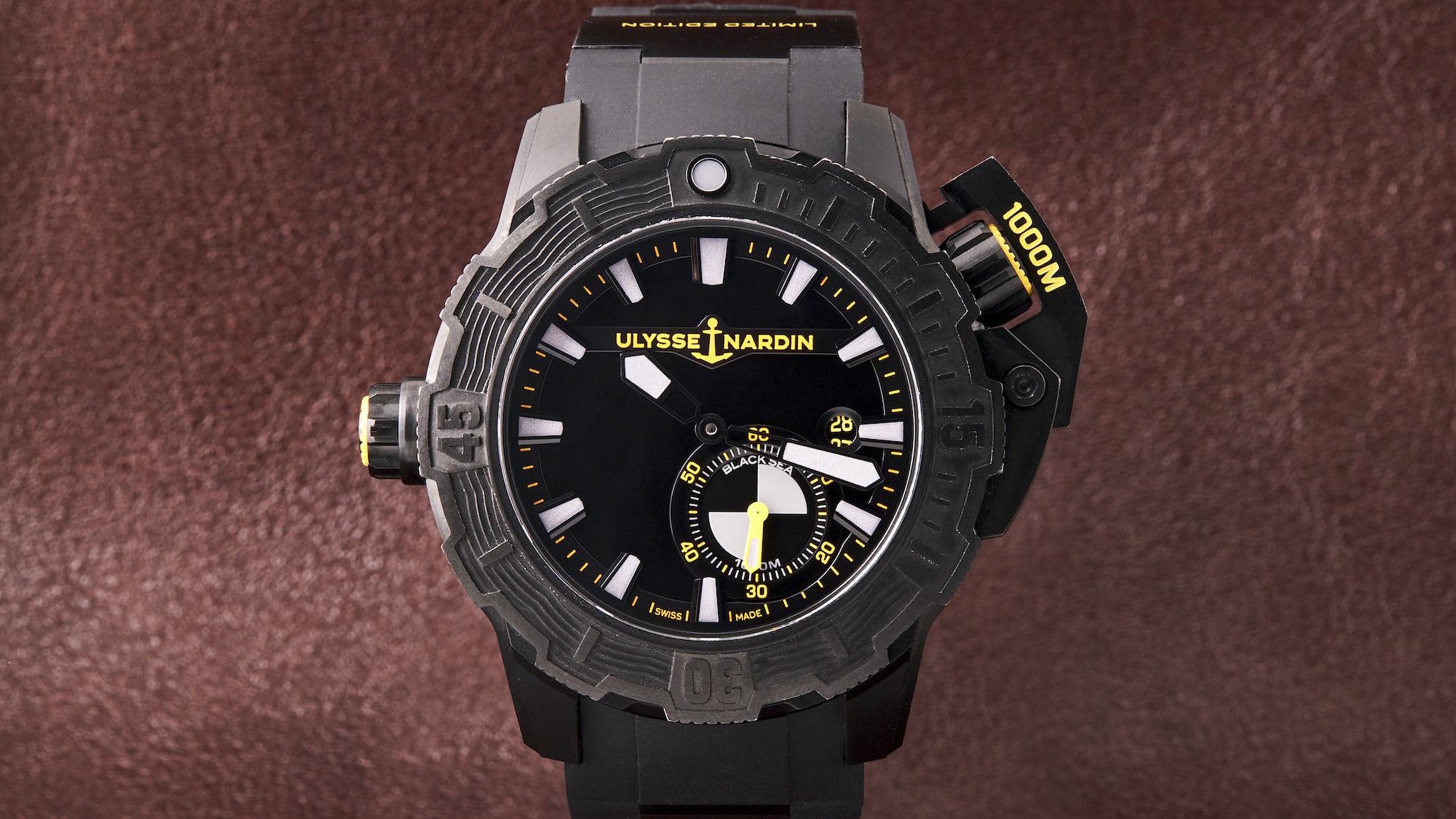 Over a burger and a few beers in San Diego, Ulysse Nardin America President Francois-Xavier Hotier and Kyle Buckett dreamed up an idea for a watch. Kyle Buckett isn’t a watch designer by trade, but he’s no stranger to getting himself into – and out of – tricky situations: he’s a former Navy SEAL. Providing input on a watch design is an easy day compared to the rigors of traditional SEAL duties. The result of the meeting is the Diver Deep Dive “One More Wave.” It’s designed to pay tribute to both Naval Special Operations and the One More Wave foundation, of which Buckett is the CEO. The One More Wave foundation helps wounded and disabled veterans paddle out and catch a wave with custom surfing equipment, as a form of therapy and rehabilitation.

It’s based on the standard Diver Deep Dive model, which boasts a full 1000m of water resistance, but this “One More Wave” gets the tactical-inspired black-out treatment: a DLC titanium case and caseback featuring the One More Wave logo to honor the partnership and the stealthy nature of the SEAL teams. Yellow accents are incorporated into the motif as well as an actionable crown protector. Inside is caliber UN 320, featuring a silicon lever and escape wheel in addition to a silicon balance spring. The movement holds a 48-hour power reserve. If there’s a SEAL tie-in, the watch better be able to take a beating. This watch certainly looks the part, and the technical specs would suggest that it can withstand a SEAL-grade flogging.

In Admiral Bill McRaven’s famous commencement speech to the 2014 graduating class of The University of Texas, he outlines the “ship attack mission,” where a pair of SEALs-in-training are dropped off about two miles from a target ship, in the middle of the night, with nothing but a depth gauge and a compass. They’re required to swim to the ship and simulate placing explosives on the target and then swimming back, undetected, to safety. It’s exactly the sort of scenario that this watch conjures up. Of course, it wouldn’t actually be used during SEAL training, but very few tool watches are used in the proper environment by the average enthusiast anyway, so why not take the design to the extreme? Go all the way or don’t even start.