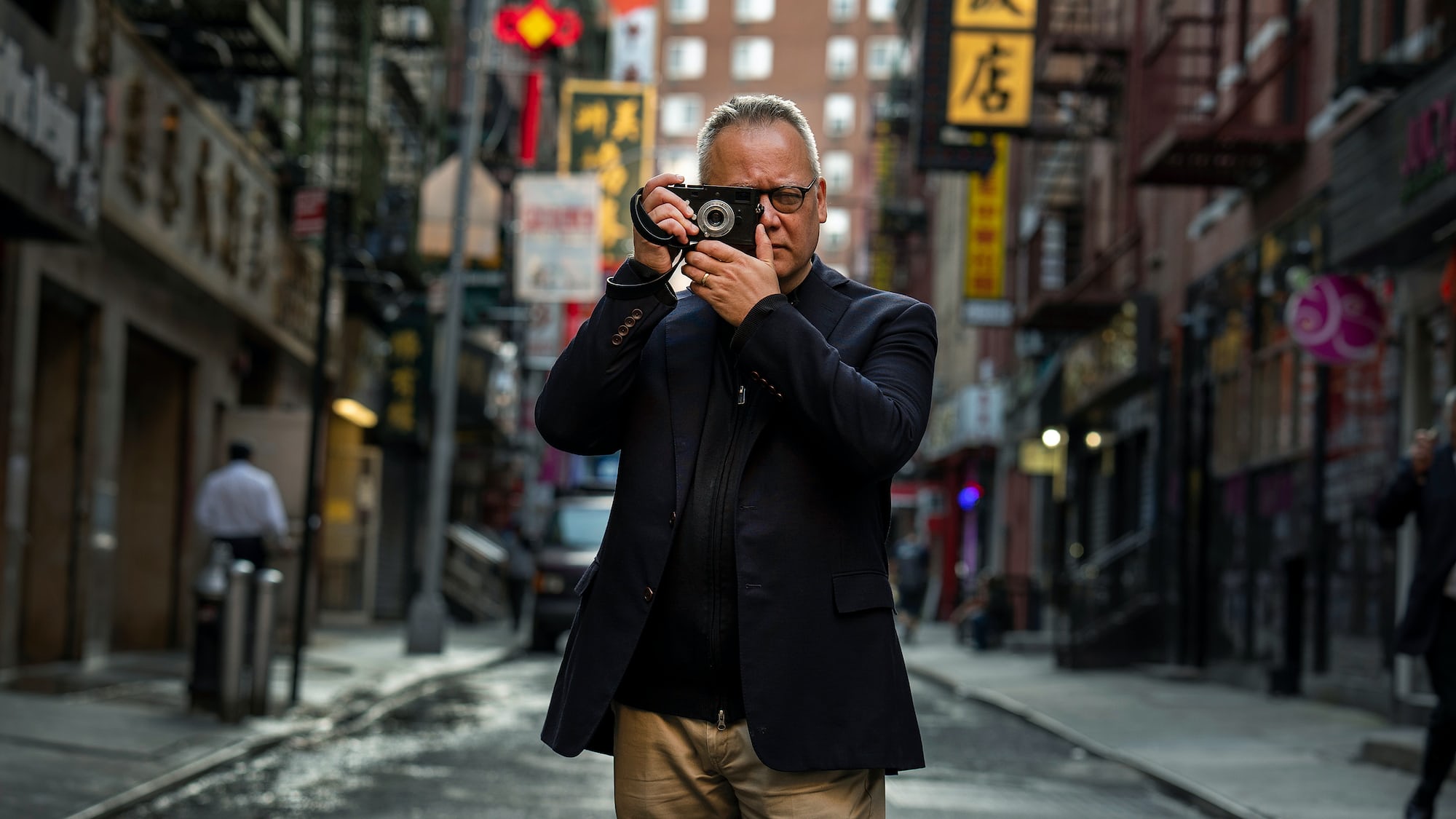 The histories of street photography and the Leica camera are one and the same. When Oskar Barnack invented the Leica in 1914, he created the first portable 35mm camera that could be carried around for making pictures in everyday situations, and which could go anywhere a photographer wanted at a moment’s notice. Modern digital Leica cameras, including the M Monochrom, are descended in a direct lineage from the Ur-Leica of 1914 and in many respects are still startlingly similar in appearance. The heritage of the Leica camera is much more than skin-deep, as well – you can use any M mount lens that Leica has ever made since the M mount was introduced in 1954, with very few exceptions, on a modern Leica M camera (digital or film) and with an adapter, many earlier screw-mount lenses as well. The ability to use both incredibly optically advanced modern Leica lenses, as well as legacy lenses, with their beautiful and often unique rendering of light, is a major advantage in using Leica M rangefinder cameras.

The Leica M Monochrom is a daily companion for me. It’s one of the purest photography instruments ever made, since the advent of digital photography – the sensor records in black and white, and to use it effectively you have to have a keen eye for how light and shadow create a composition. Choosing to shoot black and white instead of color, in the digital age, might seem self-defeating, but it requires a kind of discipline I find enormously compelling. Twice a day, walking to work and back, I get to walk through some of New York City’s most iconic neighborhoods – the East Village, the Lower East Side, and Little Italy. To do street photography in New York City is to follow in the footsteps of giants, like Elliott Erwitt, Joel Meyerowitz, and Garry Winogrand, and their work is a daily inspiration – and also a reminder that at some point, admire the past however much you may, you have to find a vision of your own.

A Leica camera is a relatively simple instrument, but an extremely precise one, and to use it really effectively requires stepping back from the spray-and-pray habits you can fall into with digital cameras. More than anything, it takes practice, practice, practice – …read more