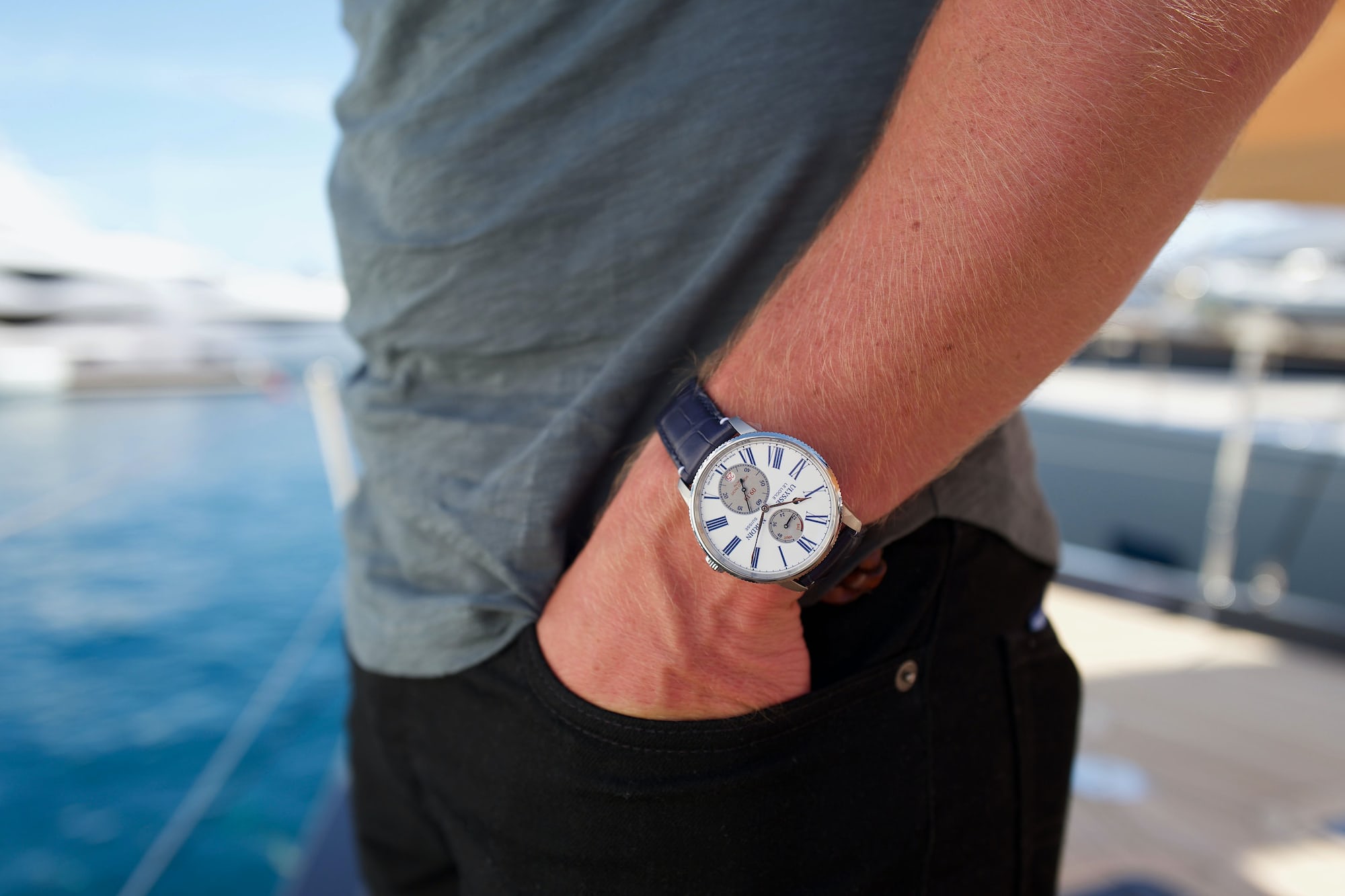 Years ago, my introduction to Ulysse Nardin came via its marine chronometers and pocket watches. On the occasion of the Monaco Yacht Show, an event second in prominence only to the city’s annual Formula One race, UN tapped into this compelling dimension of its horological history by introducing a limited run of chronometer-rated wristwatches.

As you can see in the image above, the new Marine Torpilleur Monaco Yacht Show holds true to the dial layout of previous iterations and marine timekeepers. This limited edition isn’t exactly reinventing the wheel, after all. If you are familiar with previous Marine Torpilleur models, you will no doubt recognize the similarities with watches of the past. This newest model features a grand feu enamel dial, contrasting grey sub-dials (power reserve and sub-seconds) and the red text within “09.19” and “Monaco Yacht Show.” While I would prefer not to have any written text on a dial, some will undoubtedly enjoy the street cred that comes with such an event.

The watch is powered by the UN-118 manufacture movement, which is an automatic-winding caliber featuring a power reserve of 60 hours and a silicon escapement. The screw-down crown is engraved with the UN logo, and the date aperture pops with a red 25, 26, 27, and 28 (the dates of the show). The elongated blue Roman numerals and graceful, pear-shaped steel hands are suave and clearly Ulysse Nardin at a glance.

Donzé Cadrans, the dial maker owned by Ulysse Nardin, is responsible for the beautiful dial that you see on this new watch. All the work is carried out by hand, and it is actually quite common for the dials to break through the intense applications of heat that result in the glossy white texture you see here – a trial by fire, if you will. A copper base is dusted with enamel and then fired at a temperature of approximately 800°C. The second step consists in affixing the indexes and inscriptions on the dial using dyes composed of enamel powder. The dial is then fired once again to fuse this new layer of enamel and to level the surface of the dial. It is satisfyingly proportioned at 42mm and overall a handsome watch. At $9,500, it’s a drop in the ocean when picking up your 60-meter Benetti.