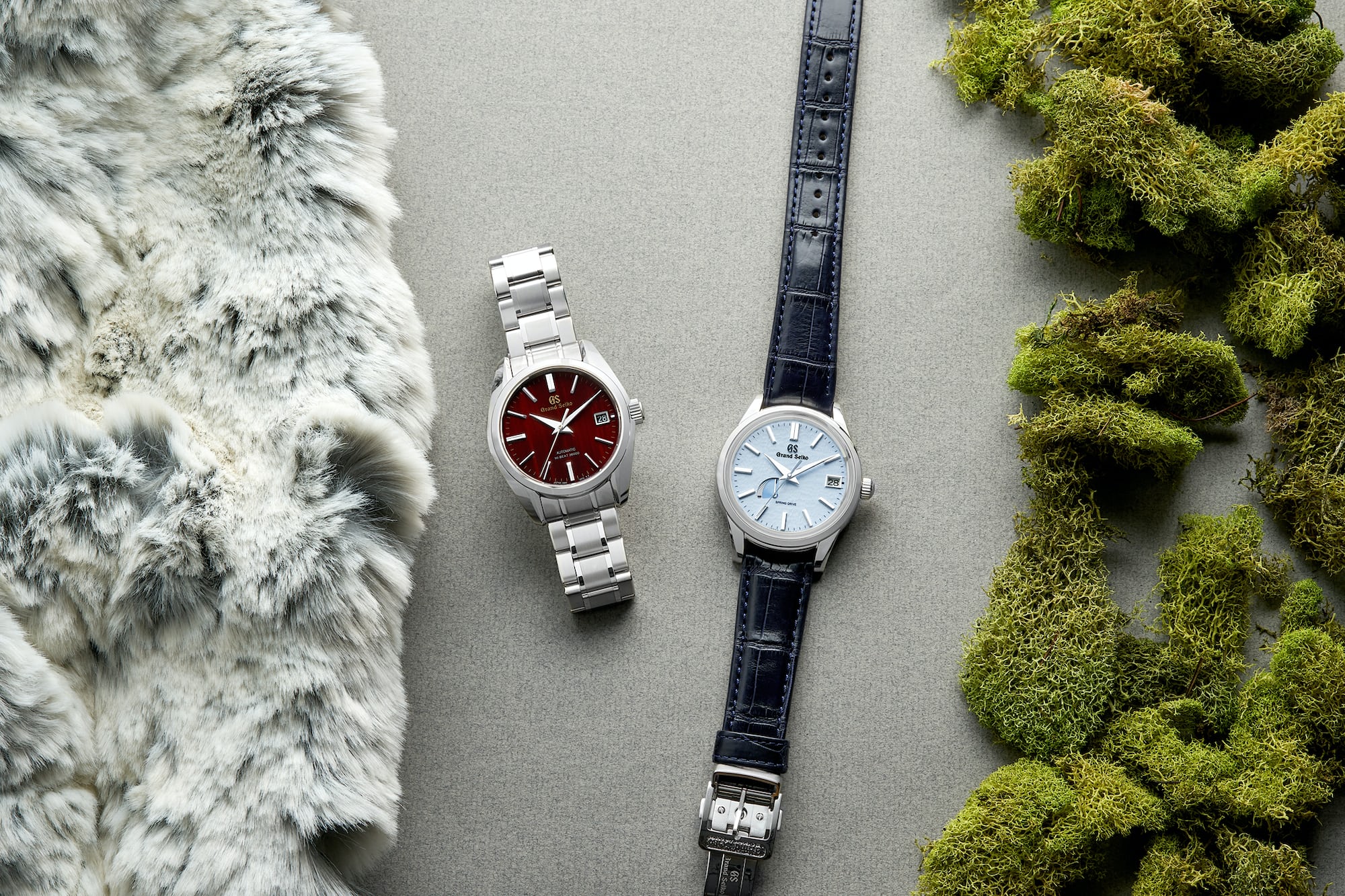 Grand Seiko is far from the only watch brand to use its timepieces as a form of poetic expression, but it’s likely the company that does it to the greatest effect. Japanese culture, the surrounding Nipponese landscapes, and the four seasons have all become consistent thematic elements in Grand Seiko’s watchmaking repertoire. Today, we’re excited to introduce two new watches into the HODINKEE Shop that build on those sensibilities in a multitude of ways.

The Grand Seiko Spring Drive “Blue Snowflake” SBGA407 has the distinction of being the first true variation on the original “Snowflake” SBGA211, which has become Grand Seiko’s most enduring design since it was first introduced in 2010. While the SBGA407 immediately stands out due its soft blue dial tone, Grand Seiko has made even more changes to the watch than just its color, the most important being the choice of stainless steel for the case metal, compared to the lightweight titanium that has characterized all previous “Snowflake” models. In addition to being a bit weightier, the dimensions of the watch have shrunk from 41mm to 40.8mm across, and become slightly thicker at 12.8mm compared to 12.5mm for the SBGA211.

The dial has been altered in other ways as well. Gone are the trapezoidal hour markers at six, nine, and 12 o’clock, replaced by perfectly formed rectangles that are slightly thicker and more consistent with the rest of the timekeeping display. The soft blue tone of the dial feels authentic to the original “Snowflake,” while the new case design, polished in its entirety, lends a dressier feel. Gliding smoothly over the dial, which references both traditional washi paper and freshly driven snow in the Shinshu mountain range, are heat-blued hands made of steel, one for the hour, minutes, and seconds, and an additional indicator for the power reserve display between seven and eight o’clock.

The creation of the classic “Snowflake” dial, regardless of its hue, is a deliberate process with a number of steps. The pattern is first stamped onto a blank wafer made of brass. After the wafer is cut into the circular dial shape, multiple layers of coating are added to create the translucent effect seen in the final result. The outcome is both subtle and enticing, offering a significant play of both light and shadow that rewards the …read more