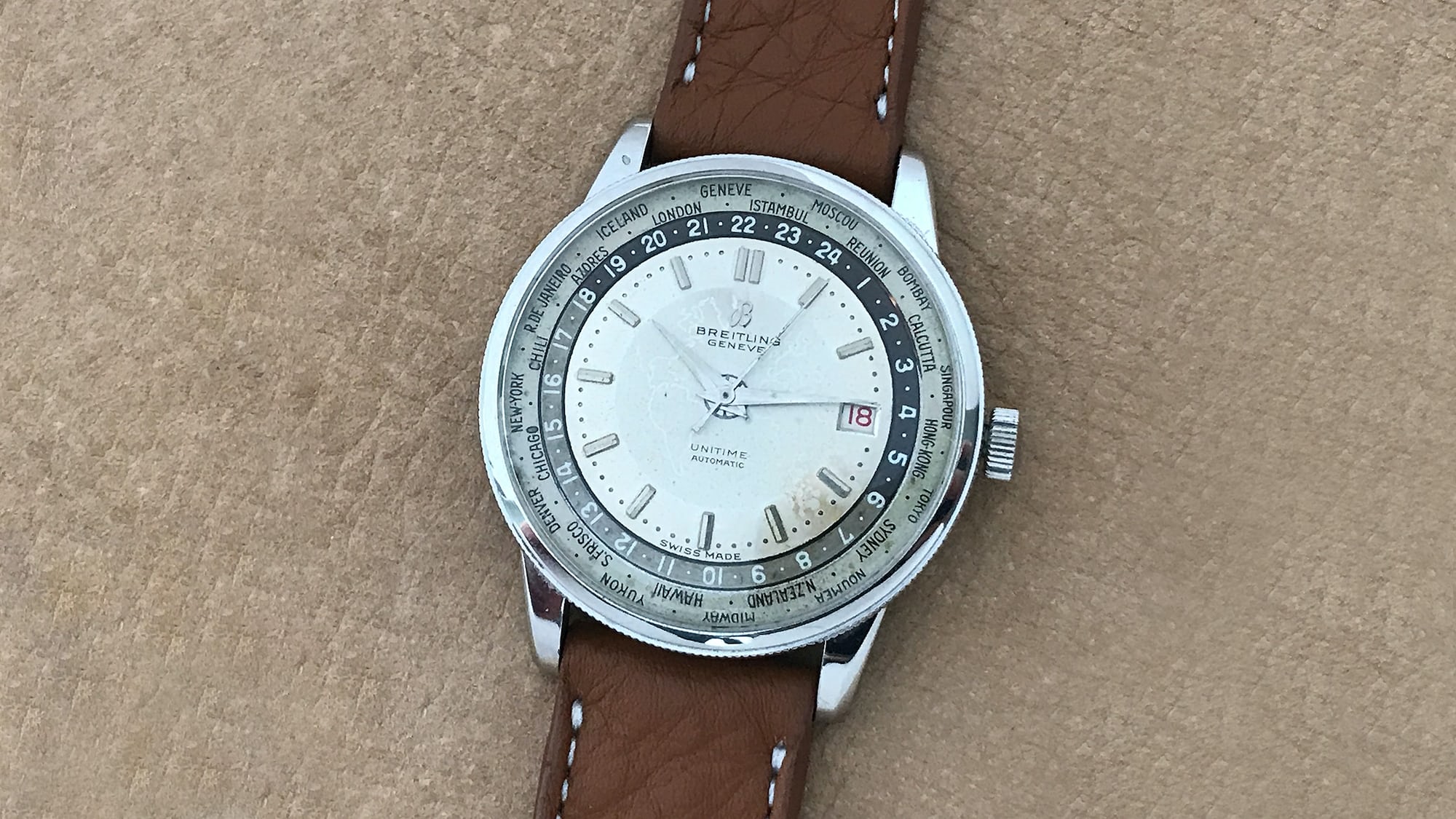 That time of the week has come once again, and the roundup is just as good as you’d expect. Kicking things off is a striking Pre-Moon Speedmaster Professional, followed by the single coolest Patek Philippe we’ve encountered in a long while. Scroll down, and you’ll be pointed in the direction of an uncommon world time watch from Breitling. Those who enjoy the occasional “fun” piece will appreciate the rally-bezel-fitted Zodiac Sea Wolf, along with an automatic example of a Keith Haring-designed Swatch, in new-old-stock condition, complete with the original box. It’s temptation time!

To get things started for the week, we’ve got an iconic chronograph if there ever was one, which predates its claim to fame ever so slightly. I’m talking about a Speedmaster, and no ordinary one, as the presence of its uniquely aged dial would suggest. Don’t worry, there’s no derivative recounting of the Moon mission ahead – we’re getting right down to the nerdy, nitty gritty.

On most examples of the Ref. 145.022, you’ll find that the fitted caseback boasts the timepiece’s NASA flight qualifications and Moon mission involvement, but on this watch, such an engraving is nowhere to be found. This is explained by its date of production, which, despite having been manufactured in 1969, still predates Apollo 11. For this reason, collectors refer to such examples as “Pre-Moon” Speedmasters. Like other examples of this reference that were produced during that year, the dial on this one has achieved a tropical tone.

Slightly tropical dial aside, this is an attractive example for a number of reasons. First, it’s fitted with the correct “dot over 90” bezel that’s been replaced on all too many examples after years of wear and tear. On this piece, it remains nearly unscathed, save for a single scuff near the six o’clock position. Secondly, this example comes complete with the correct 1039 bracelet and 516 end links that many spend a great deal of time and money attempting to track down. If you’ve been after a Professional case Speedmaster for a while, might I suggest taking a stab at this one.

An eBay seller in Australia has this piece listed for AUD 14,500, which equates to just under $10,000. You’ve also got the option to make an offer, so have at it!