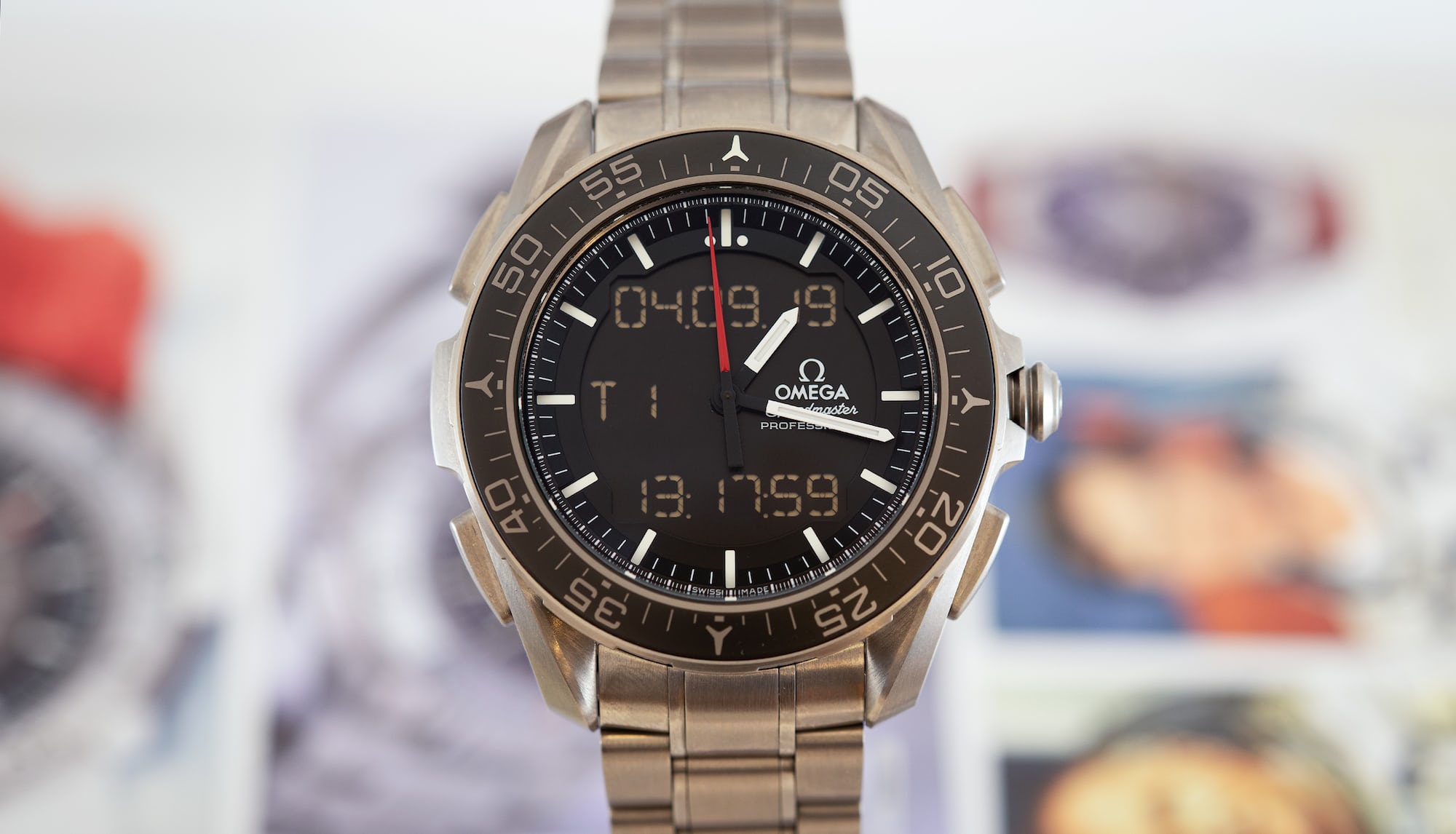 The Omega Speedmaster X-33 is the result of asking a single focused question: what kind of watch would you create, if you started with a blank sheet of paper, and set out to make the ideal wristwatch for astronauts and pilots, and which included all the specialized timing functions required by these professionals? You would want a watch without any extraneous ornamentation, and it would have to be highly legible, easy to operate under flight deck conditions, and extremely accurate and reliable. If you’re being coldly rational about the whole thing, you would have to begin with the assumption that your watch is going to be powered by a quartz movement, and you’d probably decide on a combination of digital display of specialized timing functions, and analog display of the time (which gives you the best of both worlds, in terms of offering multiple functions, but also ensuring good visibility of the basic time display). You’d also want it to be light, comfortable, and easy to wear for extended periods of time – a watch that’s there when you need it, and which doesn’t unnecessarily call attention to itself when you don’t.

You might not, after a lengthy process of refining your design based on feedback from both pilots and astronauts, come up with something exactly like the Omega X-33, but you would probably end up with something awfully close.

The X-33 Skywalker is the latest version of a watch that has surprisingly early antecedents. One of the first analog-digital Omega watches was the now largely forgotten Seamaster Multifunction, which, like the first X-33, had a multi-function LCD display, and an analog presentation of the the time. That watch, introduced in 1986, was billed as “the watch with eight faces and a magic crown,” and, like the X-33, it was also made of titanium (you could get it in a very cool looking two-tone titanium version as well, or steel). It seems to have been a relatively short-lived experiment for Omega, but it laid the groundwork for the presentation of the first version of the X-33, which debuted 12 years later, in 1998. That version’s functions included the time and date (with a pre-programmed perpetual calendar) as well as an alarm, mission time with alarm, UTC with alarm, and chronograph. …read more