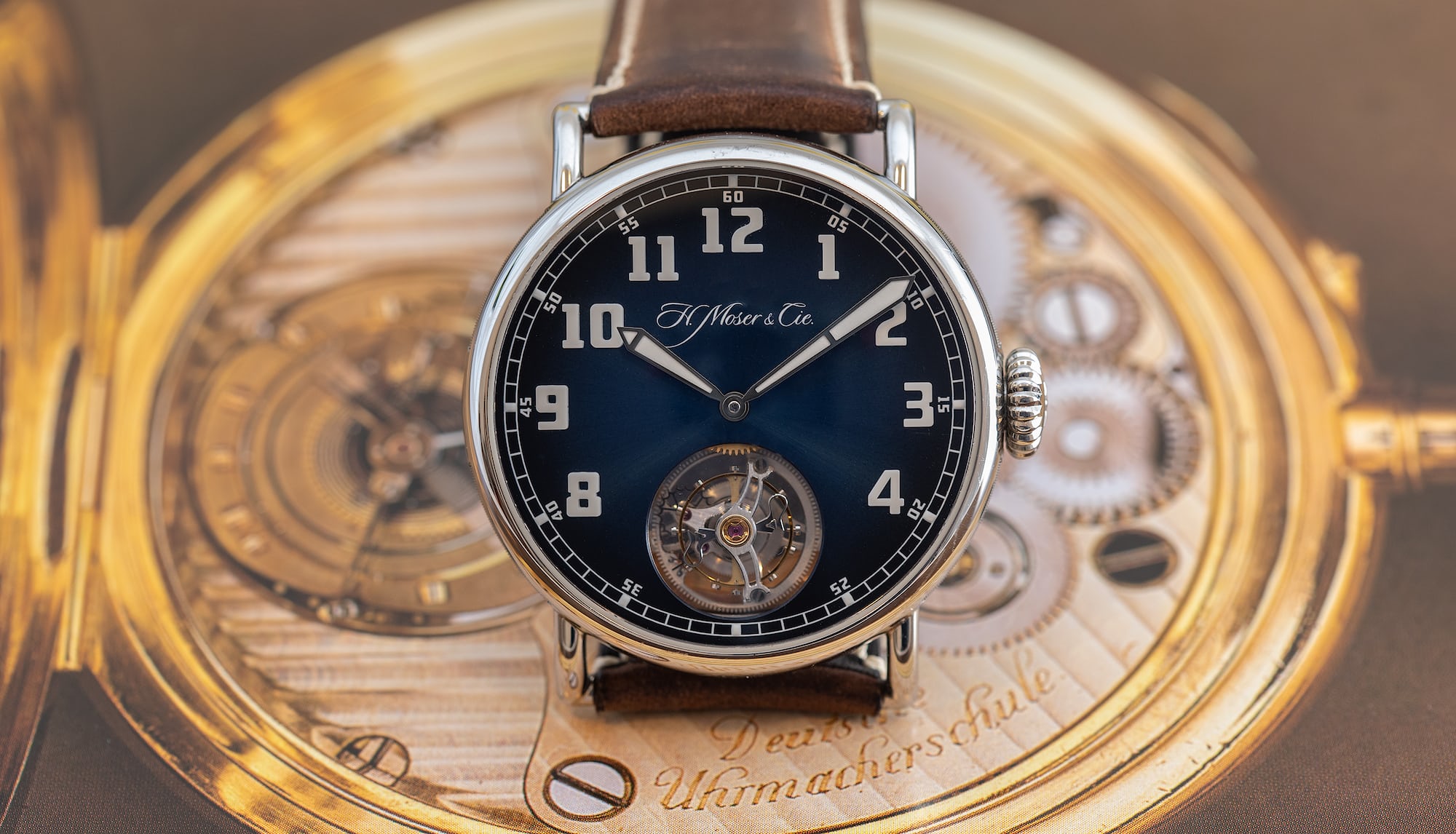 There are two faces of H. Moser. One is a rabble-rousing independent manufacturer that creates provocative horological shock art meant to get people talking. And they’ve consistently succeeded, with pieces that comment on the sometimes stodgy nature of the Swiss watch industry. There’s a side of the brand that’s young and rebellious.

And that’s a product of CEO Edouard Meylan. He watched his father, Georges-Henri Meylan bring Audemars Piguet into stratospheric stardom during his youth. Now Georges-Henri Meylan’s MELB Holdings Group, owns H. Moser & Cie. Edouard may be young, but his exposure to the arcane inner workings of the Swiss watch industry started at an age before many of us even knew what a wristwatch was, let alone the world of haute horology

The other face of H. Moser is far more reserved. The manufacturer has built a cult-like following for its in-house calibers that put forth an attractive value proposition. Value exists at every rung of the horological ladder, and H. Moser’s Heritage Tourbillon in funky blue at $49,900 stacks up quite nicely next to its contemporaries.

H. Moser is a bit of a different beast than other heavy hitters in the league that it plays in. It functions and operates much closer to an independent than a large brand run by a Swiss watch industry giant. It’s essentially a new manufacturer with very old roots. The work of Heinrich Moser could have easily been reduced to a few lines in a dusty old book about early 19th century Swiss watchmaking that few people read. Heinrich started a watchmaking operation in St. Petersburg in 1828 that evolved over the years and eventually succumbed to the Swiss watch industry turmoil in the 1970s. Moser’s legacy, however, was revived by the Meylans, with a healthy injection of capital and expertise. This was their chance to bring something to the market that catered to individuals with properly refined taste, all while eschewing traditional high horology tropes.

And that thinking is totally present in the Heritage Funky Blue Tourbillon. Producing a proper tourbillon is a rite of passage for any serious high horology manufacturer, and H. Moser is well beyond that, but what they’ve done around this specific caliber, HMC 804, is whats most interesting. The HMC 804 boasts a three-day power reserve with skeletonized bridges and a …read more