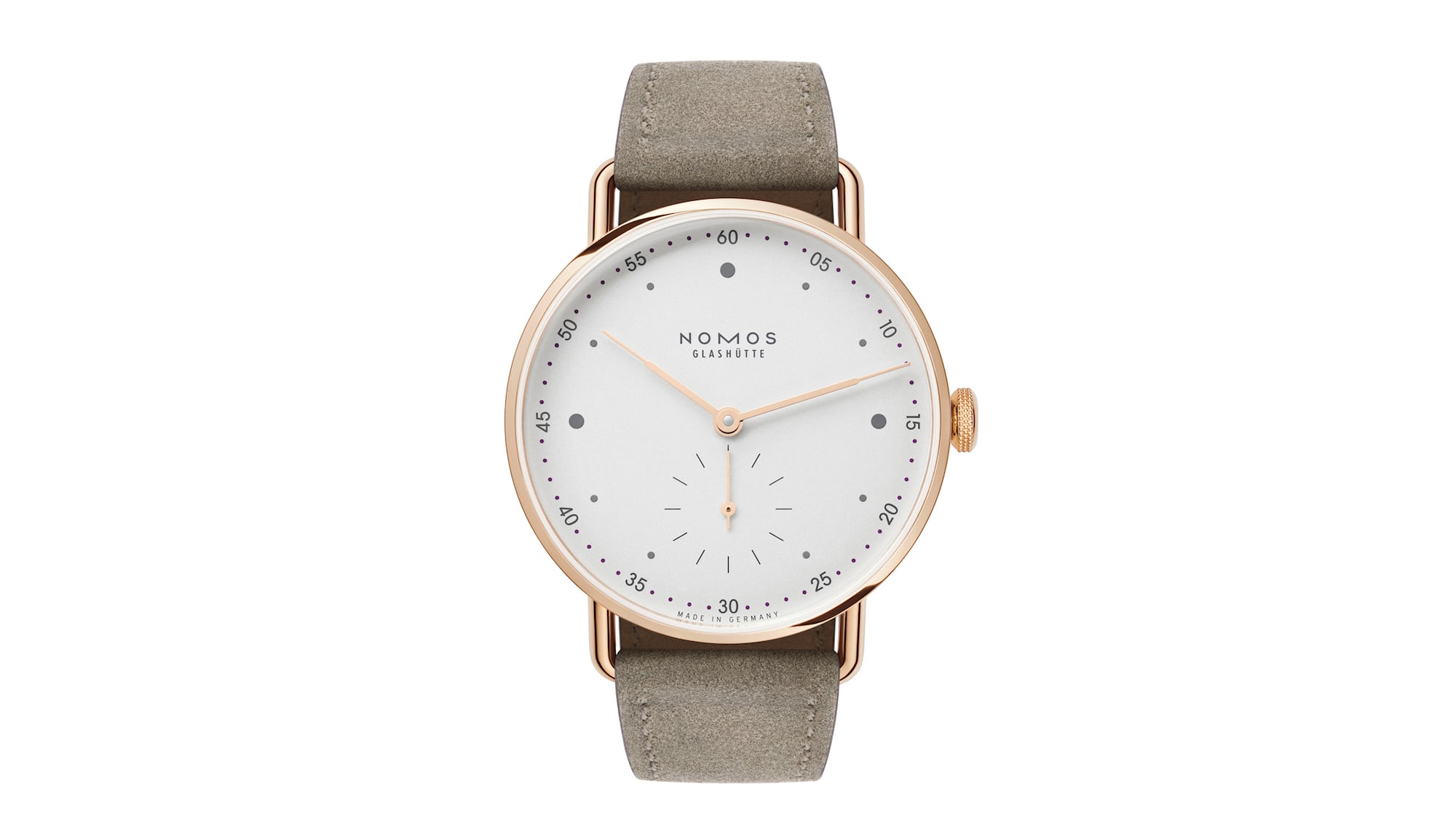 Today, NOMOS announced a new, rose gold version of its popular Metro watch. This is the smallest Metro watch so far, although it’s not the first in gold; that honor goes to the the Metro Neomatik 39, which was introduced in 2017, as part of the At Work collection (see Stephen Pulvirent’s coverage right here). Gold watches are a relative rarity from NOMOS, although they have experimented with the material before – most notably, in the Lux and Lambda watches, which launched all the way back in 2013, and which were larger than usual for NOMOS, and which, as well, featured movements with much more elaborate decoration than is usual for NOMOS.

Those were very pricey for the brand, at $17,800 for the Lambda in rose gold, and $20,500 for the Lux in white gold, and at the time, the combination of precious metal and unapologetically premium luxury pricing, shook up some of the NOMOS faithful, but since then, the basic core identity of the company – the production of high quality, carefully designed, generally simple timepieces priced within an accessible range, has stayed basically the same. The new Metro has the same clarity of design and simple, high quality of execution common to all NOMOS watches, and the movement is the hand-wound NOMOS Alpha, which has in design and execution the same sense of sober dignity as the watch.

The NOMOS Metro 33 in rose gold, thanks to its size and strap execution, seems to be aimed a bit more directly at the market for a traditionally elegant ladies’ timepiece than one generally sees from NOMOS, whose watches, as a rule, hew to a purity of design language that transcends traditional wristwatch gender categories. Even if that is the case, however, I think it still has potential as a non-gendered timepiece. It has a slightly formal, old-fashioned air to it, thanks in part to the wire lugs, and I think there is a non-zero chance that a black crocodile strap (just throwing that out there) could make this into an extremely attractive dress watch.

This would be a most interesting watch to have an opportunity to handle in the metal (which we’ll try and do in the not-too-distant future). A lot of the impact made by a …read more