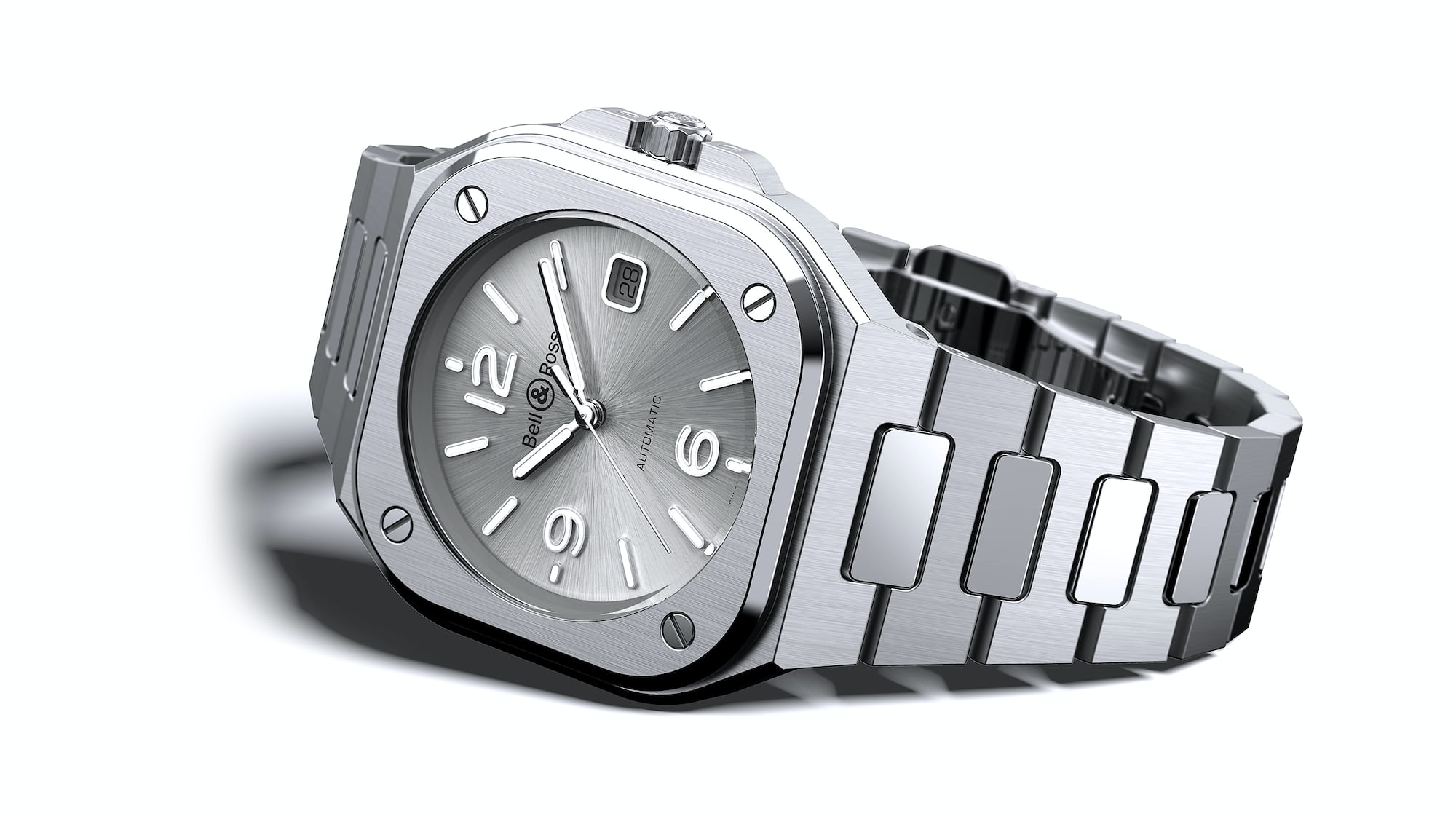 Bell & Ross recently announced a new line of watches, which represent a combination of design attributes from several of its existing collections. We have the rounded-corner case shape of the BR01 collection, and the signature Arabic numerals found not only in the BR01 collection but in other Bell & Ross watches as well. The collection at launch consists of a single basic 40mm square case design, with a number of variations in terms of dial treatment and strap or integrated steel bracelet. There will also be a skeleton-dial version, as well as an 18k rose gold model, which can be had on either a black rubber strap, or an integrated rose gold bracelet.

We’ll focus for now on the steel-cased, solid dial versions of the watch as those represent the clearest expression of the basic design of the new collection. These are also the models which have excited the most attention thus far, as there is a lot of argument over whether or not the design connects strongly enough to earlier Bell & Ross designs, and has enough of its own individual identity, to avoid appearing too similar to other, earlier, steel watch designs with integrated bracelets. This includes the Patek Philippe Nautilus and of course, the great-grandaddy of the genre, the Royal Oak (released, respectively, in 1976 and 1972).

The connection in design language between the BR05 collection and the earlier, signature BR01 (46mm) and BR03 (42mm) collections, is straightforward. The BR01 and BR03 watches are inspired by aircraft cockpit instruments, and have very large lume-treated hands, Arabics at the quarters, and a round bezel framing a round dial, all inside a square case with rounded corners. Four prominent screws hold the upper and lower parts of the case together. Many of these elements are present in the new BR05 collection as well, including the same numeral typeface, and the four screws, as well as the round dial in a square frame. In the case of the new collection, however, the rounded-corner square forms the bezel rather than the actual case body, which is a modified version of the BR01/03 case shape.

Where the BR01/BR03 collections use straightforward straight lugs, the BR05 has extensions of the case which flow into the first center link of an integrated metal bracelet, which has brushed links alternating with polished …read more