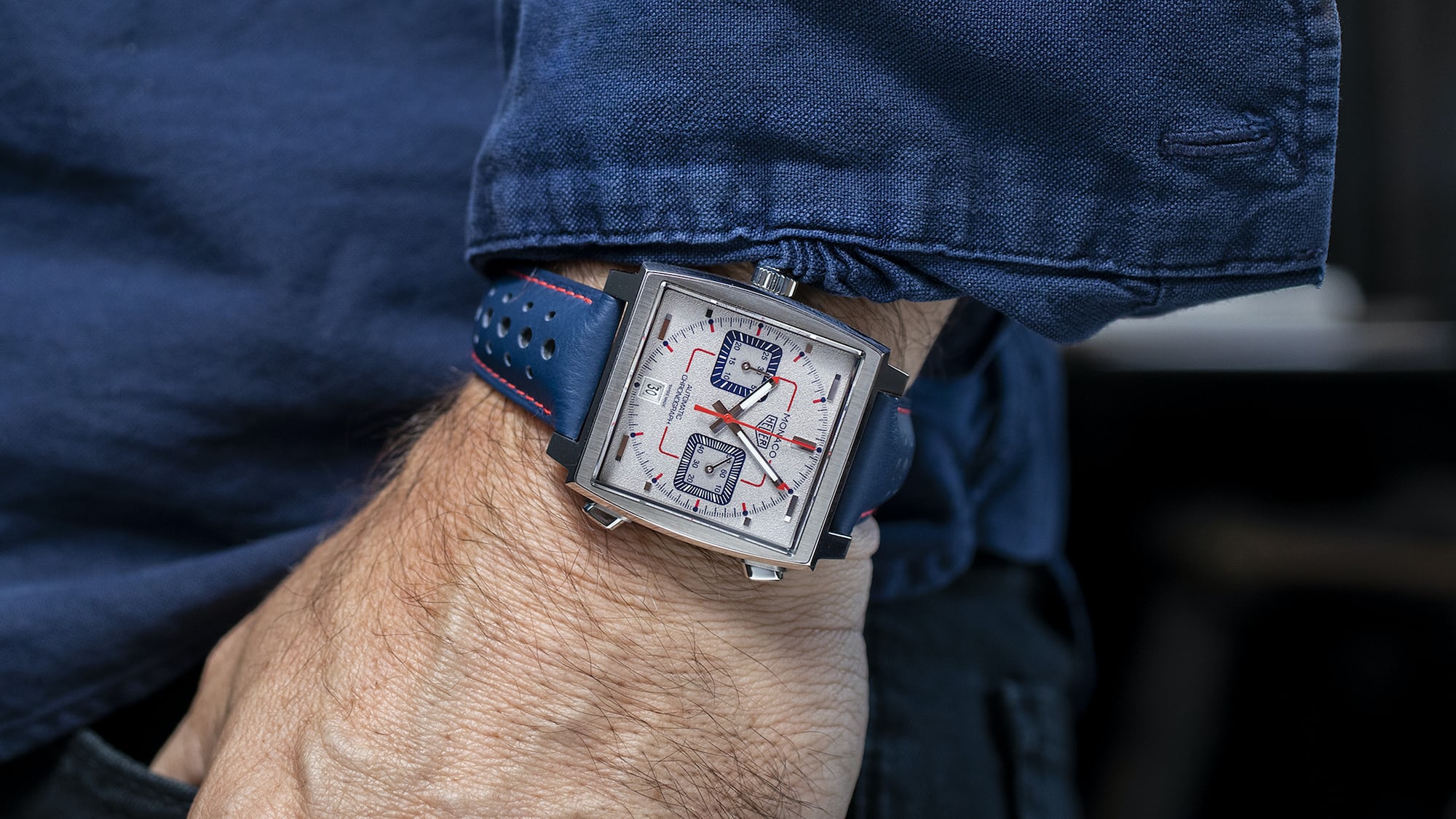 Steve McQueen wore the Heuer Monaco in 1971 in the film Le Mans. The watch was released two years earlier, and the watch was extremely bold for its time. It still remains so today. Jack Heuer knew it would catch the eye of viewers, and his confidence paid off. The explosive popularity the watch experienced earned it a sterling reputation among the racing world that carried it through an entire fifty years of production, and the watch is still a staple in modern TAG Heuer line-up today. TAG Heuer has been honoring the legacy of the watch throughout half a century with limited edition pieces that draw inspiration from every decade the watch has served the motorsports community, starting with ’69-’79, then ’79-’89, and today the watch from ’89-’99 is leaving the pit and joining the race.

It retains the same dimensions as the rest of the series, with a 39mm square case that bears a wrist presence much larger than one would expect from a sub-40mm case. Inside is TAG Heuer’s new Caliber 11, which also mimics the legendary movement by keeping the crown on the left hand side of the case while the pushers stay on the right. Another throwback that all the watches in the 50th anniversary series champion is the use of the old Heuer logo as opposed to the modern TAG Heuer logo. When the watch was released the brand was still known as simply Heuer, TAG wasn’t part of the picture in ’69. It was 1985 when TAG acquired Heuer.

To capture the ’90s culture visually, a rhodium-plated dial with sandblasted blue registers, and a design motif that features red and blue accents on the dial. On top of the motorsport connection, it’s also meant to emulate the industrial design language of the ’90s.