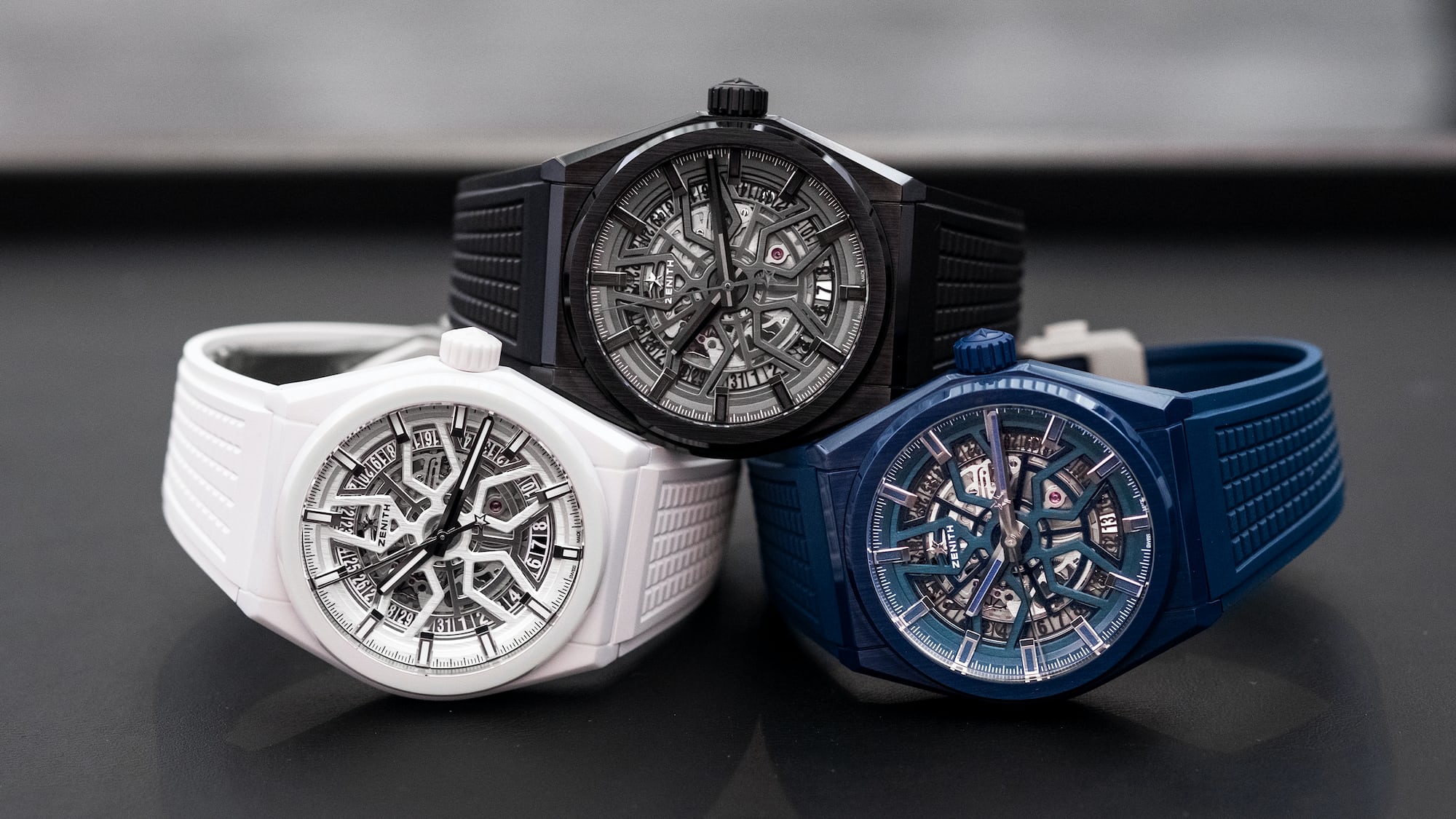 What we have here is a trio of new(ish) ceramic Defy watches from Zenith. As you can see, they have undeniably modern looks, and yet the name, and certain elements of the watch’s design – most obviously the case – are inheritors of a design language dating from the late ’60s to early ’70s, even though the case is made from a material that watchmakers only began utilizing some time later.

About a week ago, I wrote up the revival of the watch from which this Zenith design language sprang, the company’s A384, which debuted with the first wave of El Primero chronographs in 1969. The A384’s angular tonneau shape shares more than a passing resemblance with the Defy line that would launch a short time later. Zenith CEO Julien Tornare told me that it occurred to him while deciding to revive the A384 that this was the watch where the Defy design came from, and I have to agree with him. Looking at the modern Defy and understanding the history of Zenith, I think that the three watches we are looking at today represent well-executed examples of how a watchmaker can evolve designs and use new materials while still honoring its history. Let’s check them out.

What we have here are three monochromatic, openworked time-and-date sports watches in different colors of ceramic that are presented on rubber straps. There’s a sleek black one with a hip, sleek vibe; there’s a white version that looks like it was made for life on the beach in Miami; and there is a blue one that is bit harder to pin down. I don’t dislike it by any means. I just feel as if the first two are no-brainers that will have no problem finding their way onto plenty of wrists. This last one might be a bit more challenging or niche.

Ceramic cases were once a rarity in watchmaking, but the material’s use has since become much more widespread, including at more affordable price points. The blue case caught my eye for the simple fact that non-white and non-black ceramic cases are still relatively rare. Hublot (another LVMH brand) and a few other companies currently make them, sure, but the majority of ceramic timepieces still tend to be basic black and white. One of the primary advantages …read more