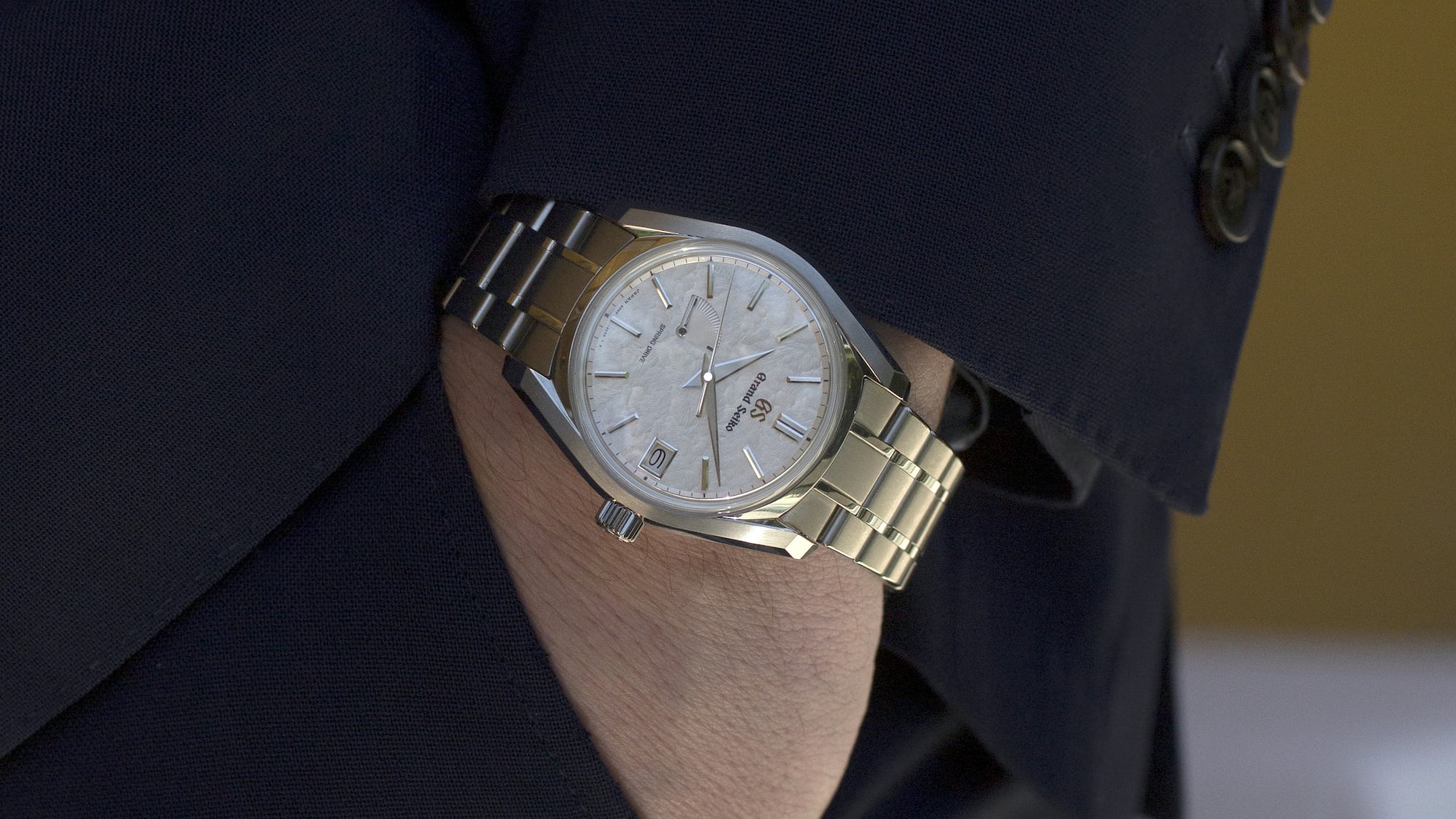 In true Japanese fashion, Grand Seiko has managed to take the abstract idea of seasonality and conceptualize it in a way that’s expressed as horological artistry. Four new models have been released for the U.S. market only, two mechanical pieces and two Spring Drive pieces, with each watch in the collection drawing inspiration from one of the four seasons. The design of this new collection takes after the 62GS, Grand Seiko’s first automatic timepiece, which was released in 1967. The hallmark of the 62GS is a bezel-less case design, where the crystal is affixed directly to the case. It’s a proper engineering feat to pull something like that off in 1967 to a high degree, and technology has only improved over the last half a century.

Of course, the stainless steel cases also benefit from Zaratsu polishing typical of Grand Seiko. The other two watches are fashioned from titanium. Grand Seiko released a heritage model paying tribute to the 62GS in 2015, whereas this 2019 “Seasons” release takes cues from Grand Seiko elders by channeling design elements in a much looser format, a sort of homage to the 62GS rather than a reproduction. The case has modern proportions and razor sharp lines, with the lugs being treated to an update. On the Seasons watches you’ll find the crown at 3 o’clock instead of 4 o’clock (its location on the vintage 62GS and the re-edition).

Both the 9R65 Spring Drive and Hi-Beat 9S85 caliber are represented in the lineup; the 9R65 movement is paired with the titanium models meant to evoke spring and winter, and the 9S85 caliber is found inside the stainless steel cased watches styled after fall and summer.

There’s a natural link between the passage of time, chronometry, and the changing of the seasons; it’s also a natural fit for a manufacturer like Grand Seiko to take on the difficult task of tying all three together in a watch that’s both subtle and graceful, all while consolidating it in a package characterized by …read more