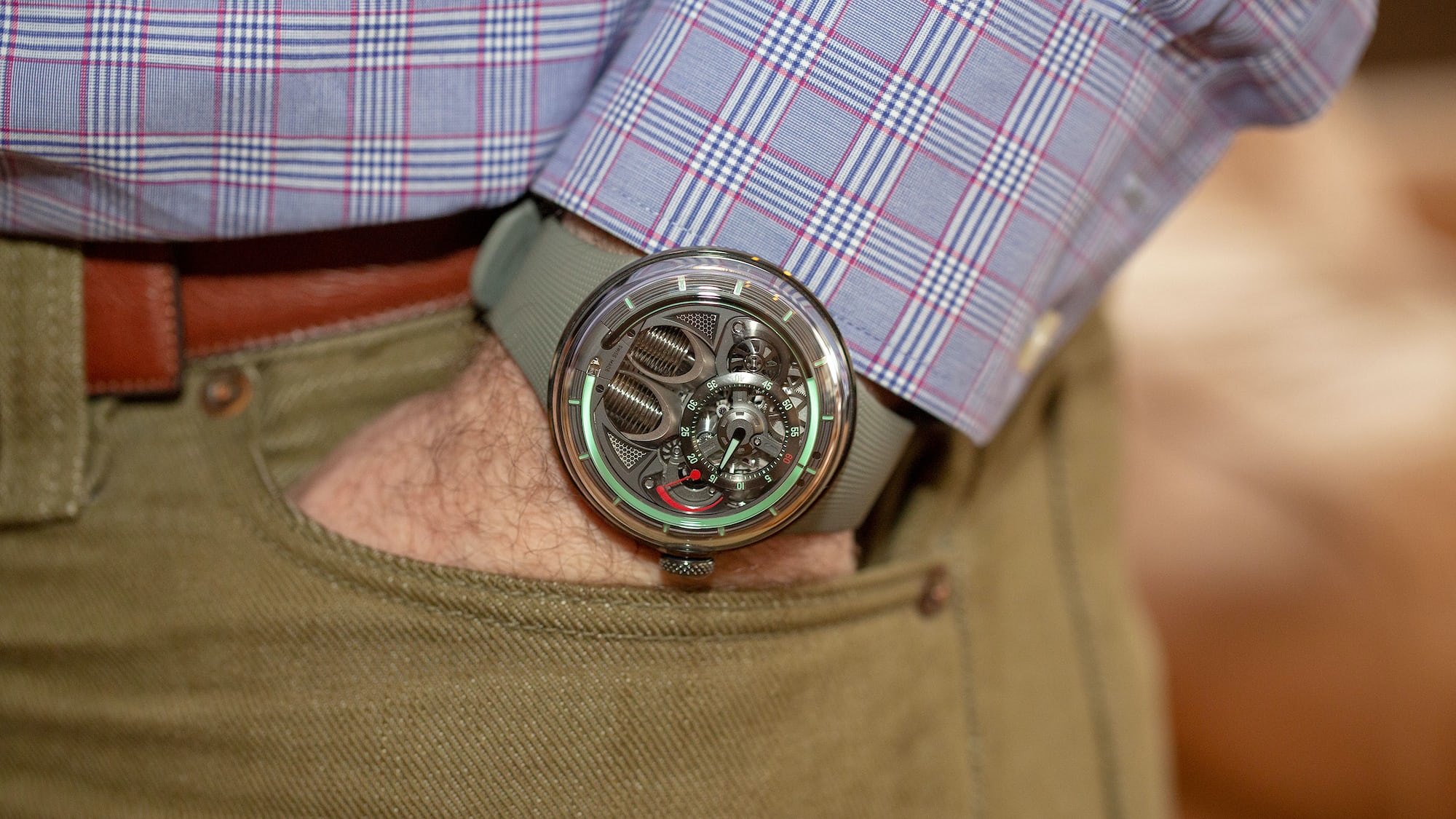 HYT has maintained a singular focus on incorporating fluid into the mechanics and aesthetic language of its watches since 2012. Their latest creation, the H1.0, uses a black fluid in conjunction with Super-Luminova C7 to display the time, backed up by an incredibly intricate movement utilizing thermal compensators, borosilicate capillary tubes – a conventional going train, lever escapement, and balance do the heavy lifting for actual timekeeping.

There’s a certain freedom that haute horology manufactures can take when it’s clear the machine they’re creating is intended to tell the time, but in a novel, visually striking way. Designs don’t have to be purely functional or even make sense; telling time can be expressed however the designers see fit. The why of the watch is simple, and the answer is just because.

The H1.0 doesn’t reach into the past to borrow technical innovations like a tourbillon mechanism or a jumping seconds complication; instead the brand goes way back to the ideological beginning of timekeeping when clocks were powered by water, all while producing something – a watch, in theory – that looks like it’s from the distant future. Philosophically, it’s a hard machine to understand, but once you approach the watch, and its $49,000 price tag, as simply an exercise in engineering to the very extreme, it starts to make sense. Why not? “Mechanical art” is a popular go-to in the watch writing world to describe watches that were never really designed to be “art” at all, but rather they were built to tell the time. The H1.0 was not built to simply tell time like other watches. It was built to force observers to ask the question of why? And how? There’s a widely quoted “rule” that Arthur C. Clarke developed in the science fiction writing world, he says that “Any sufficiently advanced technology is indistinguishable from magic.” This notion easily applies to the H1.0. In that sense, it’s closer to a piece of art than most any watch I’ve ever worn.

So how does it actually work? Forget the technological wizardry and let’s strip it to the very core. A good starting point is to imagine that mainsprings, balance wheels, and escapements hadn’t been invented. Yes, the HYT does use some of those horological innovations, but for a moment let’s say the technology didn’t exist. …read more