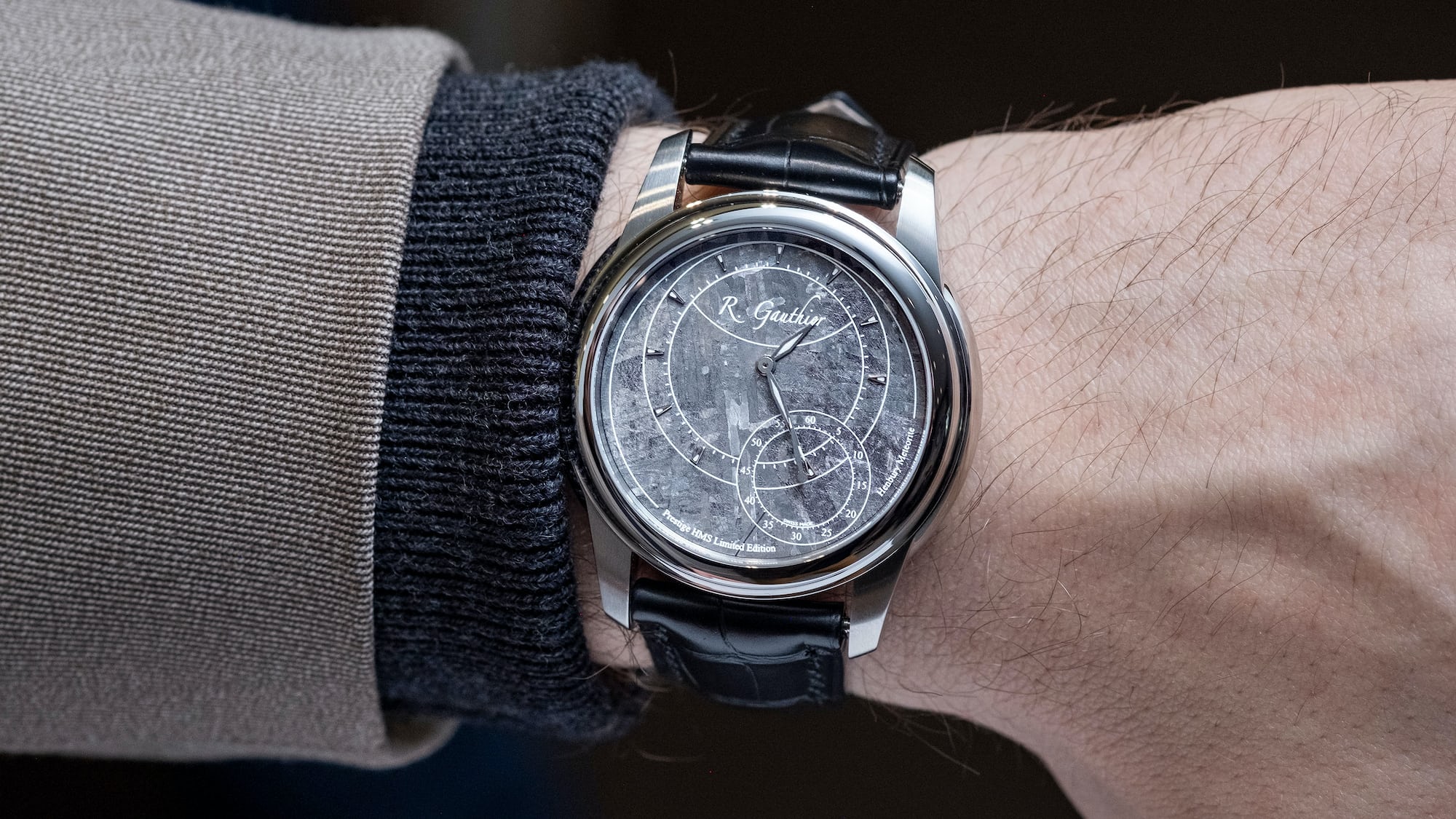 One of the coolest watches I saw at SIHH 2019 is one I had to keep secret until today. While we often head into the show knowing roughly what to expect from the bigger brands, what the little guys unveil is typically a secret until you step into their booth. While visiting Romain Gauthier, he showed my colleague James and I this beauty: the HMS Prestige Stainless Steel, a new take on one of his foundational models. However, the name doesn’t tell the full story. In addition to being the indy watchmaker’s first serially produced model in stainless steel, this limited edition also comes with a special meteorite dial taken from a rare sample sourced from northern Australia. Like I said, the name doesn’t do it justice.

On the face of it, this is a pretty basic watch. You’ve got a 43mm stainless steel case and just three hands showing the hours, minutes, and seconds (which, by the way, is where the name “HMS” comes from). However, there’s a bit more to it than that. First off, there’s the non-traditional dial layout, which has two main registers: the hours/minutes register, which is centered left to right but skewed toward the top of the dial, and the sub-seconds register, which overlaps the hours/minutes register down around five o’clock. The result is a pleasant asymmetry that is both extremely legible and fun to look at. Watchmakers are always looking for new ways to do relatively simple things, and I think Romain Gauthier has gotten it very right here, creating something that’s the right mix of familiar and fresh.

What makes this watch extra special though is the dial. To go with the stainless steel case, Gauthier has chosen a meteorite dial. Now, a lot of brands make watches with meteorite dials, but this one is something above and beyond the usual. The meteorite used here is from the Henbury crater field in northern Australia and according to Romain Gauthier is from one of just two known samples taken from the site (with the other residing in a museum). This piece was first discovered way back in 1931. Meteorite is nothing new for Gauthier though, since when he was growing up his father was a rock and mineral collector – this is what drew him to the material for this project and why he opted for such …read more