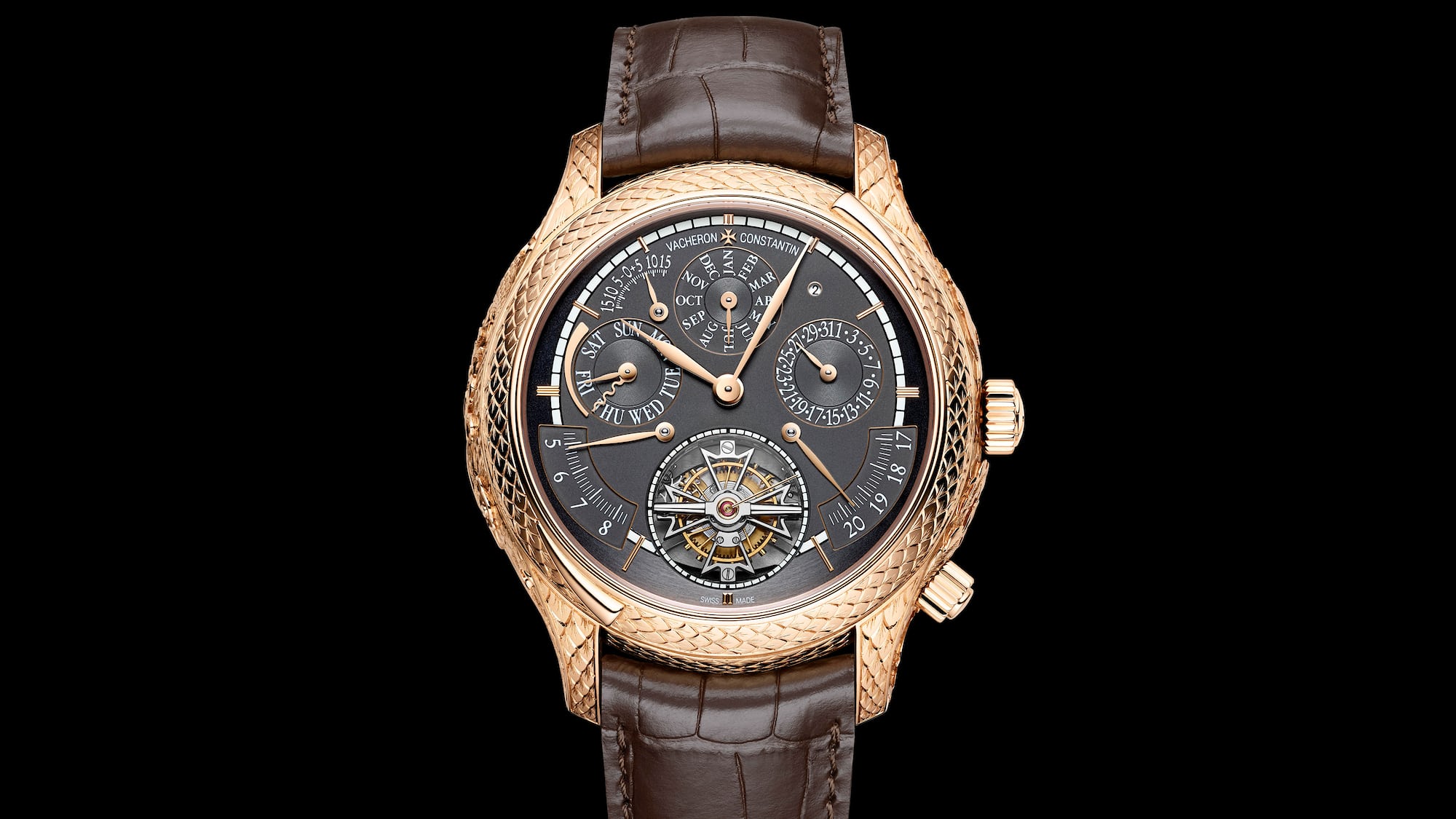 The Vacheron Constantin Les Cabinotiers department is where some of the firm’s most elevated watchmaking happens, and where the company’s top watchmakers and artisans are occupied with two basic activities: taking commissions and requests for one-of-a-kind and bespoke pieces (one of the most famous of which is the caliber 57260, which we covered in-depth on its launch, and which contains, by Vacheron’s count, 57 complications, several of which are unique to the watch) and also with coming up with new ideas, both for mechanisms and designs. Ahead of SIHH 2019, Vacheron Constantin has announced two new Les Cabinotiers unique pieces, one of which you see here: the Grand Complication Phoenix, which takes as its mechanical engine one of Vacheron’s most complicated movements.

The movement is Vacheron’s caliber 2755, which in addition to showing the time also includes a minute repeater, a tourbillon, and a perpetual calendar. In addition, there are a number of astronomical indications, including the Equation of Time, sunrise and sunset times, a sky chart with sidereal hours and minutes (sidereal time, you’ll recall, is based on a day defined by the transit of a star rather than of the Sun) the age and phase of the Moon, the signs of the zodiac, and the seasons.

The regular production version of the caliber 2755 (if you can speak of anything so highly complex and finely made as “regular”) is in the Traditionnelle Collection and as the name might lead you to think, it’s indeed very traditional in appearance – in terms of its design, the Traditionnelle Caliber 2755 is drawn from the same playbook as watches as diverse as the Graves Patek Super-Complication, the A. Lange & Söhne Grand Complication, and of course, from Vacheron’s own history, the highly complicated pocket watch the firm completed for Egypt’s King Farouk in 1946. On the reasonable notion that someone desiring such a complex mechanism might under some circumstances also prefer a case whose ornamentation was equal to the complexity of the movement, Les Cabinotiers have created the Grand Complication Phoenix, with a case deeply and richly engraved with a phoenix motif.