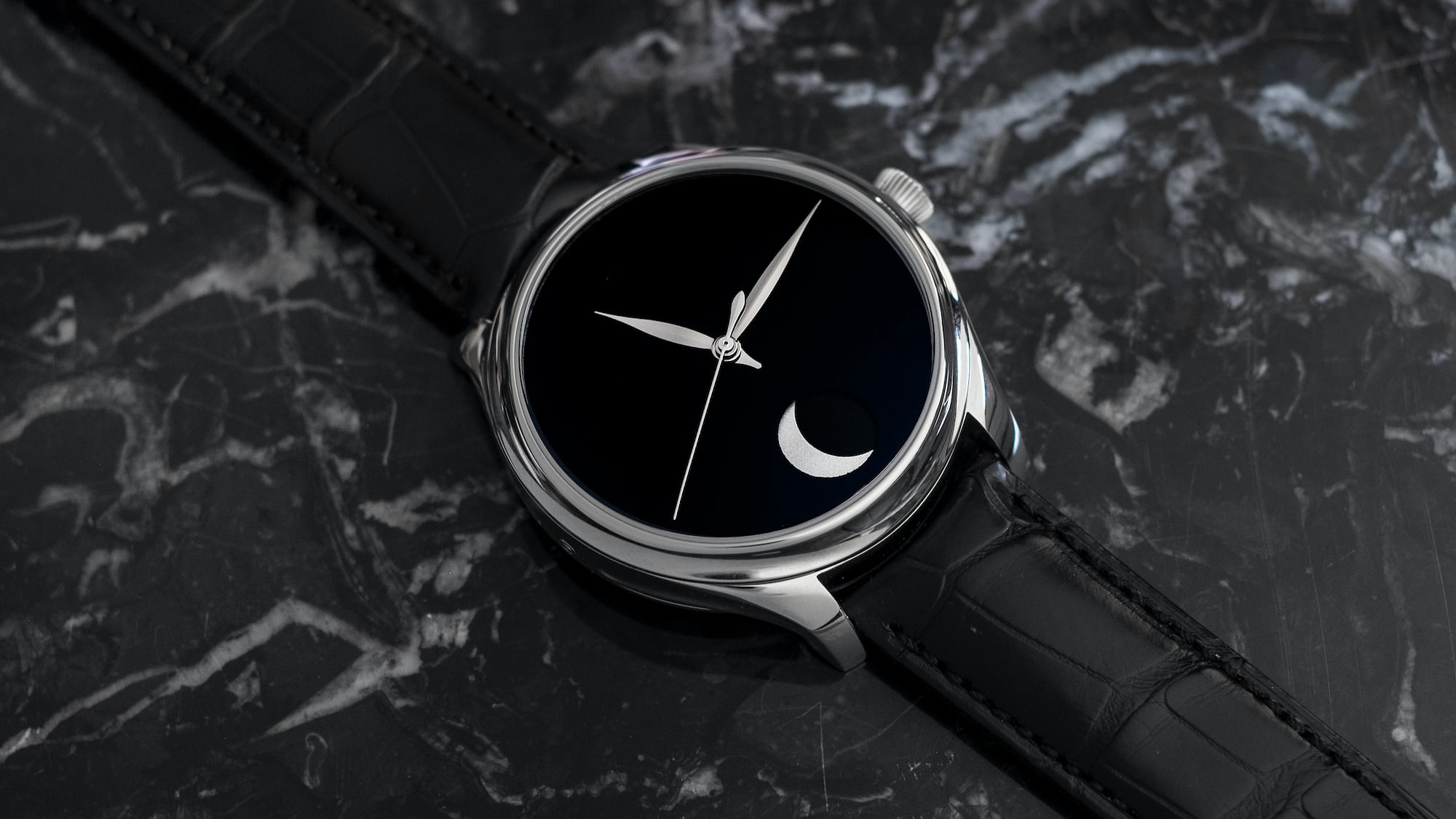 Over the last number of years, H. Moser has become well known for its Concept line of watches, which do away with the markings and branding usually placed on watch dials, opting instead for a clean, open look that lets the materials and finishes speak for themselves. The latest installment in that series is the Endeavour Perpetual Moon Concept, which really takes things to the next level. The dial of this watch is coated in Vantablack, a proprietary material that uses carbon nanotubes to absorb light. The result is a black that appears blacker than any other manmade substance. Here it’s used on a moonphase watch, which gives the moon at six o’clock the appearance of almost floating against that black backdrop. With just the highly polished hands and the moon punctuating it, the expanse of black dial has a really striking appearance.

The watch is presented in the Moser Endeavour case, which is 42mm across and 12.9mm thick, wearing pretty close to the wrist and with an understated profile for something 42mm across (especially in steel). Powering the watch is the caliber HMC 801, which, in addition to having Moser’s own interchangeable escapement and all the high-end finishing you’d expect, includes a moonphase complication that’s accurate to one day every 1,027.3 years. In case you’re unsure, that’s crazy accurate. There’s actually a subtle AM/PM hand (that short hand nested with the hour/minute hands) that you use to help set the display precisely in coordination with the crown and the pusher set into the case band, and then once it’s set you just want to make sure you wind the watch at least once per week to keep it going – if not you can always correct it later, but where’s the fun in that.

If right now you’re thinking “Wait, I think I’ve seen something like this before,” you’re not wrong. Back in early 2017 we told you about the MCT Sequential One 110 EVO Vantablack, which at the time was the only watch in the world using the proprietary Vantablack material. Since then, Panerai has come out with its own take on the super black watch in the Lab-ID Luminor 1950 Carbotech 3 Days, which, while it doesn’t use name-brand Vantablack, still uses a carbon nanotube coating to achieve the light-sucking effect.