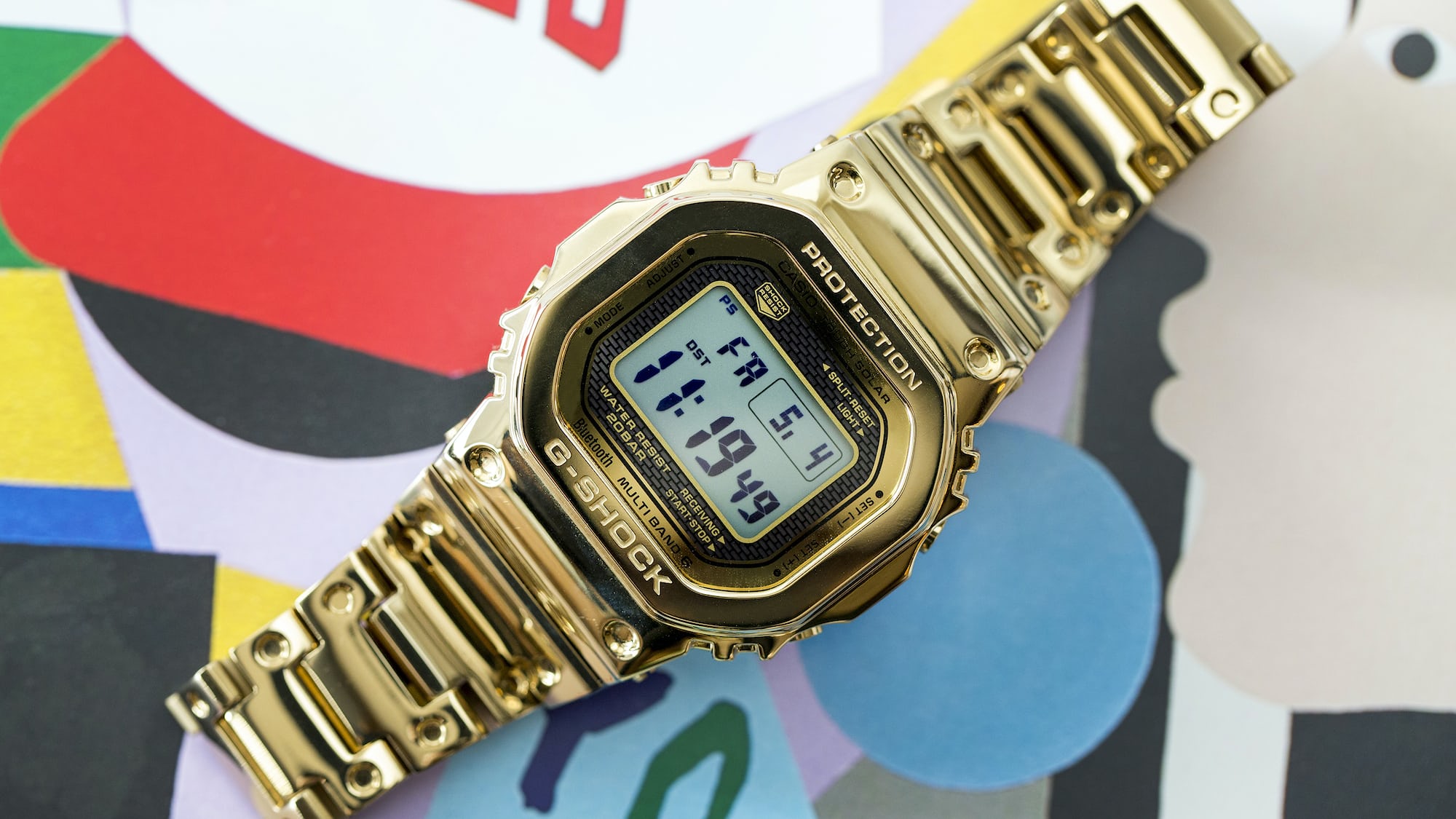 When I first heard about this watch in the midst of Baselworld and all its associated craziness, I kind of didn’t believe it. An all-gold, all-metal G-Shock? Why? But then I saw it and I immediately understood exactly why. It all boils down to one word: fun.

It’s easy to forget in the competitive world of horological one-upmanship that ultimately, in the 21st century, watches are about nothing more than pleasure. We don’t need mechanical timekeepers any more than we need sundials, so if you’re not going to look down and smile every time you see that thing wrapped around your wrist, then you’re doing it very, very wrong. Sure, there’s plenty of enjoyment to be derived from reading about different kinds of escapements, lots of joy to be obtained from sharing drinks with other watch collectors as you debate the finer points of German versus Swiss anglage, and, yes, despite how it might sound, there is no small amount of amusement to be wrung out of knowing that in your collection sits rare, valuable pieces that put you in a particular pantheon of enthusiast-collectors.

But sometimes it’s way simpler than all of that. There are watches that can at once excite the Daniels devotee and the layman who wouldn’t know his detent escapement from his Swiss lever. The Casio G-Shock GMWB5000 Full Metal is one such watch and this spring it was the breath of fresh air I needed to get excited about watches all over again.

What Makes A G-Shock A G-Shock

Over the last three and a half decades, G-Shock has become something of a cultural icon. The watches are so well-known that at time they can end up feeling ubiquitous or like commodities, though they’re actually an extremely impressive feat of engineering that made a huge impact on the watch world. The entire project was the brainchild of one Kikuo Ibe, an engineer working at Casio who had a mishap with a mechanical watch (you can, and should, read Jack’s story about Ibe and the first G-Shock here to get the full story). The goal was simple: make the most durable and reliable watch on planet Earth.