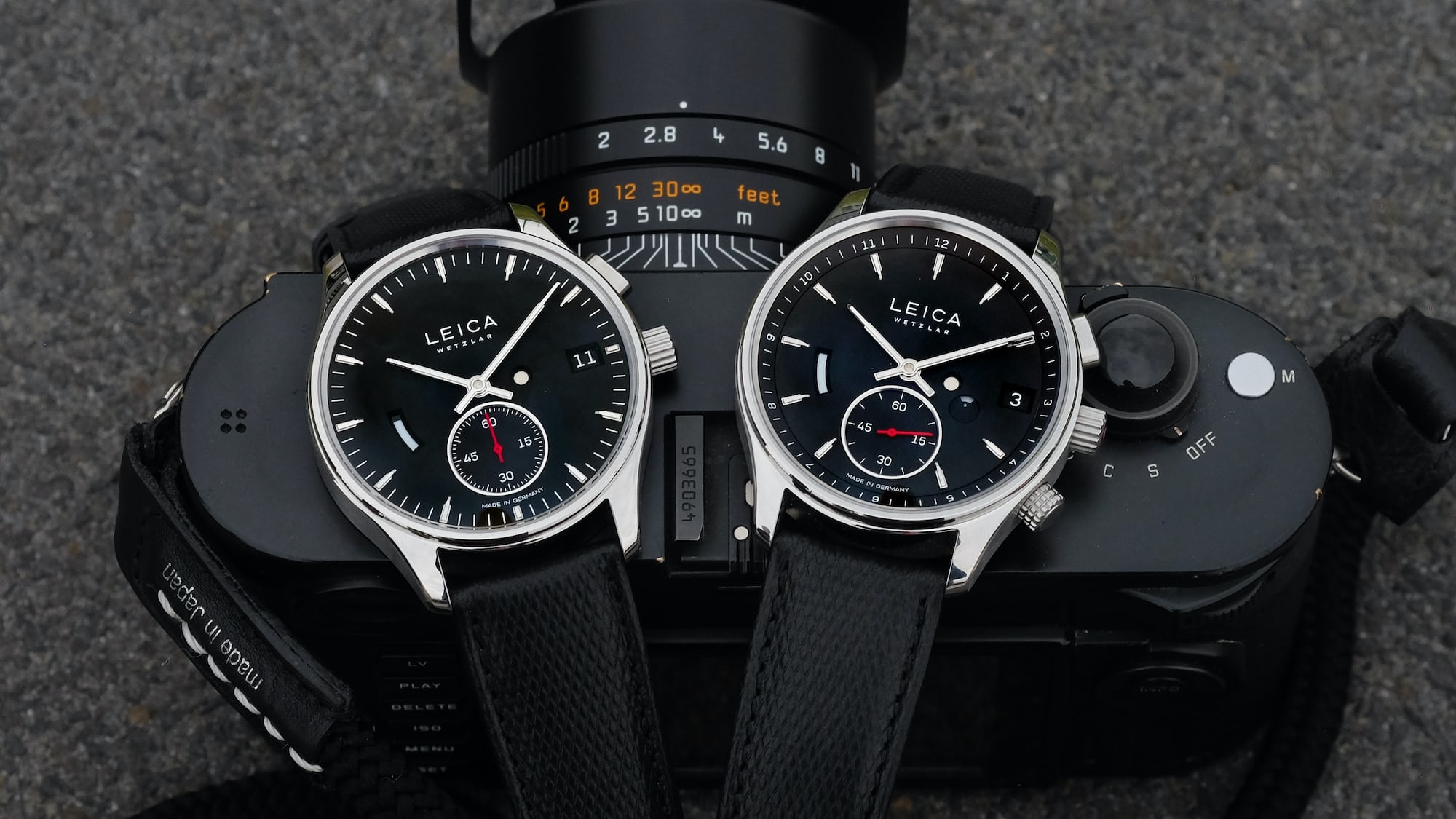 For its first earnest entry into the watch space, Leica is releasing a pair of new watches designed from the ground, the time-and-date L1 and the GMT-equipped L2. The camera maker has clearly done its homework and these watches are much more than just off-the-shelf components branded with a well-respected logo. Let’s dig in.

The origins of this project go back to around 2012, when, according to Dr. Andreas Kaufmann, Chairman of the Board of Leica Camera, they first started exploring the idea of creating a watch. The project went through many iterations and after speaking with people at brands ranging from Hanhart to Chronoswiss to A. Lange & Söhne they started to get a sense of just how ambitious an undertaking this was and how many people would need to be involved to bring the watches to life.

On the design side, Leica opted to work with Achim Heine, a German product designer who has developed multiple cameras and other optical devices for Leica over the last two decades. He drew inspiration from Leica’s cameras without going too overboard. For instance, there’s a round ruby set into each watch’s crown, evoking the famous red dot logo, and the power reserve indicator is similar to a gauge found on the Leicameter light meter made for the M3 rangefinder. The L1 and L2 watches are both the same medium-to-large size at 41mm in diameter and 14mm thick, and the cases are brushed stainless steel, giving them a relatively understated appearance. I’d say that looking at the watches they definitely feel like Leica products without being caricatures of the cameras themselves.

But what about the movements? You know, the actual watchmaking. For this Leica is partnering with Lehmann Präzision, a company based in the Black Forest that makes both high-precision machinery (used in the watchmaking industry) and its own line of watches under the name Lehmann Schramberg, though the latter aren’t very well known outside of Germany. This allows Leica to keep the manufacturing in Germany and to get a movement that isn’t something you’ll find in countless ébauche-based watches. This last point is something that the company is emphatic was a top priority.