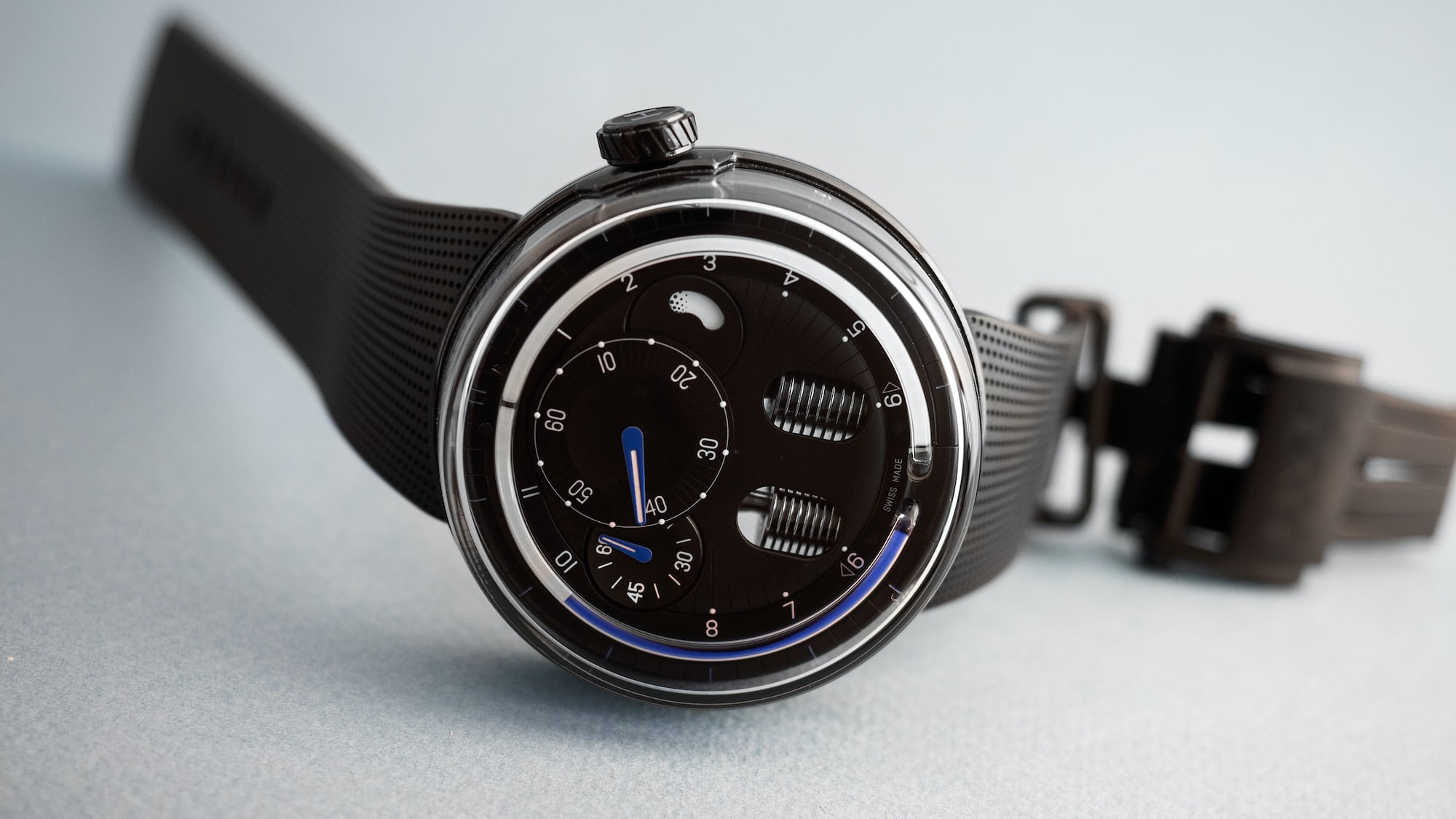 There are two distinct philosophies when it comes to the design of highly complicated watches. The first is for the watch to revel in its own complexity – you show off as much of the mechanism as possible, or at the very least, you get as much information as possible displayed on the dial. The other approach is to create something that wears its complexity lightly, and makes it subordinate to a unified aesthetic statement. In the first instance, we have watches like the Reverso Tribute Gyrotourbillon and the Ulysse Nardin Trilogy Of Time watches. In the second, we have things like the Ochs und Junior perpetual calendar, and the Rotonde de Cartier Astromysterieux (and, in fact, pretty much every Cartier mystery clock ever made).

Every once in a while, you see someone who’s fluent in both approaches – Dr. Ludwig Oechslin is a case in point; he’s given us both the mechanical maximalism of the Trilogy watches, and the ruthlessly pared-down minimalism of Ochs und Junior. HYT has, with the H0, done something similar with its “fluidic” time display system. A good example of the maximalist approach is the HYT H4 Metropolis, with its miniature mechanical electric generator for powering the LED illumination system. Historically HYT has tended to produce watches in this camp, and understandably – after all, the fluidic technology is unique to them, and if you’ve got it, flaunt it – but the inherently clean engineering of the bellows-and-tube system lends itself to a more spare approach as well.

While most of the other HYT watches have gone to great lengths to expose as much as possible of the mechanisms, and to make them essential to the appeal of each design, H0 dispenses with most of the visual pyrotechnics of H1, 2, 3, and 4 in favor of a more spare execution that really highlights the essence of the fluid timekeeping display. The same basic amount of information is there as in other HYT models, but on the dial side, most of the mechanism is concealed behind the deep black dial, which has only as many markings as necessary to gather information about the time (and the remaining power reserve, shown on the right). Even the signature bellows system is largely hidden, with only the bellows …read more