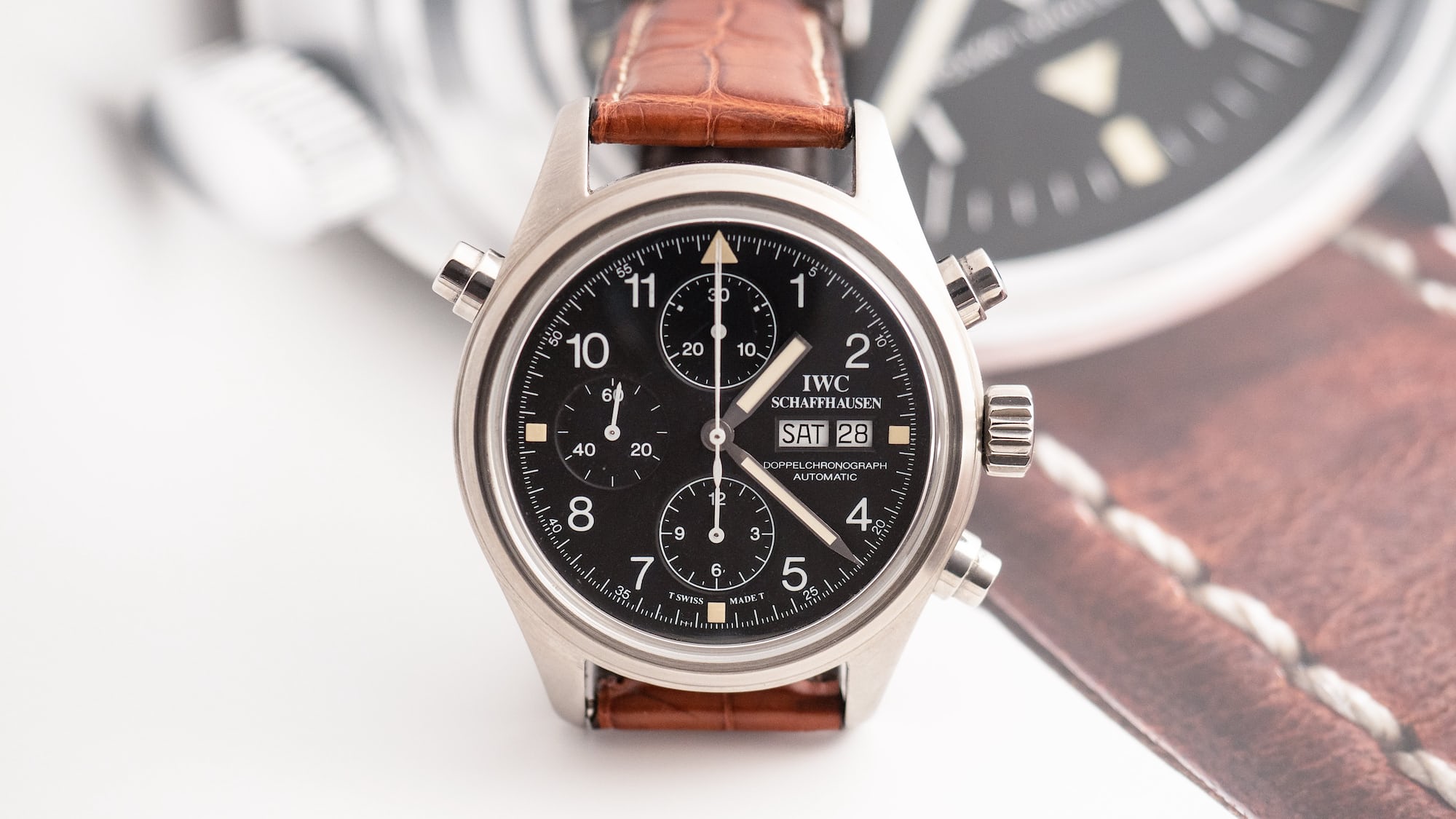 From very early on in my days covering watches, one of the things I have admired about IWC was what I came to view as its scrappiness. How did IWC consistently offer reliable complications for a fraction of the prices seen from established haute horlogerie brands? What I would soon learn was that IWC had a handful of watchmakers and engineers who had a knack for approaching long-existing complications in completely novel ways. Long before it became a marketing powerhouse with ties to film and sports, IWC was a value-oriented connoisseur’s brand. It made a perpetual calendar, a split-seconds chronograph, and even a grand complication – and it built all of these complications on the backbone of the humble Valjoux 7750.

At the time, IWC was led by the legendary Günter Blümlein, and he in turn drew on a list of watchmakers that watch lovers rightly regard as legendary. Just scan the names attached to IWC patents from this time – Renaud, Papi, Klaus, and, of course, Habring. To me, looking in from the outside, an ethos of making economical and simplified advances within traditional watchmaking seemed baked into the company. For this we can thank Blümlein, but also Kurt Klaus, who developed IWC’s perpetual calendar. We can also thank Richard Habring, an IWC alum, who now, with his wife Maria, runs an eponymous watchmaking concern based in Austria. Today we’re going to take a look at what is probably Richard Habring’s most important watchmaking contribution to date: the IWC Doppelchronograph.

What Is A Split-Seconds Chronograph?

Known variously as the double chronograph, the rattrapante, and the doppelchronograph, the mechanism was first introduced in an early form in 1831 by Joseph-Thaddeus Winnerl, who would develop a split-seconds mechanism with heart piece cam in 1838. By 1923, Patek Philippe had made one that could fit …read more