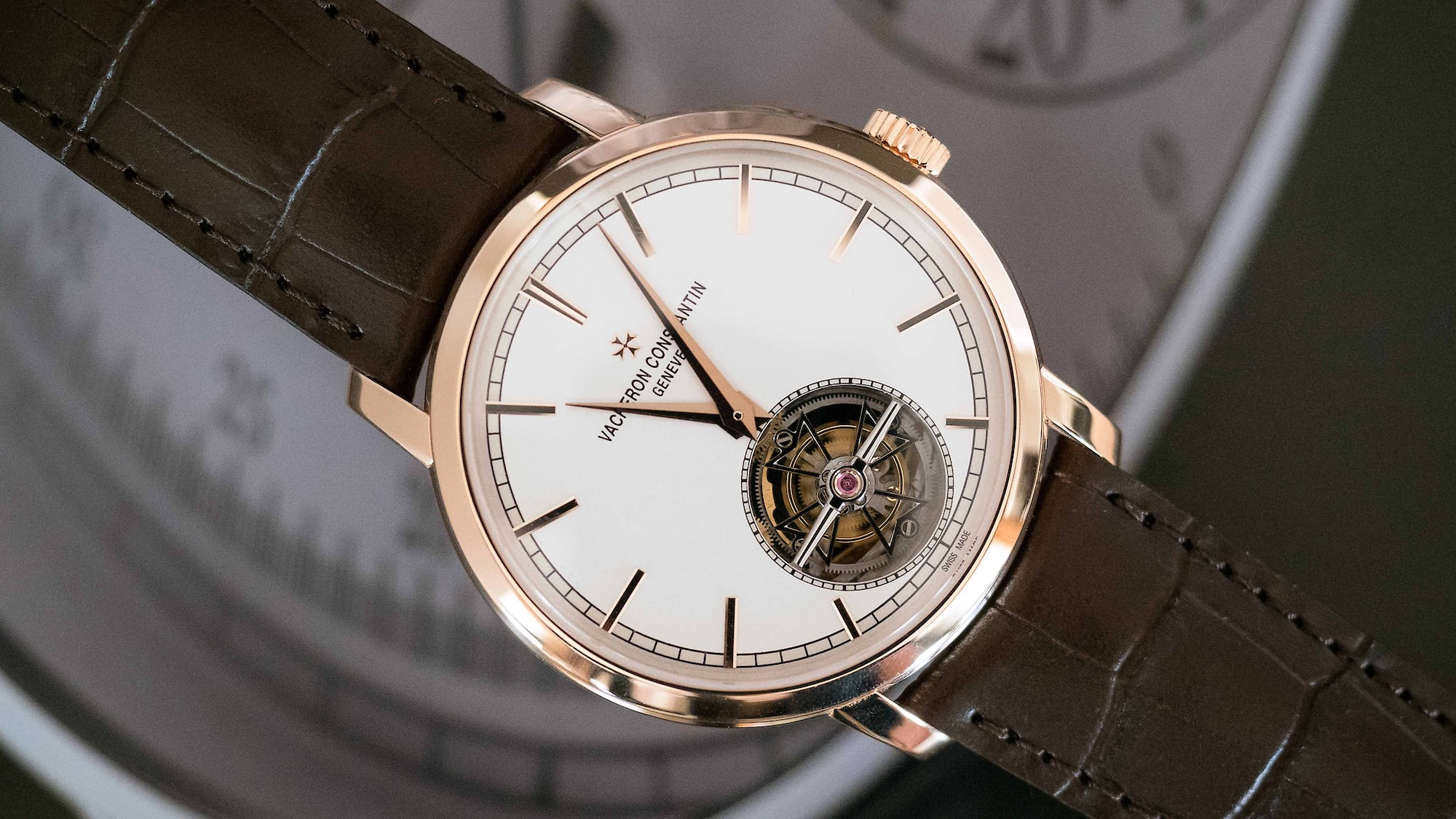 When a representative from Vacheron Constantin asked me if I’d like to spend a little time with the Patrimony Traditionnelle Tourbillon in rose gold, I’ll admit that my interest was piqued. The prospect of owning a six-figure high complication in a precious metal is pretty far from where I am in my own collecting journey; the idea seemed almost ridiculous, but in a most positively intriguing way. I asked another editor here what he thought about such a story. He said, “If they’ll actually lend you one of those, then yeah, that would be awesome.” Try one on for a week, I thought? Aw heck, why not.

Researching this story, I learned with the aid of Vacheron Constantin’s heritage department that the first wristwatch tourbillon from Vacheron was the reference 30050, manufactured between 1990 and 2000. According to Carole Lambelet and Lorette Coen’s book The World of Vacheron Constantin, the caliber 1760 movement inside this watch was developed with Nouvelle Lémania; one of these rare birds sold at Sotheby’s, in 2016, for CHF 62,500. Some other important tourbillon wristwatches date to 2005, a year that marked the 250th anniversary celebrations for the Geneva maison. These early models combined the tourbillon with other complications.

These included the Saint-Gervais and the Tour de l’Ile, the former combining its tourbillon with a perpetual calendar and a 250-hour power reserve that was a nod to the company’s milestone anniversary year (actually, the four barrels provided for 270 hours, with a stop mechanism capping the the reserve at 250). The latter, the famous Tour de l’Ile, was named for the historic home of Vacheron Constantin in a tower atop a small island, situated at the confluence of the Rhône River and Lake Geneva. Vacheron has since returned to this property, and Jack went up the tower for a visit back in January. The Tour de l’Ile was produced in an extremely limited run of seven pieces, and had 16 complications, with an initial price tag of $1.5 million.

One of the more memorable recent wristwatches to come from Vacheron Constantin was another tourbillon with an extended power reserve. The …read more