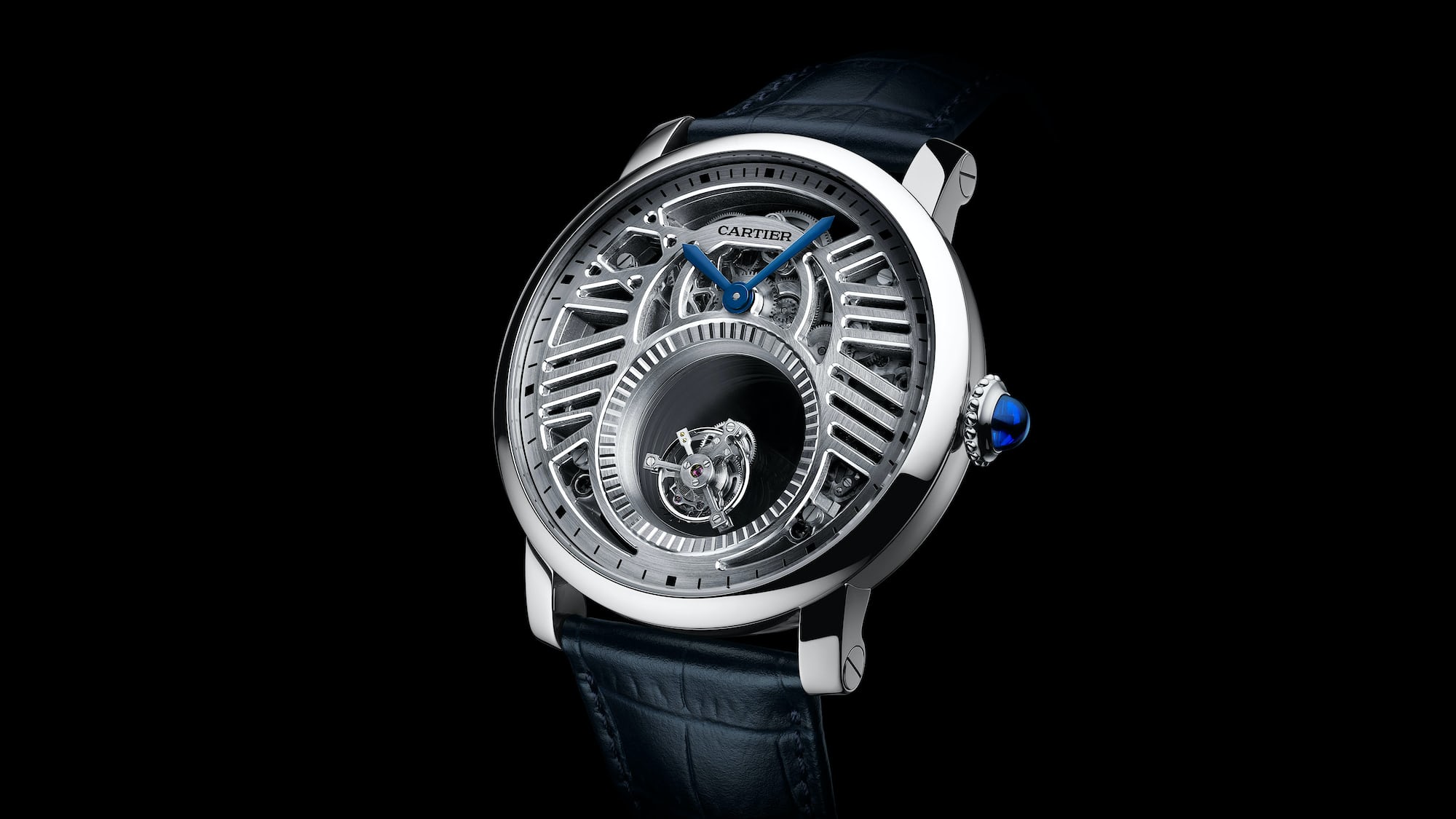 When Cartier goes big, Cartier goes big. It’s no secret that in recent years the famed design house has developed some pretty incredible high-watchmaking chops with Carole Forestier-Kasapi at the helm. The watch we have here is a perfect example of what happens when you combine Cartier’s heritage with intense watchmaking know-how. The Rotonde de Cartier Skeleton Mysterious Double Tourbillon really pulls out all the stops, and I have to say it makes quite the first impression.

There’s nothing particularly subtle about this watch. It’s 45mm in diameter and 12.4mm thick, with a case made of solid platinum. The blued steel hands and the traditional blue sapphire cabochon in the crown add a touch of color to what is otherwise a pretty monochromatic watch. You’ll notice that there’s no real dial to speak of – the skeletonized movement serves that function as well. For good measure, the watch carries the Geneva Seal.

The movement at work here is, of course, in-house. It’s the Caliber 9465 MC, and it’s a doozy. The entirely thing is ornately skeletonized, with the outer portion featuring open-worked renditions of the exploded Cartier Roman numerals. In the center, you can see most of the gearing below the hands at work too. The movement has a 52-hour power reserve and is made up of 286 total components, 26 of which are jewels.

The star is at six o’clock though. That’s where the mystery double tourbillon mechanism is. Not only does the entire escapement rotate around the deep opening in the movement once every five minutes, but it also rotates on its own axis once per minute. Around the edge is a fluted ring, further setting it off from the rest of the movement. It’s hard to tell much in still images like this, but I’m willing to bet it’s hypnotic (if Cartier’s track record is anything to go by, that is). It’s worth mentioning that this complication was first developed by Cartier in 2013, and this is just the latest execution.

The Rotonde de Cartier Skeleton Mysterious Double Tourbillon Watch is a limited edition of 30 numbered pieces, with a retail price of $216,00. The watch is also available with a bezel set with baguette-cut diamonds on …read more