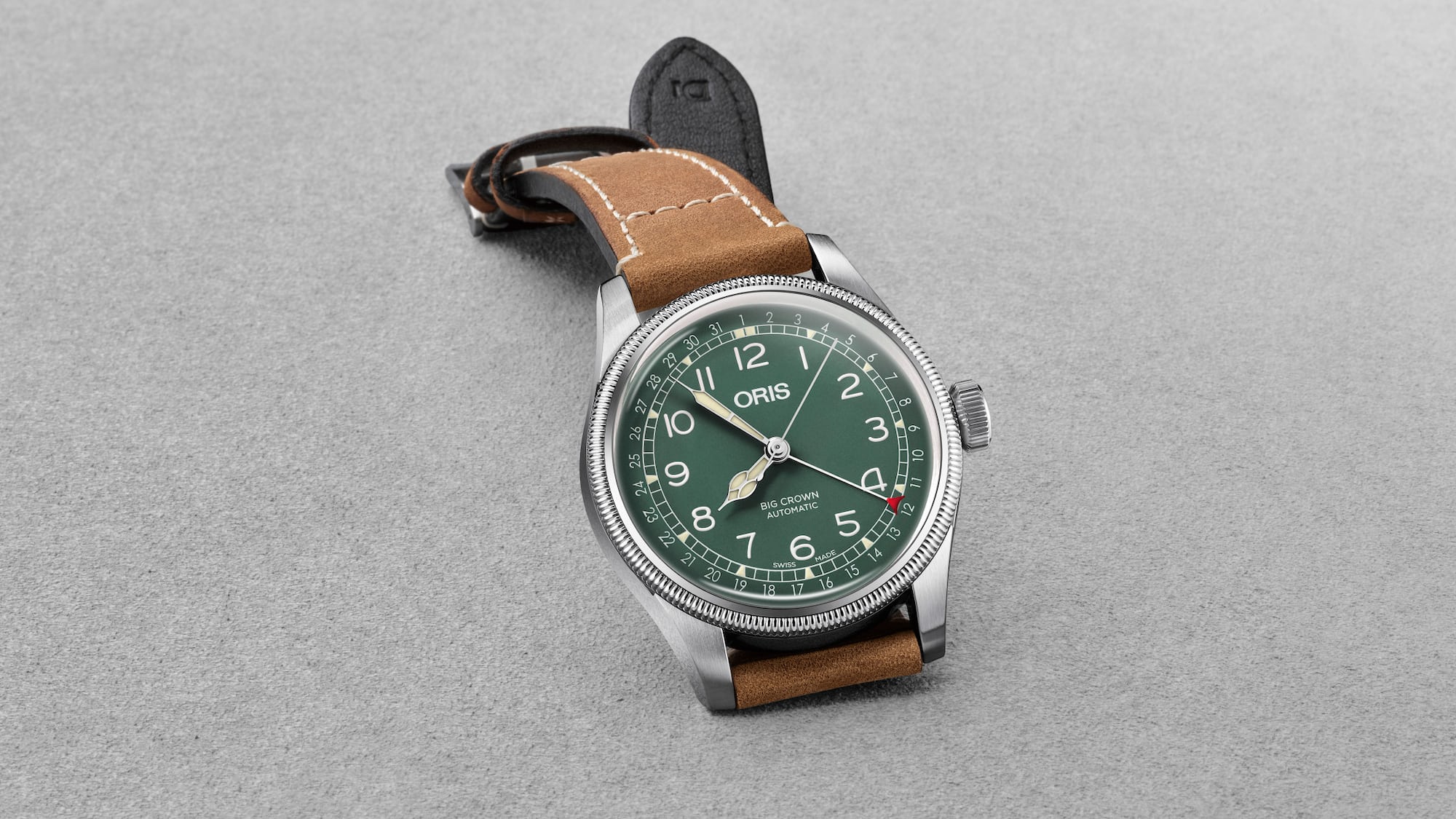 We have a new watch from Oris to announce this afternoon. It’s a limited edition pilot’s timepiece in the Big Crown family, and it’s named after the Dewoitine D.26, a French-designed, Swiss-made propeller plane that was long used to train pilots for the Swiss Air Force way back in 1931. The aircraft was a trainer version of the monoplane D.27 fighter aircraft, of which a total of 66 were made.

We owe this new limited edition’s existence to a group of volunteer enthusiasts known as Hanger 31, who preserve and regularly fly one of two extant Dewoitine D.26s from a base in the Swiss town of Grenchen.

The group’s plane was built in Switzerland in 1931 and remained in active service until 1948, when it was decommissioned and repurposed to tow gliders into the air. Only recently, after a long period of neglect, it was restored and transferred to the custody of the Hanger 31.

So that’s the story of the inspiration behind the watch. Let’s take a look at this new vintage-inspired watch, which unsurprisingly brings a nice value proposition into play.

The watch itself is a re-interpretation of the original Oris Big Crown of 1938, which was the first watch from Oris to use the company’s pointer date complication. As you can see, it comes with a richly colored dial whose hue is somewhere between hunter green and British racing green. The hands are crafted in the vintage aviator watch style and filled with lots of lume.

The watch’s 40mm case is stainless steel, as is the oversized crown for which it is named, as well as its coin-edge bezel, which evokes a historic aviator watch style. The choice of a light or dark brown leather strap allows a bit of customization, and as you can see, both options look quite nice. Flipping the watch over, you’ll see that the caseback is embossed with an image of …read more