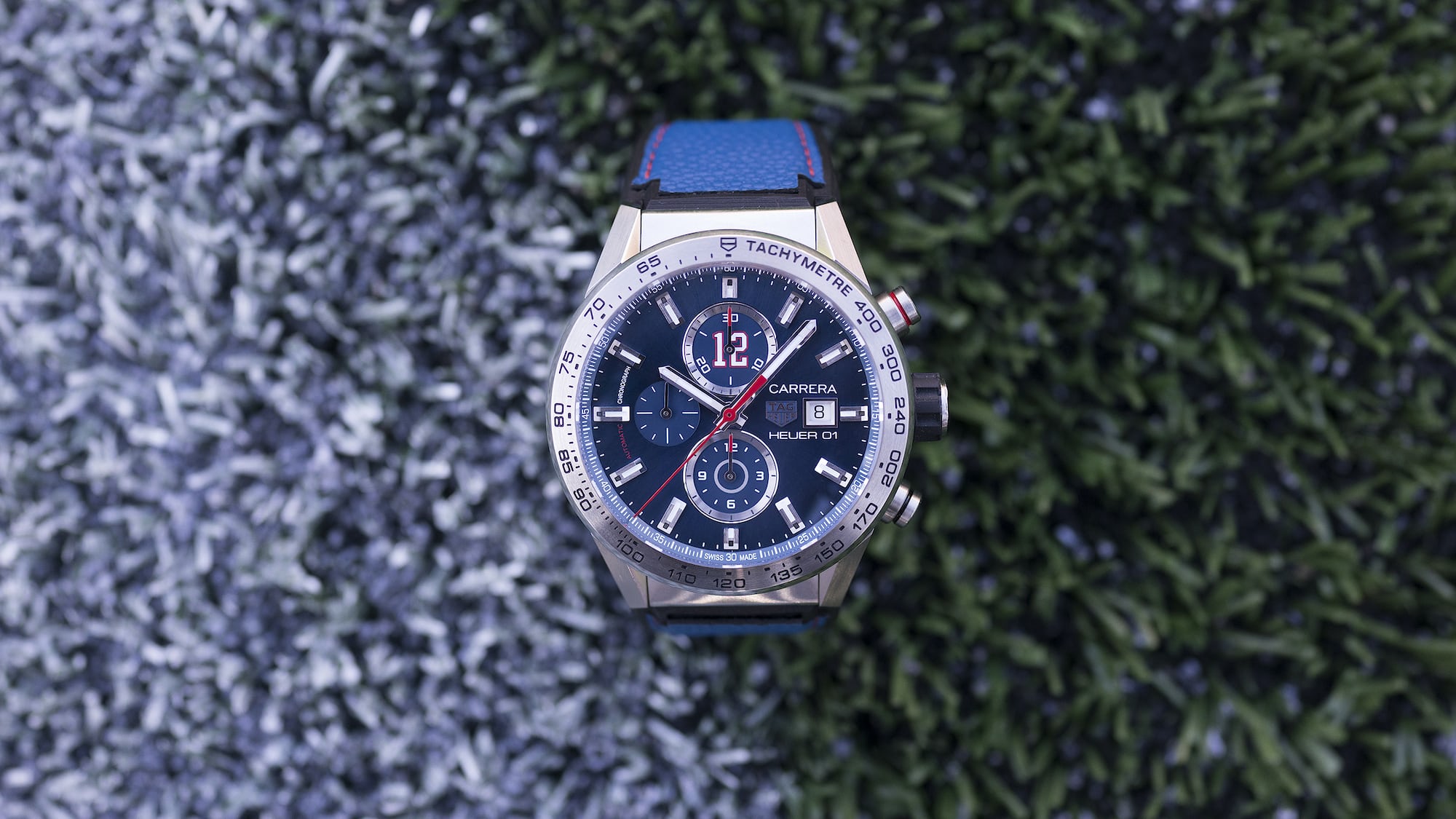 TAG Heuer has just released a new special edition watch with brand ambassador Tom Brady. The New England Patriots quarterback, and five-time Super Bowl victor, has been a brand ambassador with the LVMH-owned watch manufacturer since 2015. This is the first co-designed watch released by TAG Heuer with Brady.

The Tom Brady Special Edition is based on the Heuer 01 Chronograph in 43mm (which stems from the 45mm Carrera 01 originally released in 2013). The blue dial displays the date, constant seconds, and 30-minute and 12-hour registers. The number 12 is displayed prominently in red to represent Brady’s jersey number.

The Heuer 01 features a brushed stainless steel case with a ceramic fixed bezel and a domed crystal with double anti-reflective crystal. It is powered by the automatic TAG Heuer caliber 01 – the same movement used in the TAG Heuer Carrera Heuer 01 and based on the TAG Heuer Caliber 1887. It features a 50-hour power reserve with a skeletonized chronograph bridge and red column wheel. The solid caseback displays Brady’s jersey number along with his signature in red. The watch is completed with a blue calfskin leather and rubber strap with folding clasp.

The watch will be made in 466 pieces in honor of Brady’s total passing yard in the Patriots win over the Atlanta Falcons in Super Bowl LI. Brady completed 43 of 62 passes for 466 yards, breaking several Super Bowl records.

Love it or leave it – brand ambassadors aren’t for everyone – but this timepiece is sure to be a touchdown with Brady fans. The TAG Heuer Tom Brady Special Edition Heuer 01 Chronograph will retail for $5,600. You can read more about it at TAG Heuer online.