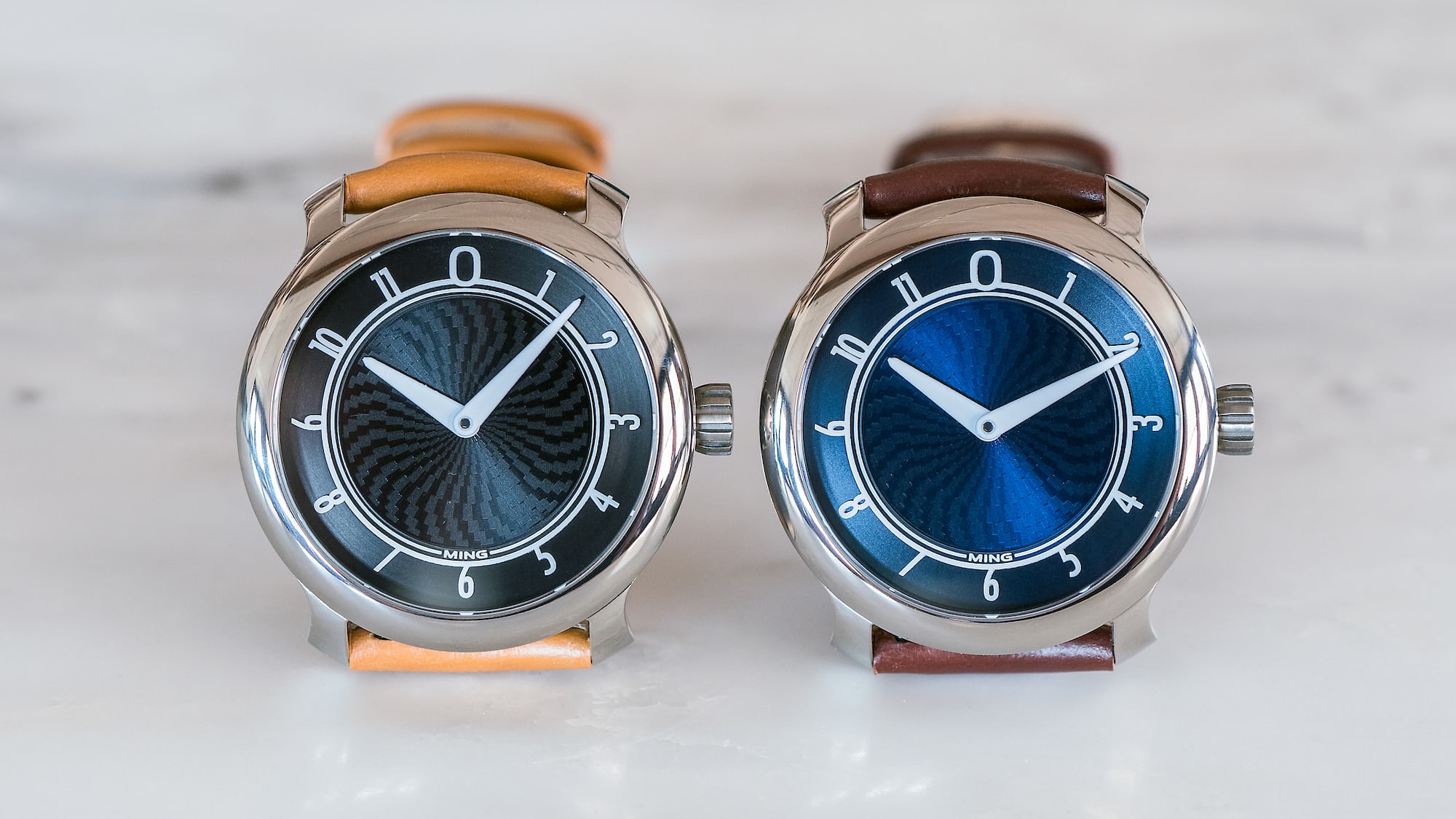 Ming is a new watch micro-brand, making watches in Switzerland, but based in Malaysia. It’s also the name of one of the six founders, and the chief motivator behind the creation of both the brand and the watches: Kuala Lumpur-based Ming Thein, who is one of the world’s best known photography writers, a highly regarded commercial and fine art photographer, and Chief of Strategy for Hasselblad (with an academic background in physics). I’ve known him on and off for many years; he and I were both very active on what is now PuristsPro.com, in the early 2000s and though he’s spent most of his professional life in photography, he’s never lost his early and very strong interest in watches and watchmaking. Even 15 years ago, he had a deep curiosity about watch design (and very strong views on the subject) and with the launch of his eponymous brand, with two versions of the first model, he’s taken his perspectives on quality and attention to detail, and put them in horological form.

The genesis of these watches lies in his early work doing commercial photography for watch brands; he told us, “I started imagining things I’d wanted to change or have; the initial designs were all impossible mechanically and aesthetically, but something took root and there were a few notable stops along the way: external design work for a couple of the larger brands, more of my own engineering thought experiments (I am a physicist by training) and eventually, commissioning of several custom pieces. I look at the latter as ‘the experiments’: both to see what was possible from a production standpoint, but finding the balance between feasibility, cost and aesthetic differentiation.”

Ming’s known for a lot of things as both a photographer and writer but one of the most salient characteristics of his work in both domains has always been an obsessive attention to detail; in his photography, that means not just image quality per se, but also understanding exactly what contributes to image quality (in the photography community he’s notorious for his extremely meticulous approach to lighting and composition). You can see the same devotion to getting all the little things right (right, of course, as he sees them) in the watches.