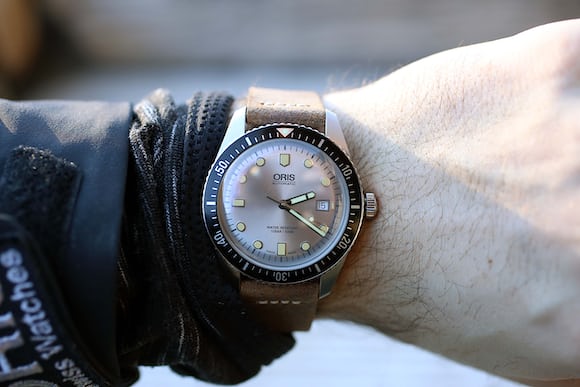 After first hearing about this new Divers Sixty-Five a few weeks ago, I was finally able to get some hands-on time and to get my first true impressions of the watch (because press images never, ever, do a watch justice). The watch was part of a special preview of the company’s 2017 collection, which took place last week in Zermatt, Switzerland. The new diver was in unfamiliar territory then, unlike the brand’s new mechanical Altimeter, and while I’d love to take it diving, the mountains provided a nice backdrop for this edition’s silver color scheme, the only real update to this version of the well-known Divers Sixty Five. And that’s certainly not a bad thing.

We already know what to expect from this diver in terms of performance, because it’s built just like last year’s Sixty-Five. The watch features a 42mm case that is resistant to 10 bar/100 meter, has a 60-minute uni-directional rotating bezel with black aluminum inlay. Inside is a modified Sellita SW200 movement, with date at three o’clock and a 38-hour of power reserve. None of that is new, but it’s still hugely impressive for a watch that is priced under $2,000.

It’s been a winning formula for Oris too – the Sixty-Five is one of the company’s most popular watches and it’s a best seller at home, in Switzerland. The design has proven incredibly versatile as well, with lots of different colors and limited editions available, including a bronze model, the Carl Brashear Limited Edition. 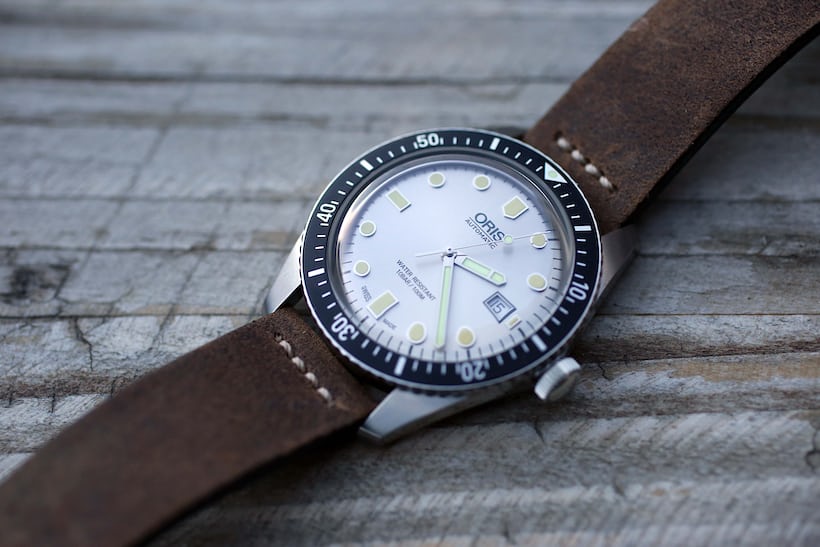 What’s new here is the color of the dial, and after seeing it in person, I’m willing to bet it will give the very well-liked blue dial version a run for its money. But the decision it forces potential clients to make goes well beyond an alternative to the blue dial. At this size, it’s the most vintage looking option, because of the greenish faux-aged lume indexes and the distressed leather strap. When it was first unveiled, the watch received some flack for those indexes. But what they provide is contrast, an important consideration for real divers, if ever there was one. 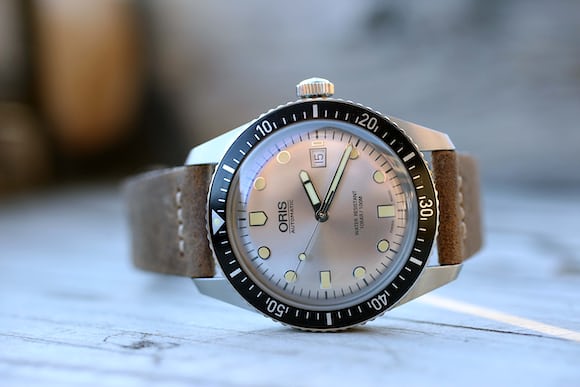 When it comes to diving watches, what’s important is not so much the actual color of the …read more