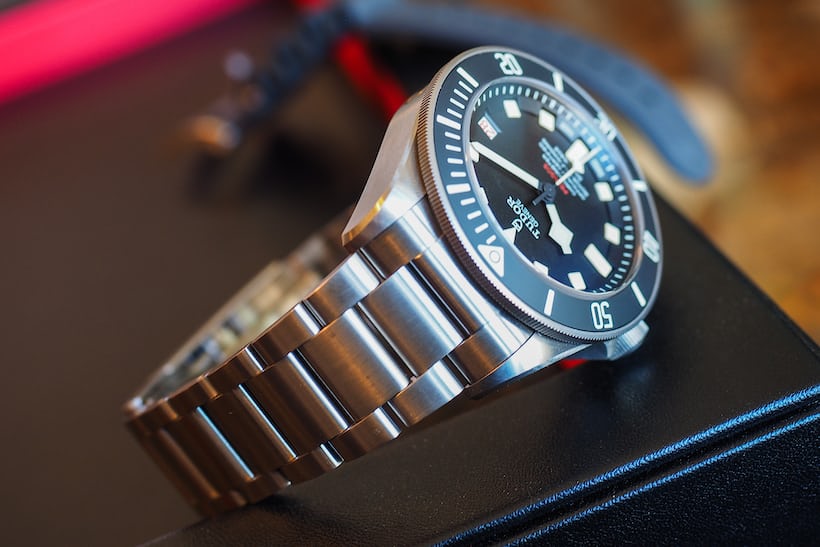 For some there are a couple of potential gotchas: the first is probably the fact that there are five lines of text (not counting “Tudor Geneve”) on the dial. This is a matter of taste, and, as they say, in matters of taste there can be no dispute; if it bugs you, it’s not going to stop bugging you just because it doesn’t bug someone else. It’s not unheard of for there to be a certain amount of extra verbiage on watch dials, of course, and it happens with Rolex and Tudor about as much as it does anyplace else – and it’s not necessarily fatal to the objective value of a watch; Tiffany Rolex Subs can have five lines of text and it hasn’t hurt their prospects in the wide world one bit. I think the fact that “Pelagos” is in red and the other text in white goes a long way towards minimizing perceived clutter. 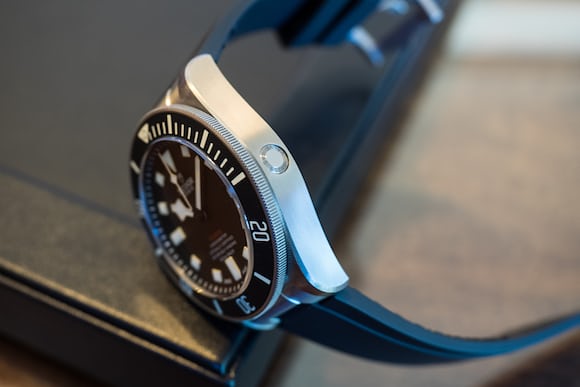 The other possible point to which you might object from a technical perspective is the helium escape valve. This valve is there to address a problem that confronts saturation divers breathing a helium and oxygen technical breathing mix. To review, helium is used in diving gas mixes in place of nitrogen; both are inert gasses that under normal conditions don’t have any effect on the body. Nitrogen makes up the bulk of the air we breathe every day, but if you breathe it under high enough pressure, it gives you nitrogen narcosis (basically, it makes you drunk, as I discussed in an article earlier this year on

The Tudor Pelagos LHD is a very specific kind of watch: LHD stands for “Left Hand Drive,” which refers to the placement of the crown on the left side of the case. This sort of thing really sings to some people and leaves others cold, depending on what your tastes and preferences are. Ultimately, everything depends on how well the details of the watch evoke nostalgia and work from a practical standpoint in the here and now. Thus far, Tudor’s enjoyed a lot of success with its vintage-inspired tool and sports watch models since re-launching in the U.S. in 2013 – let’s look at the LHD and see if it measures up to its predecessors.

The Pelagos is Tudor’s most modern, technical dive watch. It houses Tudor’s own in-house caliber MT5612, with silicon balance spring, the case and bracelet are in titanium, and it has a matte ceramic bezel. There’s also a helium escape valve on the off chance you plan on doing any saturation diving; water resistance is overkill for anything you’re apt to do as a recreational scuba diver, at 500m. The bracelet, lest we forget, is something unique to Tudor: Hidden inside the folding clasp is a micro-adjustment system with three positions, but the clasp is also mounted on a “floating” spring carriage that lets it adjust automatically to your wrist (and you get a rubber strap in the box as well).

The Left Hand Drive model is identical to the current Pelagos in most respects. Other than the placement of the crown, the differences are fairly minor and largely cosmetic. “Pelagos” is in red, and the “roulette” date wheel has alternating black and red numbers. 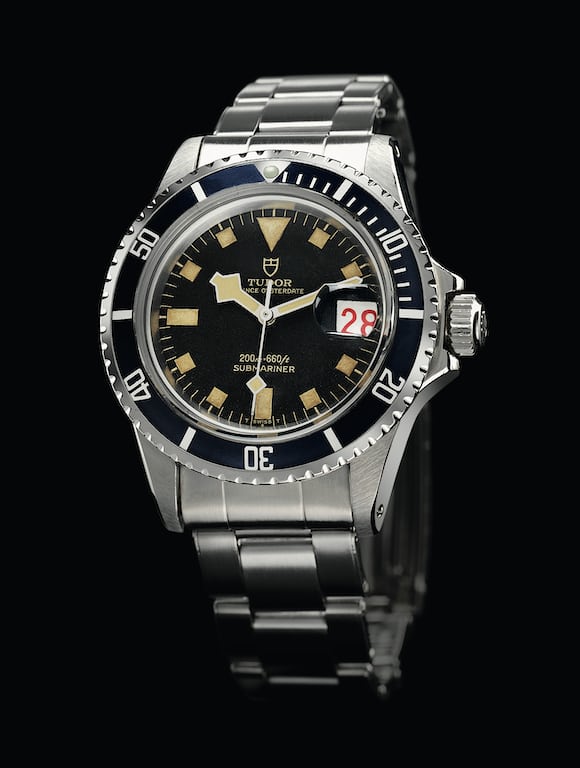 The lume is described as “cream colored” by Tudor, and there have been some objections to this on the grounds that it’s a sort of ersatz vintage look. In theory I agree with this, as I think pre-aged lume in a technical dive watch goes against the premise that you’re getting something whose design should be grounded in practical considerations, but, in practice, the off-white coloration is so subtle that you almost have to be told it’s there to pick up on it. It certainly doesn’t come across as the sort of obvious faux-tina a lot of folks don’t care …read more